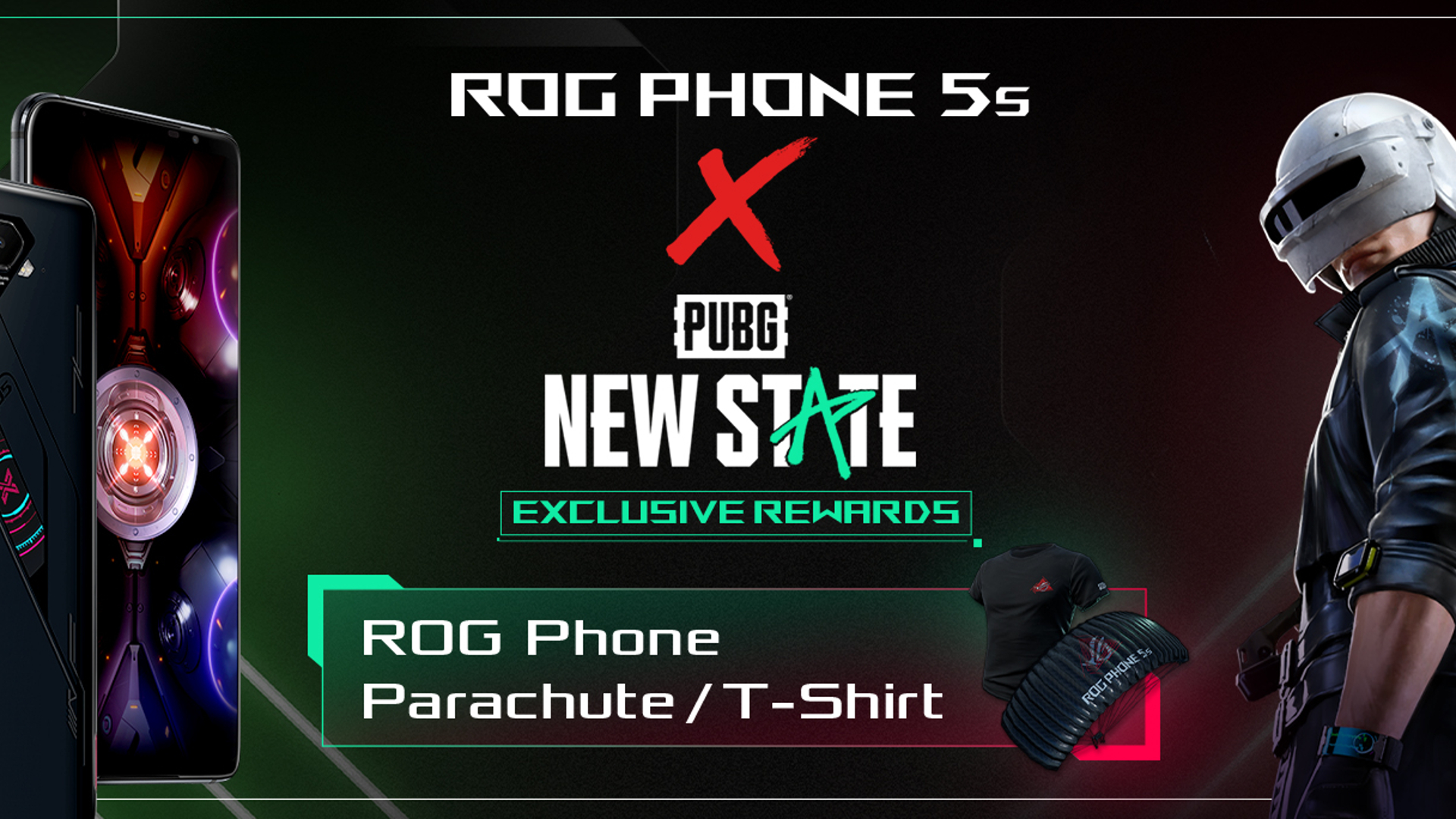 Starting in November, this exciting new collaboration will present a global series of elite showmatches, ROG Phone 5s x PUBG NEW STATE Elite Showmatch, with a combined prize pot of gaming gear worth over US$50,0001. The campaign will feature a series of 100-player online tournaments across the EMEA and APAC regions.

With the participation of a combined total of over 20 top influencers from around the globe, players can join the survival matches to pit their skills against their local influencers. These influencers will not only join the battles but will also live-stream the matches on their social media accounts, allowing the entire world to watch the combat.

With the boosted performance of the ROG Phone 5 series, including the integrated Snapdragon Elite Gaming of the QualcommÂ® Snapdragon 888+ Mobile Platform, up to 18 GB RAM, and the famous X Mode, the unbeatable gaming phone can give users the ultimate PUBG NEW STATE experience.

Prizes will consist of gaming gear to a combined total prize value of over US$50,000. The overall winner will receive a full gaming hardware upgrade, plus a ROG Phone 5s gaming phone. ROG fans in participating regions, including Germany, France, UK, Sweden, Norway, Denmark, Malaysia, Hong Kong, Thailand, Indonesia, Philippines, Russia, Japan, and Taiwan, can also get unique in-game items â€” including ROG-branded parachutes and T-shirts â€” to put on their game characters.

For more details and information, you can visit the official website here.