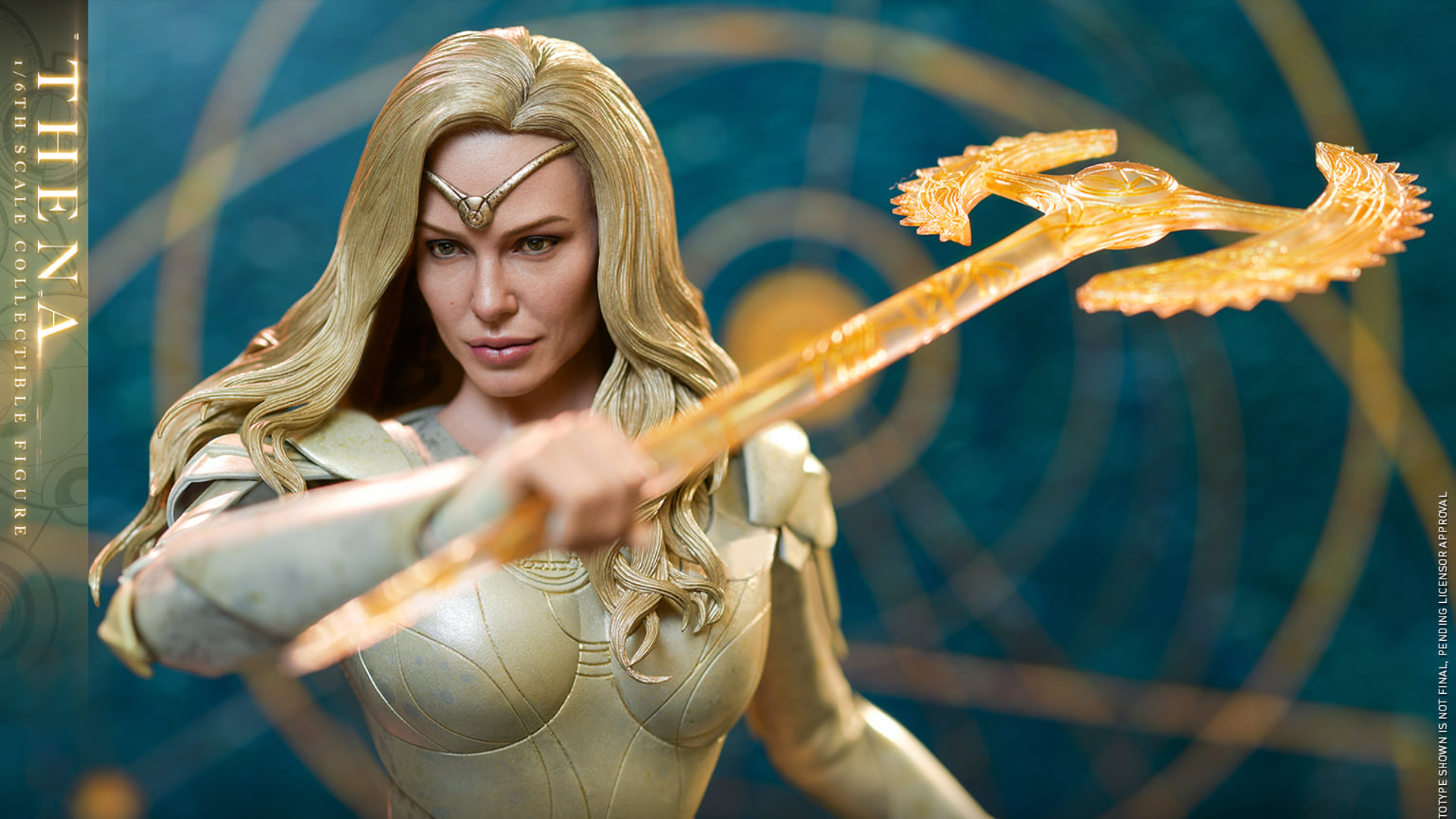 Hot Toys have announced a new 1/6th scale collectible figure of Thena (who is played by Angelina Jolie in Marvel’s Eternals).

As an Eternal, Thena is part of a group of ancient, immortal beings working on behalf of the cosmically powerful celestials to protect the universe. More comfortable in battle than anywhere else, Thena has the ability to use pure cosmic energy to form any handheld weapon she can think of is.

Masterfully crafted based on the screen appearance of Angelina Jolie as Thena in Eternals, the figure features a newly developed head and blonde hair sculpture with stunning likeness, beautifully tailored suit and patterned armours in champagne gold colour with metallic accent, her iconic weapons in translucent colour with gold geometric patterns including a shield, an axe, a spear, a long sword, a short sword and a dagger; as well as a figure stand.

Marvel Studiosâ€™Â EternalsÂ follows a group of heroes from beyond the stars who had protected the Earth since the dawn of man. When monstrous creatures called the Deviants, long thought lost to history, mysteriously return, the Eternals are forced to reunite in order to defend humanity once again.

These Are Your 2019 Formula 1 New Balance Esports Teams