The fourth episode of HawkeyeÂ Season 1 is now streaming on Disney+ Hotstar Malaysia. Iâ€™ll be discussing heavy spoilers so if you havenâ€™t seen it or want to avoid spoilers, nowâ€™s your chance to stop reading.

You can check out my previous breakdowns ofÂ Hawkeye Episodes 1 and 2 hereÂ and Episode 3 here.

Jack Duquesne Is The CEO Of ‘Sloan Limited’, ‘Big Guy’ Could Be Kingpin 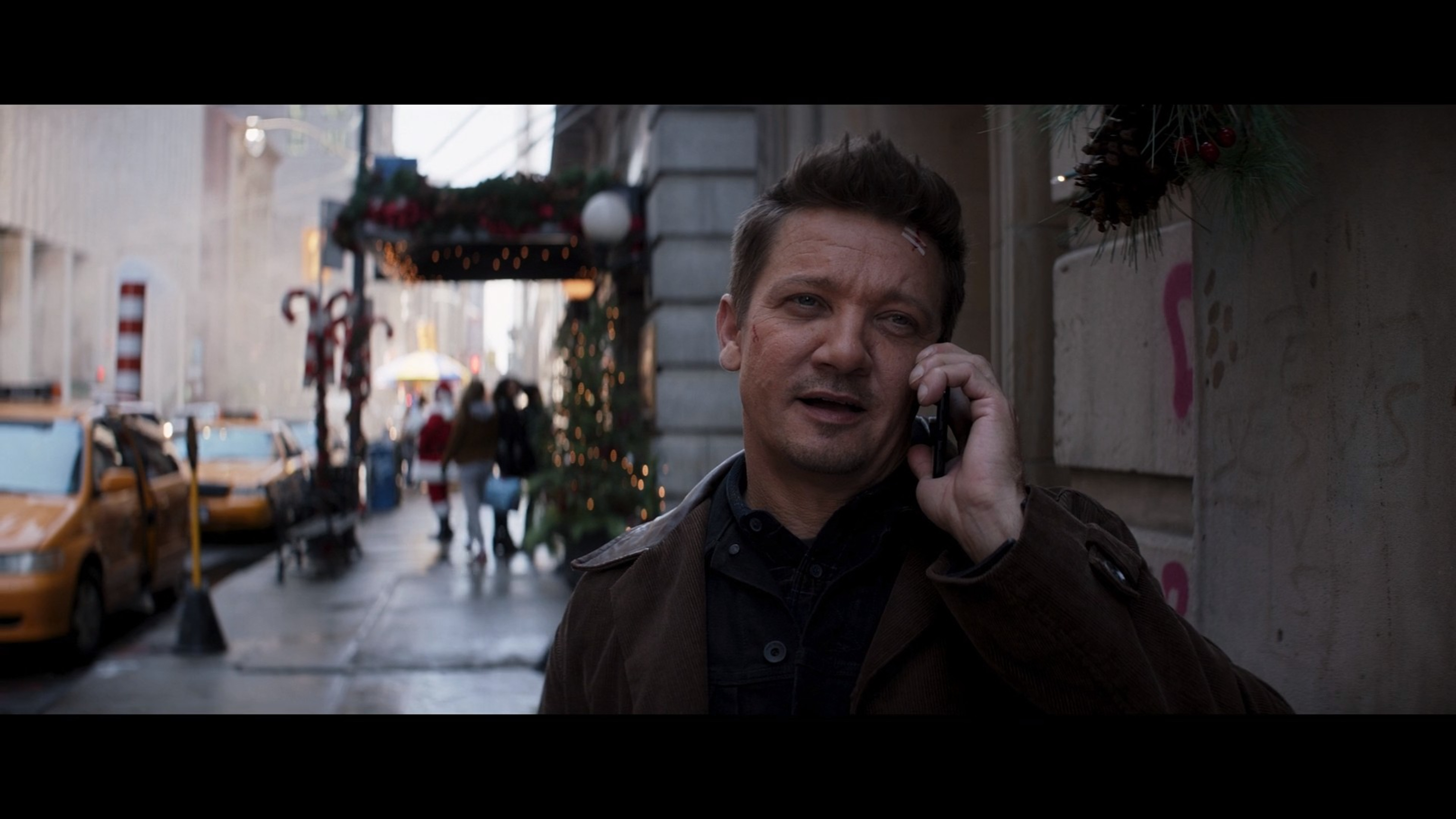 Clint asked his wife to investigate Sloan Limited, the company that Kazi supposedly works at and it turns out that Jack Duquesne is the CEO of the company, which is a front for laundering money. Clint also mentions that Jack might be laundering money for the “big guy”. This ‘big guy’ could be Wilson Fisk AKA the Kingpin. 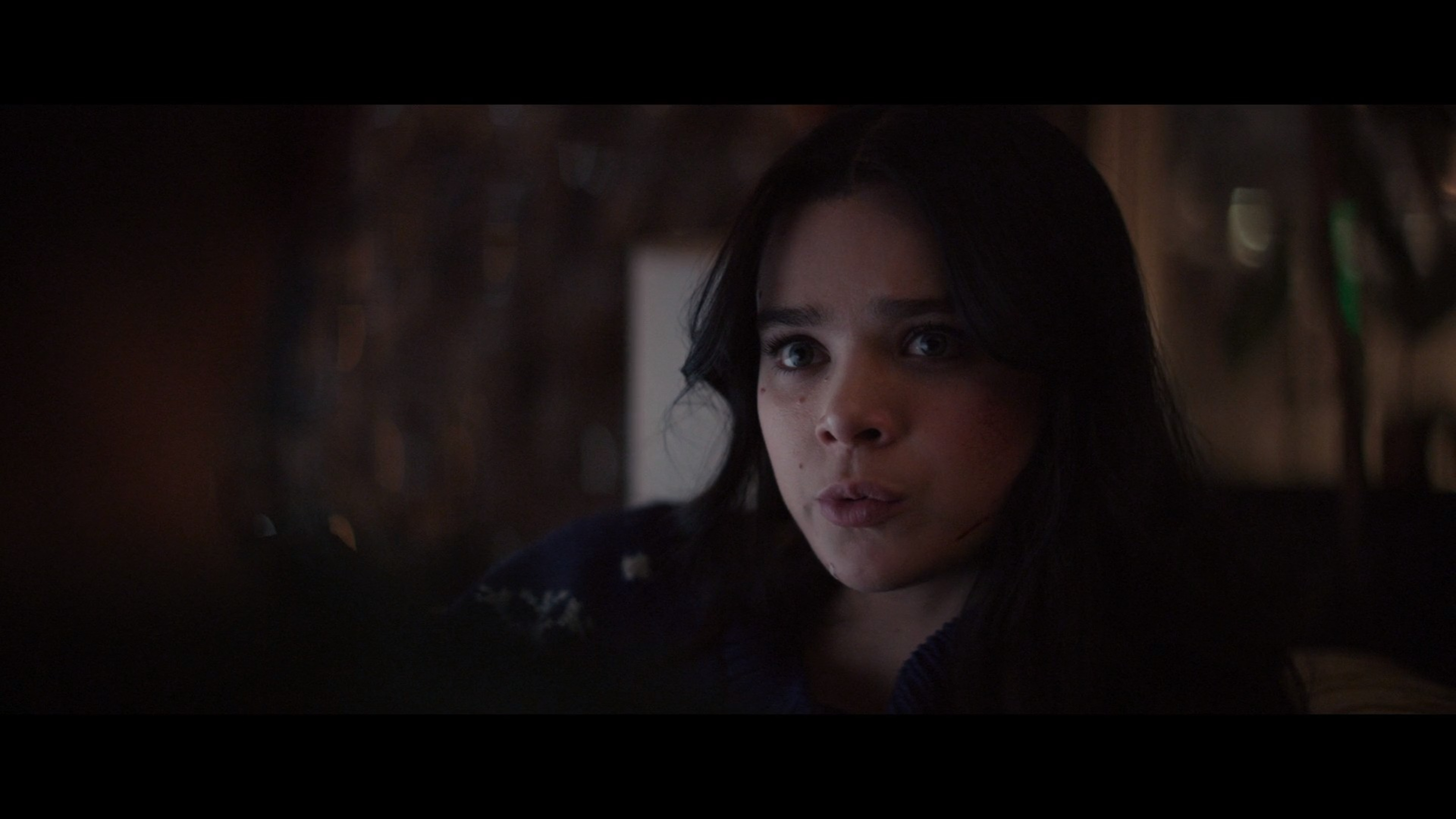 In one amusing scene between Clint and Kate, she proposes a boomerang trick arrow, to which Clint replies with “Why would I ever want to use a boomerang arrow?”

This is funny because in the comics by Matt Fraction and David Aja, that’s exactly what he did use and gave to Kate. Check out the pages from that comic below: 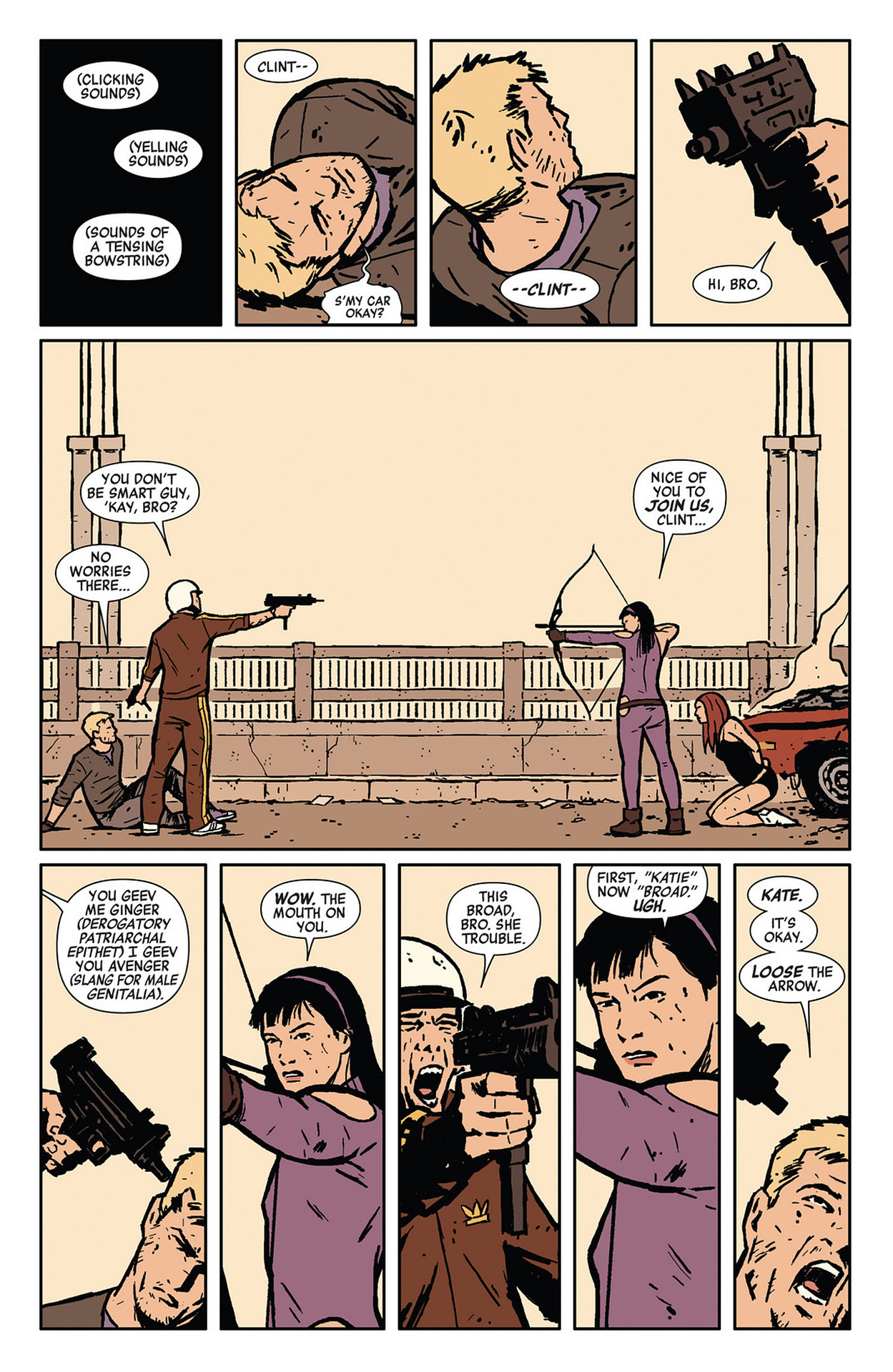 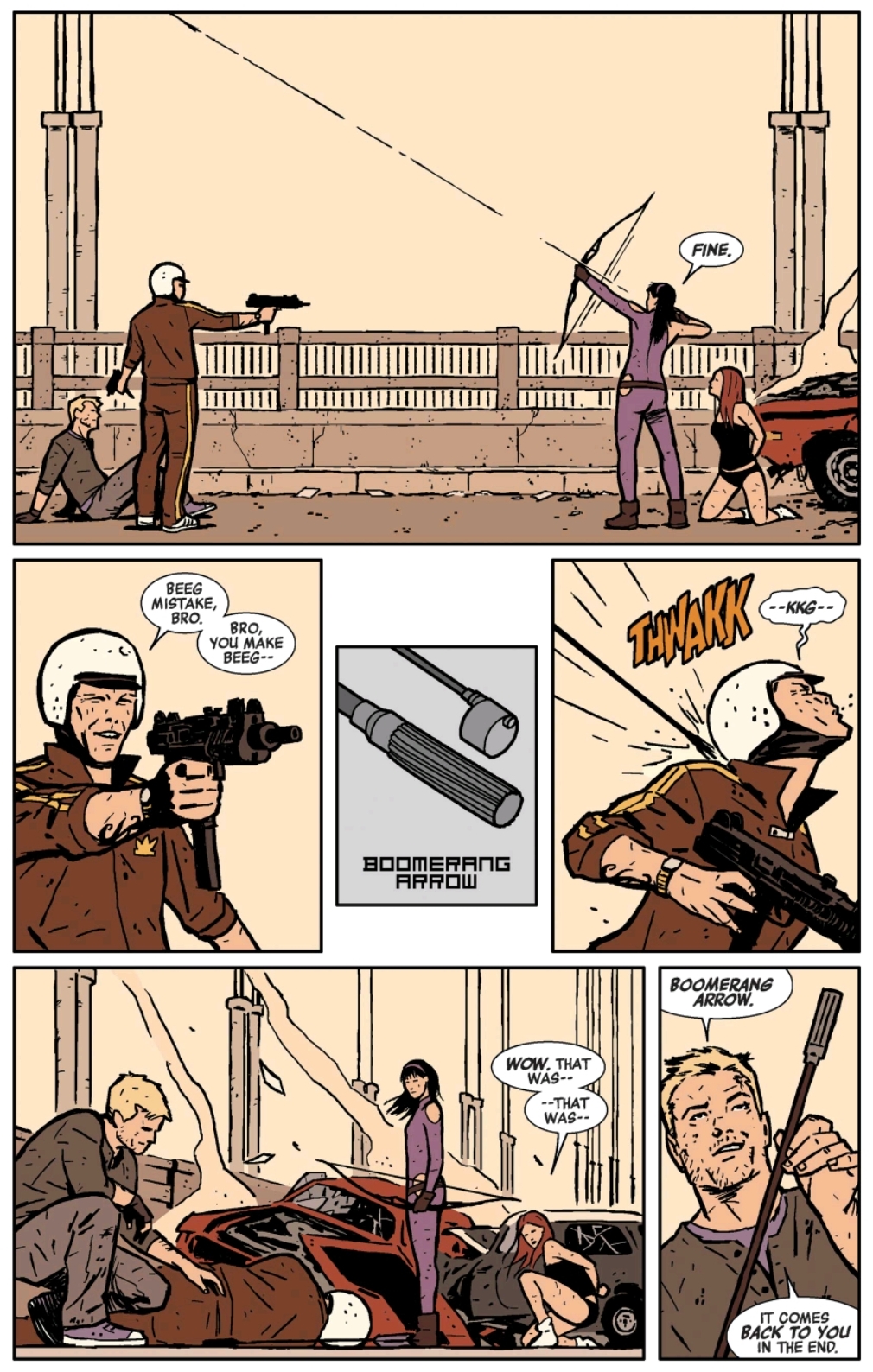 Clint And Kate Gets Attacked By Yelena Belova 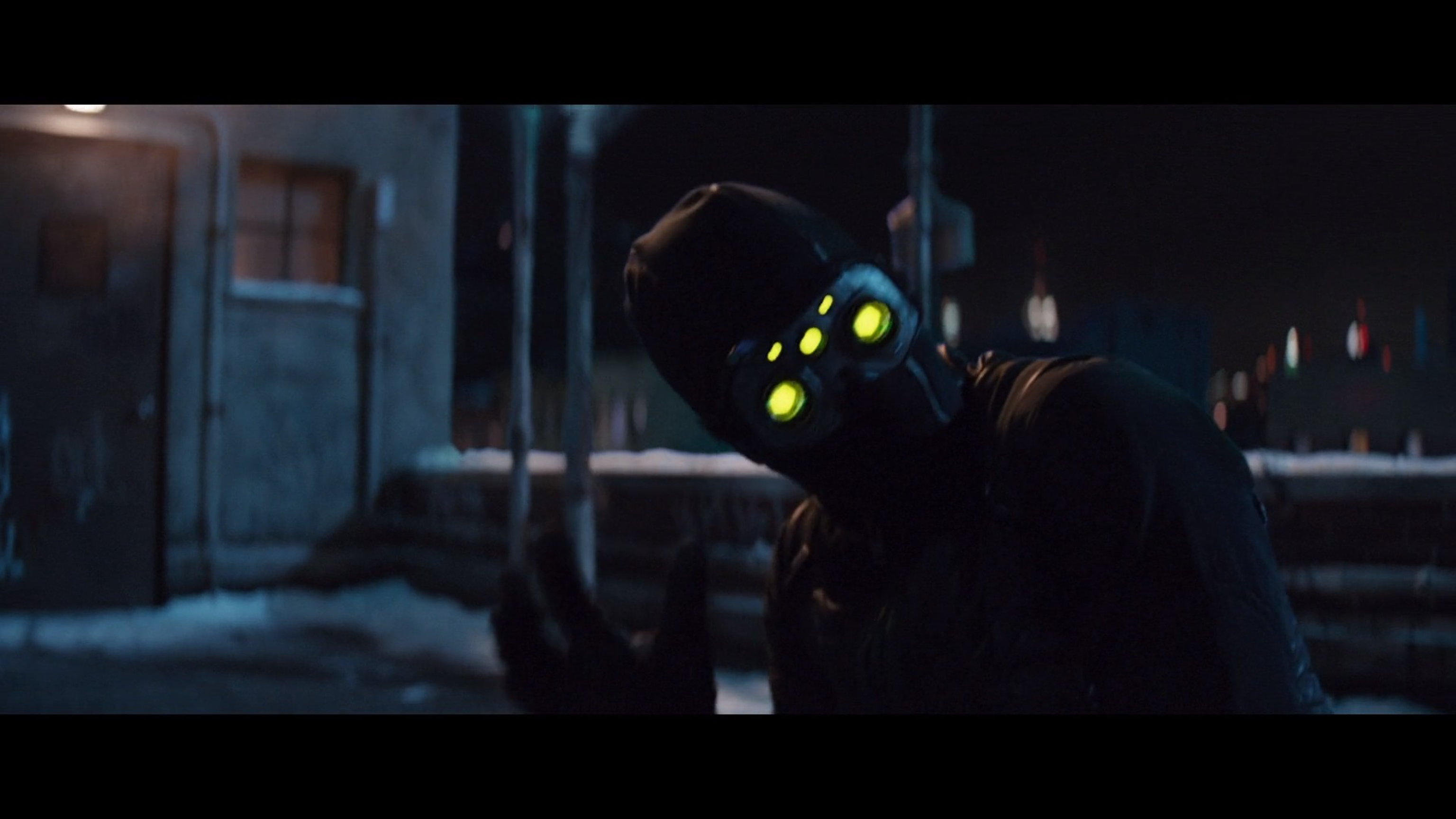 Near the end of the episode, while breaking into Maya’s apartment, Clint and Kate get attacked by an assassin clad in black stealth attire. It turns out to be none other than Yelena Belova. Florence Pugh was already confirmed to reprise her role as the Yelena Belova, and here she appears for the first time since the Black Widow movie.

If you don’t remember, in the post-credits scene for Black Widow, Valentina Allegra de Fontaine (Julia Louis-Dreyfus) recruited Yelena Belova for a mission to kill Clint. Valentina told Yelena that Clint was to blame for her sister’s death (Natasha Romanoff AKA Black Widow). 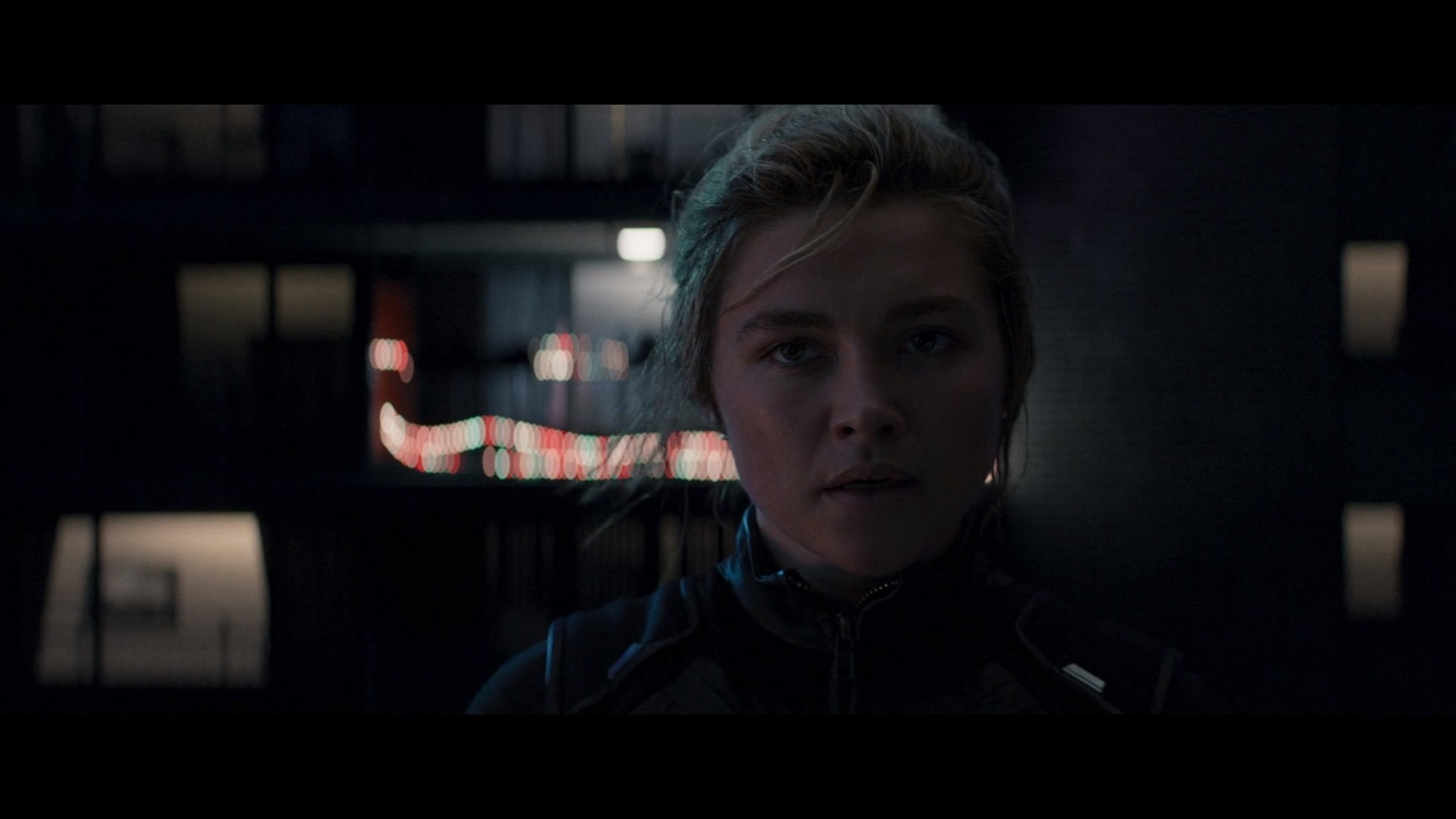 It looks like she really is hunting down Clint. Also, it seems like while Clint does know that Yelena is a Black Widow assassin, it is highly likely that he doesn’t know that she is Natasha’s sister. To be fair, almost no one else knew of Natasha’s estranged family members featured in the Black Widow movie.

Things are definitely heating up, and now we have multiple threats. Clint tells Kate to stand down because he doesn’t want Kate to fall to the same fate as Natasha. There are only two episodes left, so we can probably look to everything escalating even further as we head into the finale in two weeks.

(Updated on 17 March 2021) It's been officially confirmed. Zack Snyder's Justice League will also debut on HBO GO Asia in the following countrie...

Sad that BlizzCon 2020 isn't happening thanks to COVID-19? No worries, there's going to be an online BlizzCon due for early next year. According to a...