The new JoJo’s Bizarre Adventure entry from David Production, Stone Ocean, is about as madcap an adventure as you can get. And equally as deep and convoluted unless you’re standing tall with the series through thick and thin. 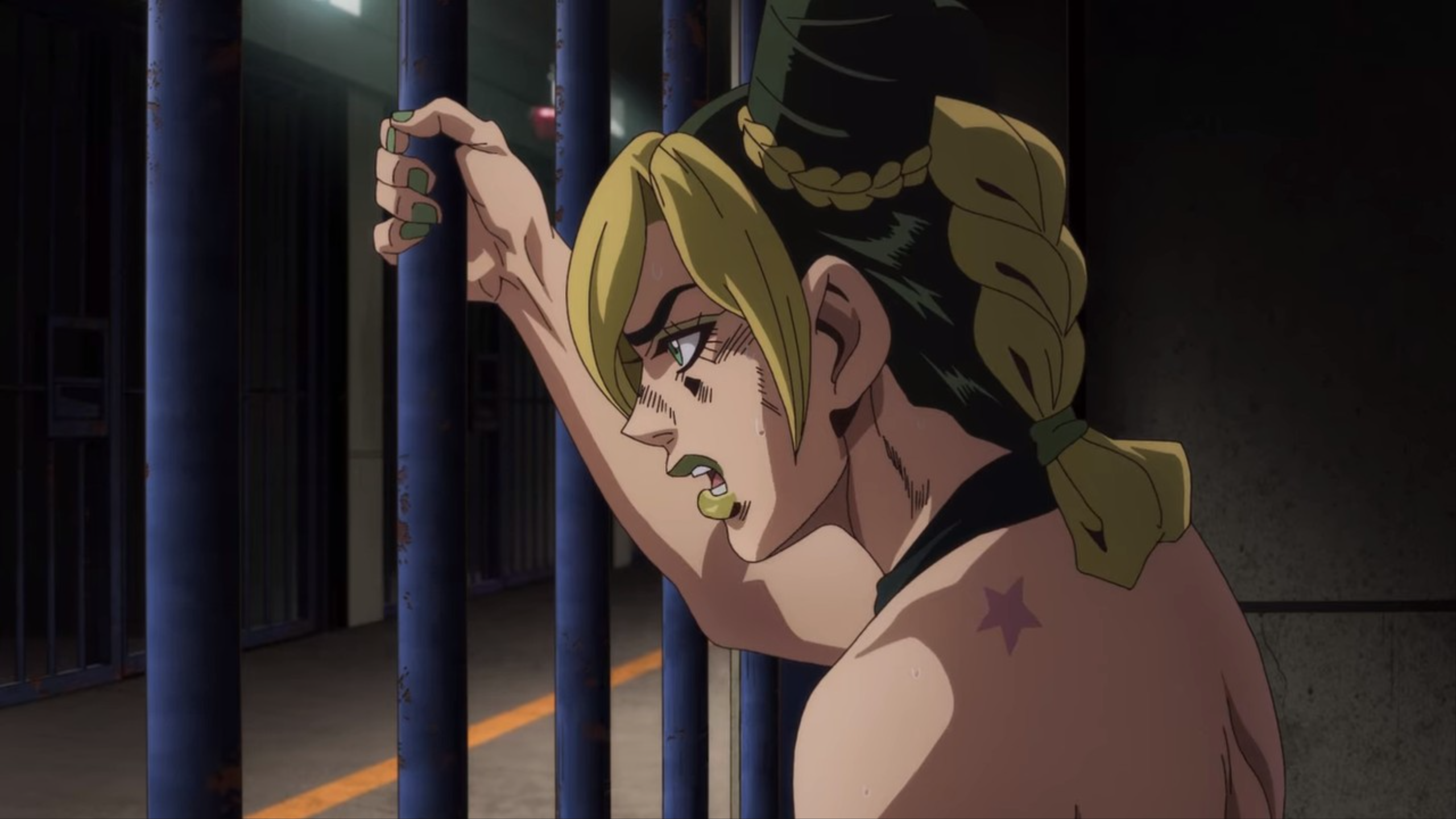 The plot focuses on the next JoJo bloodline character: Jolyne Cujoh, the daughter of Stardust Crusaders’ hero Jotaro Cujoh. She’s been wrongfully incarcerated in a high-level security prison called Green Dolphin Street Prison by forces beyond her control, and ends up getting magic ghost powers (called Stands) that lets her shoot out threads that can listen in on conversations and manipulate things from a good distance. And also throw out the “ora ora” punch combos when needed. Of course, other prisoners in the facility also have Stand powers, and they get in the way of Jolyne’s quest to uncover the conspiracy that stems from the events of Stardust Crusaders.

In case the entire paragraph isn’t already obvious, you will need to do a lot of homework to get most of the story and weight behind the actions. It’s called Book 6 for a reason: the earlier volumes tie into the grand scheme of Stone Ocean’s main plot. You will miss out on a lot of the lore if you enter into this series blind at this point. 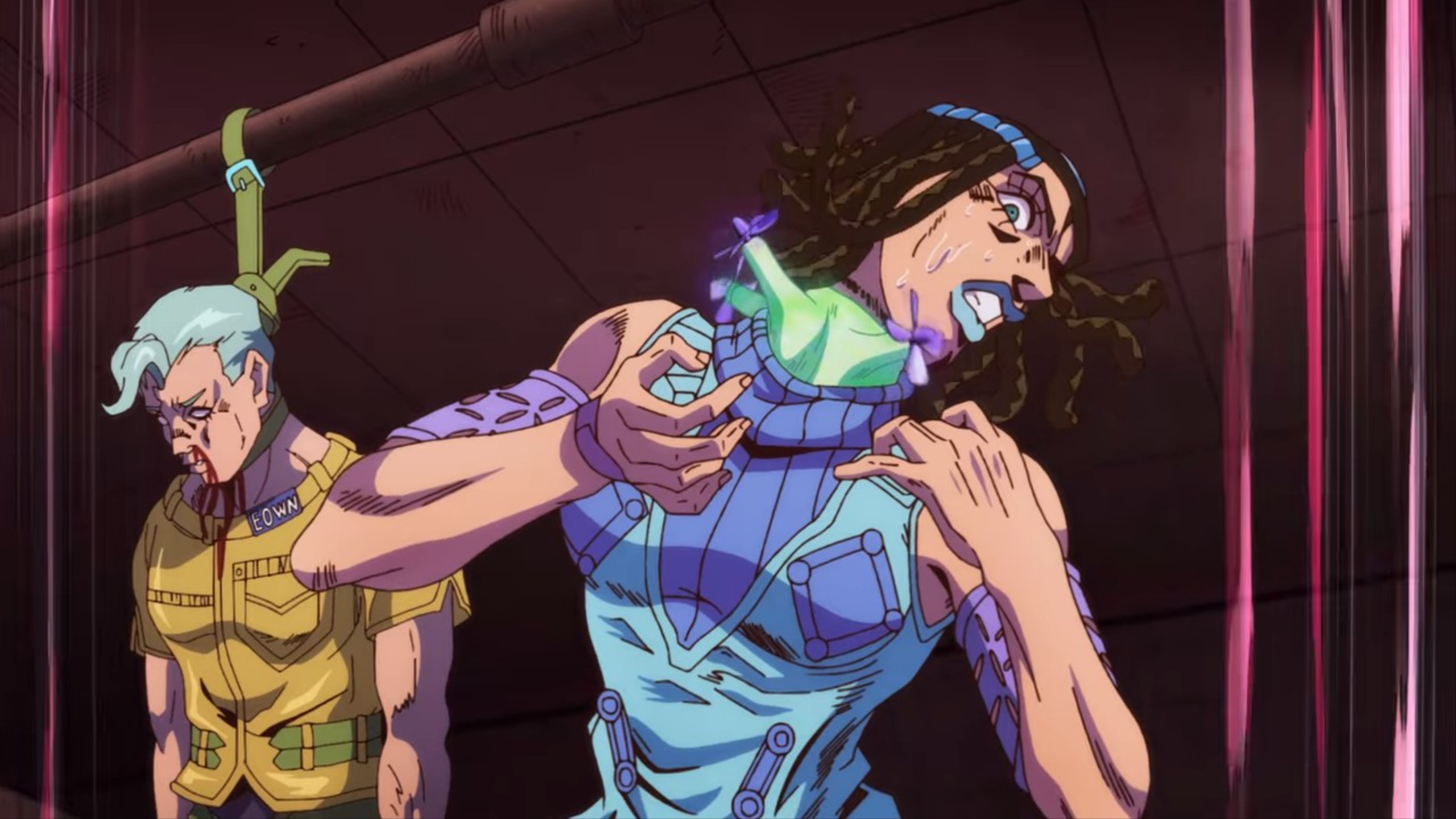 Thankfully, Stone Ocean maintains the bravado and energy of the last few books and adds in its own new take. We’re now dealing with a mostly female protagonist stuck in jail for reasons beyond their control, getting by in a broken system and making do with the limited powers they have. Our main character Jolyne is naive, but she’s got a good heart and doesn’t take guff from anyone when she has her head on straight. Understandably, she gets emotional and is a tad broken given her strained family relationship and her trouble-making/attracting nature. Both the Japanese and English VOs (Fairouz Ai Kadota and Kira Buckland respectively) do a great job in portraying that fine balance between a greenhorn prisoner and an empowered woman who rises up to the occasion when needed.

The other cast is also interesting and fun to follow, from the obligatory inmate buddy Ermes Costello who has her own quick story to the mysterious Weather Report who showcases his power that’s derived from his name. The show’s mysterious antagonist is also built up pretty well, highlighting their lineage with the series’ past villain and their capricious nature which fits well with their Stand’s abilities.

Speaking of which, the Stand powers in the 12 episodes here are fun to watch and are riveting. Half the fun is figuring out how our heroes get out of their current predicament. This includes a zero-gravity situation (in prison on Earth, mind you) to arguably the deadliest game of catch in pop culture history that reminds me of that one episode of Friends where the group throw the ball without dropping it. Except with magic ghost powers.

From Crying When He Calls Your Name… 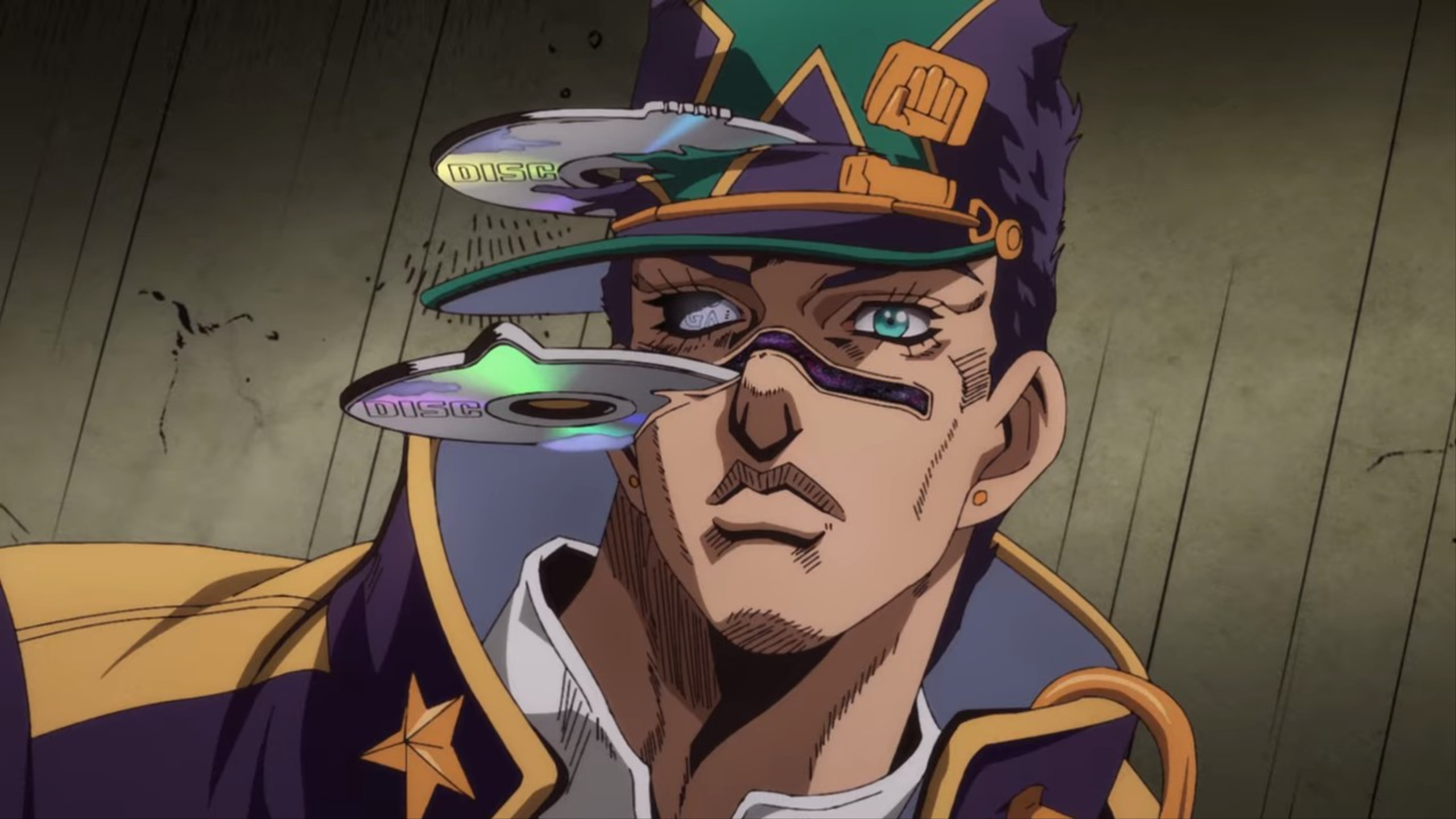 Stone Ocean is basically more JoJo’s Bizarre Adventure, like it or not. I’m in the “like” category just because of the namesake’s bizarre (battle) tendencies. However, it still retains the many tropes that people aren’t fans of, especially if shonen manga adaptations aren’t their bag. Loads of overbearing narration, deus ex machine type plot things, and coincidences aplenty that line up well to the hero’s favour to a point.

And while you can still enjoy most of Stone Ocean without research for the first three books, you may miss out on the nuances and gravity of the narrative unless you at least know what happened in the previous early entries. Keep in mind that Stone Ocean’s main story is not done yet; we still have the second half of the story arc to deal with in animated form. For now, it’s good to have more JoJo nonsense to entertain us, now with 100% more girl power and the crazy-ass prison they’re stuck in. 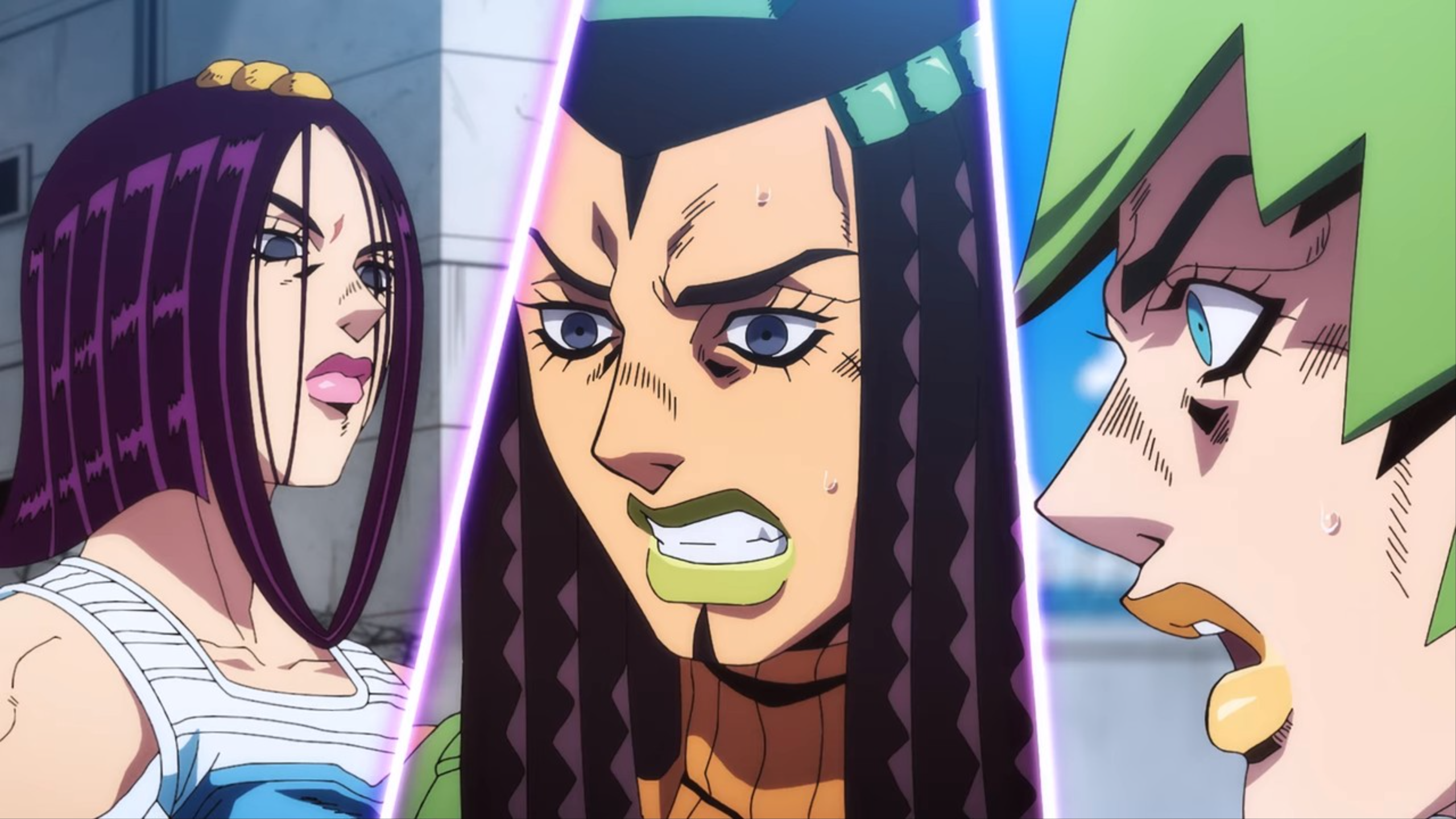 Reviews
PGA Tour 2K21 Wants To Be Golf For Everyone, But Can't Convert Newcomers

Update: PGA Tour 2K21 is developed solely by HB Studios. Previously we've stated that the game is also made by Maximum Studios. We regret the error an...

The Violet Evergarden: Eternity and the Auto Memory Doll side story movie is coming to Netflix on April 2. The streaming service, which also has the s...