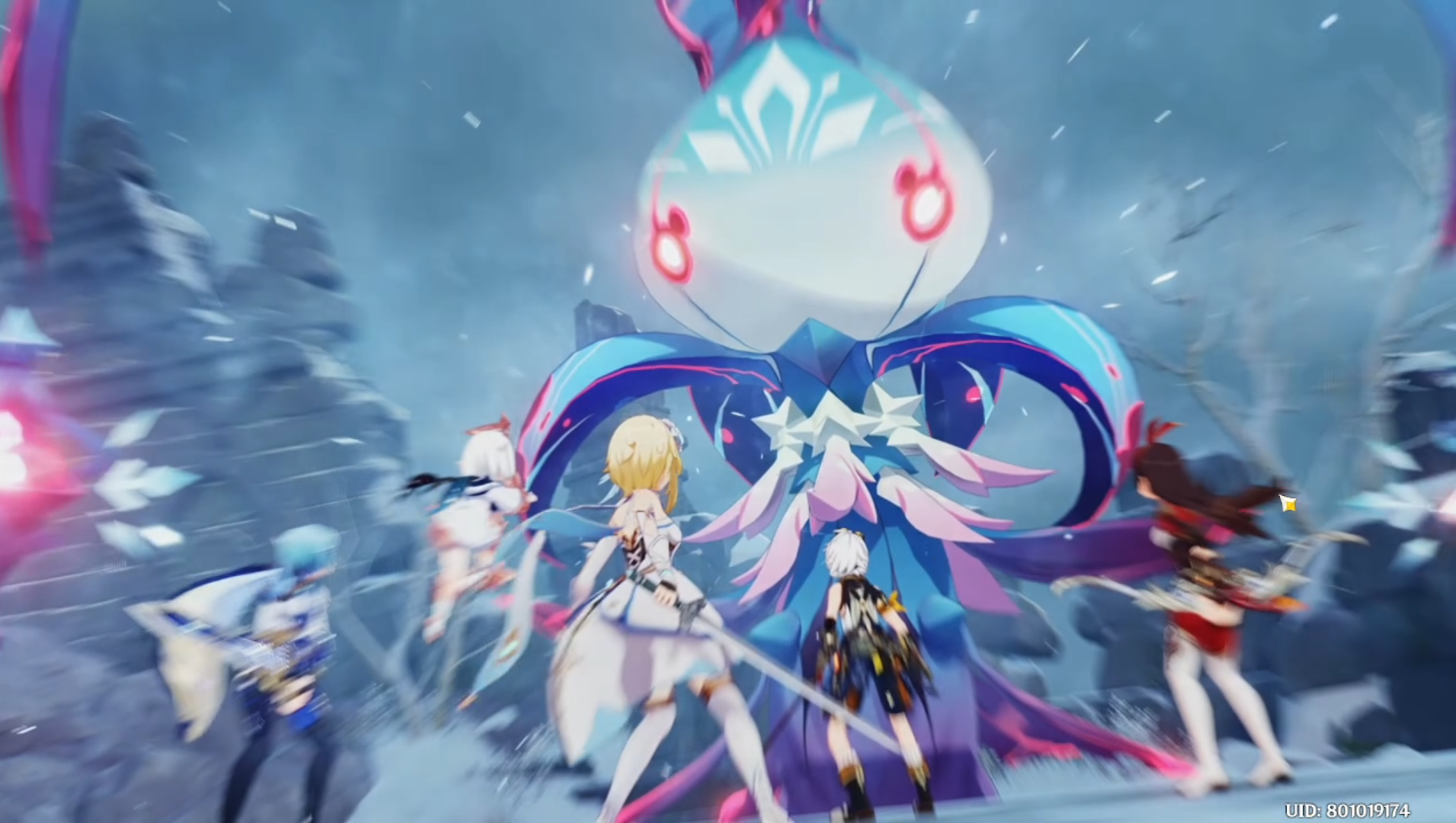 Genshin Impact’s latest Dragonspine quest line features a unique boss for you and your party to take down: the Fellflower Boss. Before you start, do check out our other guides to help you out.

Complete the second half of the Shadows Amidst Snowstorms questline featuring Albedo. You’ll eventually get to fight the Fellflower. After that, you can participate in the boss fight multiple times for profit!

This special boss is pretty easy: get rid of its ice armour, sort out its Arcane Fruits and Essence, and then deal with its weaker-but-still-formidable second form. You can either solo this with your own party or team up with online players to tackle this boss.

Here are the steps and phases to keep in mind.

The first phase of this fight has the Fellflower completely shielded. To break its defenses, youâ€™ll need to destroy the Arcane Fruits – the large red crystals thrown out one at a time. The Arcane Fruits also have certain attack patterns, such as crashing down on the ground or firing projectiles.

After an Arcane Fruit is destroyed, three to four Arcane Essences will spawn. Pick these small crystals up to prevent the boss from assimilating them and replenishing its shield.

The boss will do the following attacks:

Once the Fellflower’s armour has been fully depleted, it shrinks and will fight in its second phase. Here are its main attacks:

Defeating the Fellflower will net you Vanquisher’s Emblems. Use these to buy special items at the limited time store.

Here are the tasks to earn you more Vanquisher’s Emblems: