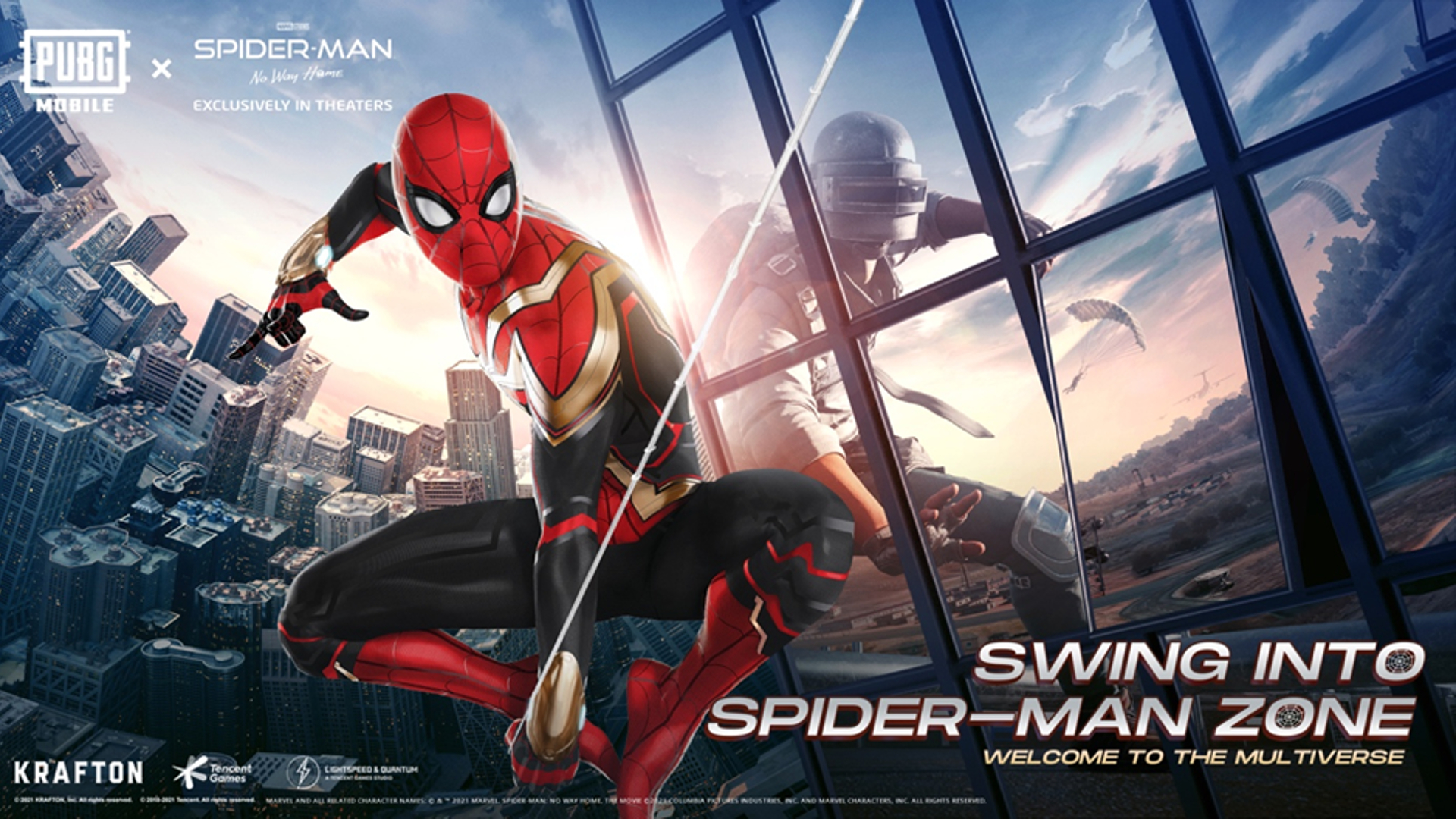 PUBG MOBILE has announced a promotional partnership with Sony Pictures and the hotly anticipated Spider-Man No Way Home, as the gameâ€™s first collaboration with Sony Pictures. Starting from today, players around the world will have the opportunity to get exclusive items such as collaboration graffiti by completing in-game missions. More details on gameplay and items will be revealed with the launch of PUBG MOBILE Version 1.8 update in mid-January.

â€œSpider-Man is one of the most beloved characters both in the Super Hero world, and more widely in popular culture.

The opportunity to team up with Spider-Man: No Way Home means that we can bring the excitement and anticipation of the film and character to PUBG MOBILE, something weâ€™re certain our players, and Spider-Man fans, are going to love.â€

â€œThis exciting collaboration will allow fans around the world to expand their engagement with their friendly neighbourhood Spider-Man through PUGB MOBILEâ€™s state-of-the-art gaming experience â€“ all while on the go with their mobile phone.”

In Spider-Man No Way Home, for the first time in the cinematic history of Spider-Man, our friendly neighbourhood hero’s identity is revealed, bringing his Super Hero responsibilities into conflict with his normal life and putting those he cares about most at risk. When he enlists Doctor Strangeâ€™s help to restore his secret, the spell tears a hole in their world, releasing the most powerful villains whoâ€™ve ever fought a Spider-Man in any universe.

Now, Peter will have to overcome his greatest challenge yet, which will not only forever alter his own future but the future of the Multiverse. Spider-Man No Way Home will be swinging into local Malaysian cinemas from 16 December 2021.

Stayed tuned for more details on the PUBG MOBILE x Spider-Man: No Way Home promotional partnership, to be revealed with the launch of the PUBG MOBILE Version 1.8 update in mid-January.

PUBG MOBILE is available to download for free on the App Store and Google Play Store.

In the meantime, check out our spoiler-free Spider-Man No Way Home review by heading over here.

Three All Elite Wrestling Games Are In The Works