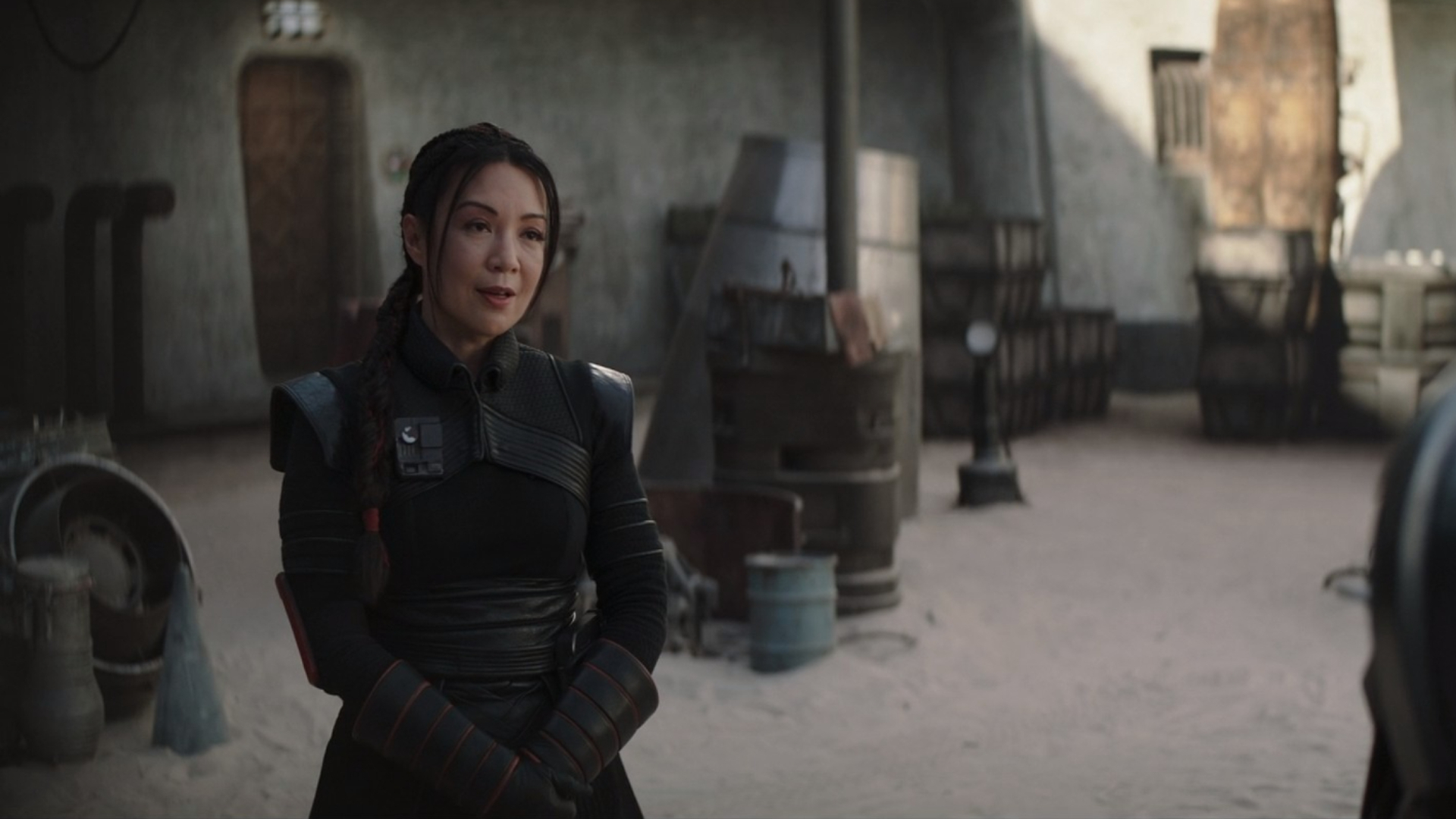 The fifth episode of The Book Of Boba FettÂ Season 1 is now streaming on Disney+ Hotstar Malaysia. Iâ€™ll be discussing heavy spoilers so if you havenâ€™t seen it or want to avoid spoilers, nowâ€™s your chance to stop reading.

You can check out my previous breakdowns ofÂ The Book Of Boba FettÂ Episode 1,Â Episode 2,Â Episode 3Â and Episode 4 here.

The ending of Episode 4 teased the arrival of The Mandalorian AKA Din Djarin, and it’s true. He appears in the opening moments of Episode 5 on a job to hunt down a target named Kaba Baiz.

And Din Djarin Still Has The Darksaber

Now we know whether he kept the Darksaber or gave it to Bo-Katan at the end of The Mandalorian Season 2.

Star Wars Has Its Own Ringworld

A ringworld or ring planet is a common thing in many sci-fi properties, but this is probably the first time that it’s been seen in Star Wars. One of the most popular examples of a ringworld is in the Halo franchise.

The Heavy Armoured Mandalorian Is Part Of The Vizsla Clan

The name of the heavy armoured Mandalorian is Paz Vizsla. His family name will sound familiar to Star Wars fans who have watched Star Wars The Clone Wars or Star Wars Rebels. Pre Vizsla was the leader of the Mandalorian terrorist organization Death Watch and he was the wielder of the Darksaber at the time before getting killed by Darth Maul.

The Great Purge Or The Night Of A Thousand Tears

The Empire committed genocide on the planet Mandalore in the Great Purge or The Night Of A Thousand Tears, and this is the first time that we’ve seen a depiction of it. The only reason that Din Djarin’s sect survived is because they were in hiding on the moons of Concordia.

If you’ve never watched The Mandalorian, you probably wouldn’t know what a Foundling is. Basically, it’s anyone who is adopted by a Mandalorian and can therefore be raised as a Mandalorian. Din Djarin himself is a Foundling.

Din Djarin Has To Atone For Having Removed His Helmet

Din Djarin wins his duel against Paz Vizsla, but he has to atone for having removed his helmet by going the place below the mines of Mandalore.

Oh, hey, it’s a reference to the Star Wars Jedi Fallen Order game from Respawn Entertainment. In that game, protagonist Cal Kestis also has a BD droid as his companion, who he names BD-1.

The Naboo Royal Guard used these N-1 Starfighters in Star Wars Episode 1 The Phantom Menace. A young Anakin Skywalker piloted it back then.

The ship part that Din Djarin asks the Jawas to find is a cryogenic density combustion booster. This is actually the same part that Han Solo used to try and hold back the walls of the trash compactor in Star Wars Episode IV A New Hope.

Beggar’s Canyon was the same track that a young Anakin Skywalker pod raced through in Star Wars Episode 1 The Phantom Menace.

Din Djarin agrees to help Boba Fett but wants to visit his “little friend” first, which is likely Baby Yoda AKA Grogu.

Directed By A Returning The Mandalorian Director

Bryce Dallas Howard is not only beautiful and talented but she also directed several episodes of The Mandalorian, including Season 1 Episode 4 Sanctuary and Season 2 Episode 3 The Heiress. Her episodes have all been great, which means she likely inherited those “directorial” genes from her father, Ron Howard.

We only have two episodes left for The Book Of Boba Fett, so the climax inches ever closer. Until next time, excelsior!

Here's How You Can Change Your PlayStation ID

Nintendo Is Bumping Up Switch Output To Meet Demand