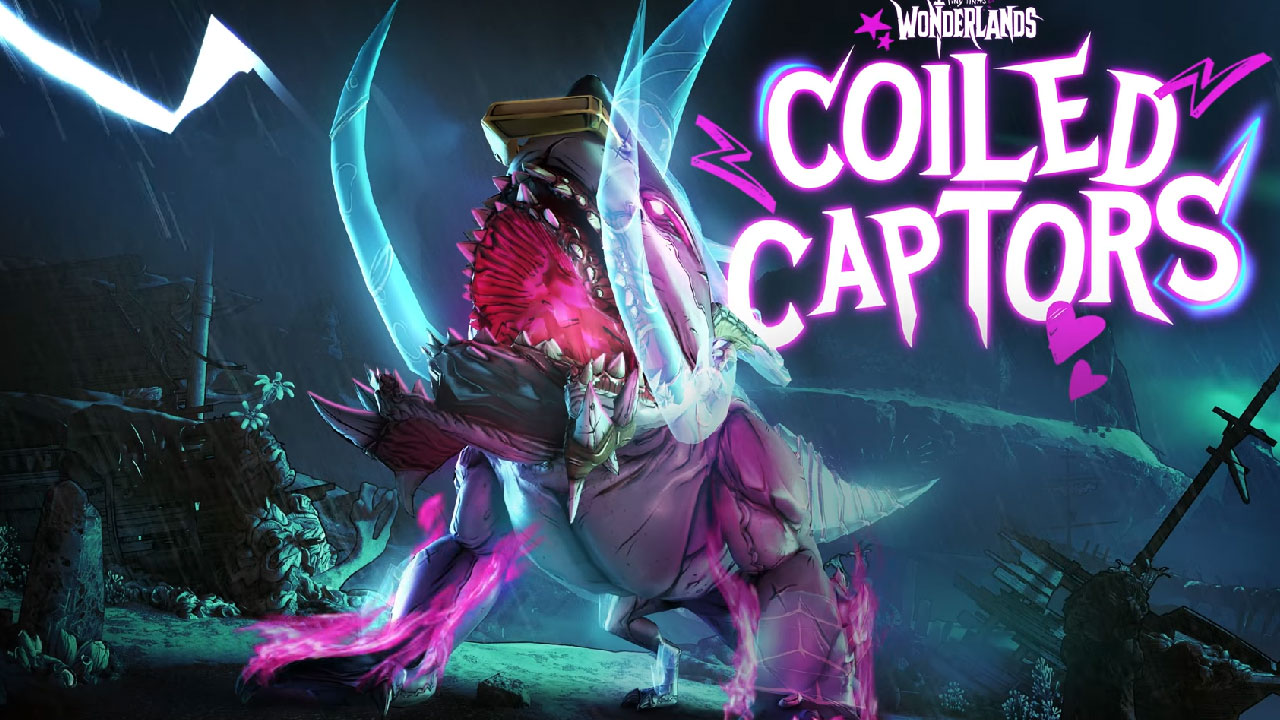 2K Games and Gearbox are releasing the first of its 4-part DLC for Tiny Tina’s Wonderlands later this April. Sooner, in fact.

Tiny Tina’s Wonderlands new DLC, Coiled Captors, will be out on 21 April. This is part of the game’s Season Pass.

“Coiled Captors begins in Dreamveil Overlook, where the enigmatic fortune teller Vesper awaits. Eons ago, the Coiled naga got the biggest catch of all: an old god. They trapped the being within the sharp-toothed, leathery-skinned body of a mighty seawarg, caging it deep within an icy mountain. Only you have the power to free him from his fleshy prison—but doing so means wading through wintery wastelands, arid ruins, and flooding caverns full of enemies.”

With a new area comes new loot and challenges, as stated below:

The rest of the Season Pass DLC will include more boss fights, new settings, a seventh class, and new cosmetics. The rest of the DLC will be announced later.  Check out the trailer and screenshots below.

This Borderlands 3 Roller-Coaster Is Hidden In Plain Sight