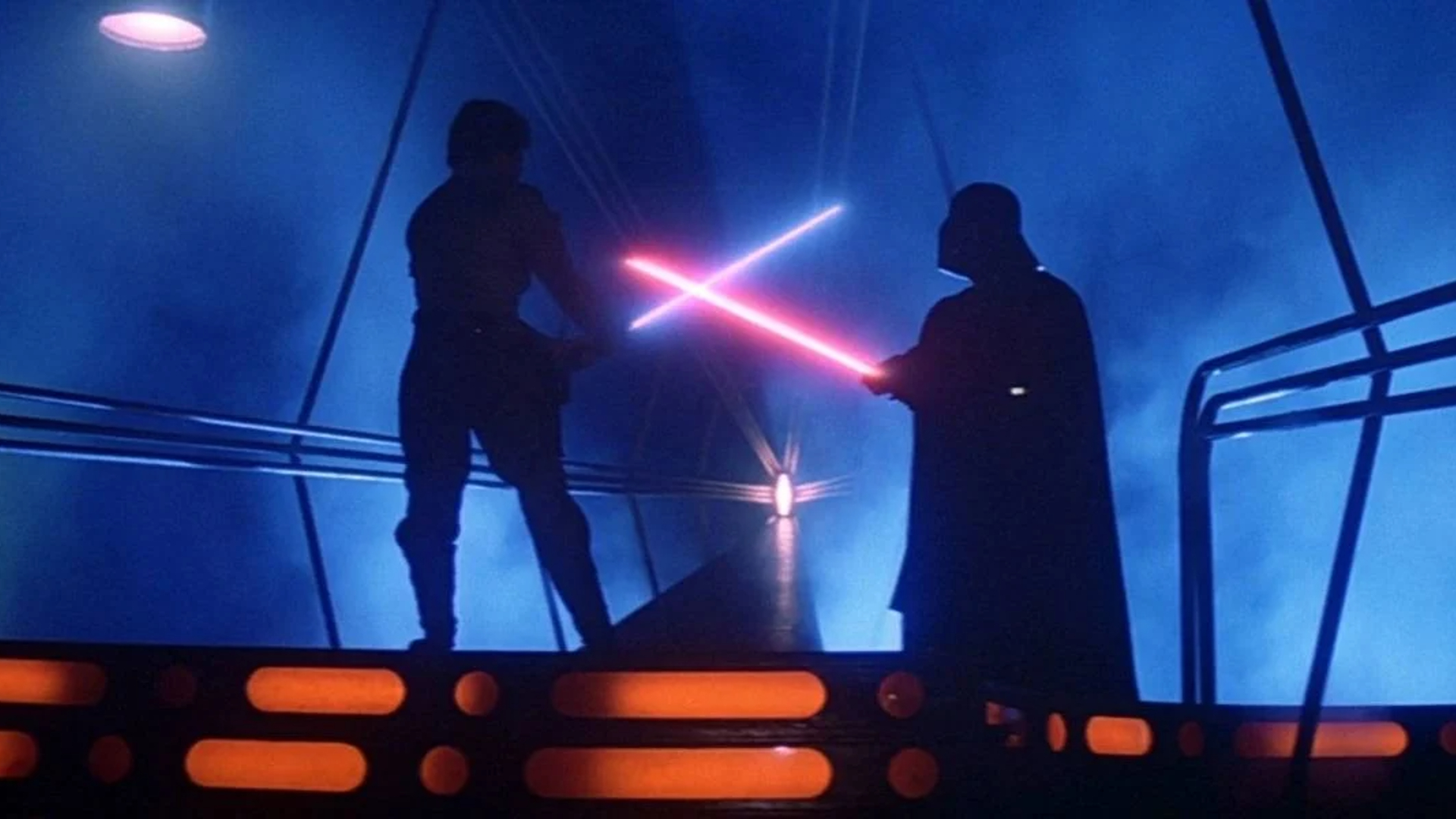 This duel is a masterpiece of emotion, as long as you’ve watched Star Wars The Clone Wars. Seeing the former Master and Padawan fight is heartbreaking and tragic, but the voice performances and writing makes it even more so. When Vader tells Ahsoka that Anakin is gone, she replies with; “Then I will avenge his death.”

Darth Vader replies; “Revenge is not the Jedi way.”, to which the badass Ahsoka counters with; “I am no Jedi.” This fight was a tremendous payoff for fans that had been watching The Clone Wars. It’ every bit as epic and bittersweet as fans expected.

When this fight happened, I was glued to the screen. How could I not? The most powerful Jedi and Sith faced off. This was the fall of the Jedi/Republic and the rise of the Sith/Empire, so this battle felt tragic because you knew that Yoda was doomed to fail. Also, it was awesome seeing Master Yoda deflect Sidious’ Force Lightning with nothing but his hands.

If nothing else, this lightsaber duel is definitely the one boasting the best and most complex choreography in the franchise, thanks mostly to Ray Park as Darth Maul. Also, this is the battle that made John Williams’ Duel Of The Fates one of the most iconic musical themes of the franchise, next to The Imperial March (Darth Vader’s Theme) and Binary Sunset, also known as the Force theme.

The most tragic and emotional lightsaber duel in the entire franchise. We know Anakin Skywalker is going to become Darth Vader, and it’s heartwrenching watching two emotionally tormented men trying their best to kill each other when they’re essentially brothers. Again, the score, Duel Of The Fates, plays another huge role in making this duel epic.

You could switch the positions of the top three lightsaber duels in this article, but this duel is undoubtedly the most legendary and iconic one, even if you’re not a Star Wars fan. This is the culmination of the entire Original Trilogy, and this duel cemented Star Wars as an enduring franchise that would still be as beloved as it was almost 40 years ago.

Here’s a joke entry, though a fight between Master Yoda and Darth Vader in Soul Calibur IV can be just as epic as any from the movies or shows.

Also, Master Yoda obviously wins thanks to his small hitbox.

Did I miss any of your favourite lightsaber duels? Let us know in the comments below. In the meantime, happy May The 4th and may the Force be with you, always.