During San Diego Comic-Con 2022, Marvel Studios unveiled a new trailer for She-Hulk, and it confirmed that Charlie Cox’s Matt Murdock AKA Daredevil will be appearing in the series. In fact, this will technically be the first time that he officially suits up in the MCU. Keen-eyed viewers would also notice that Daredevil will be sporting a comic-inspired yellow crime-busting costume. Check it out in the freeze-frame below. 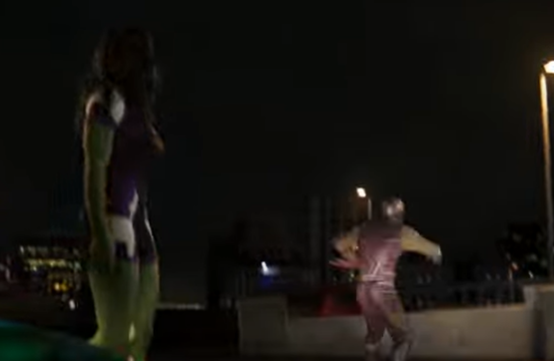 The trailer also reveals that the premise of the series will be Tatiana Maslany’s Jennifer Walters AKA She-Hulk will not only have to train under Mark Ruffalo’s Bruce Banner AKA the Hulk, but she will also have to represent Tim Roth’s Emil Blonsky AKA the Abomination as his lawyer. Along the way, she’ll meet other MCU characters as well, including Benedict Wong’s Wong.

She-Hulk will premiere on Disney+ Hotstar on 17 August 2022.

Check out the trailer below, as well as what a full recorded message from She-Hulk’s work number sounds like (via a SDCC 2022 She-Hulk promo poster).

Here’s the full recorded message from #SheHulk when you call the number on the new #SDCC poster! pic.twitter.com/dfwRBml7Kd

News
Borderlands 3 Director's Cut Vault Card 3 Is Out Now: Here's What You're Getting

Borderlands 3 is getting a Tiny Tina's Wonderlands-themed upgrade today. Gearbox just launched the latest Vault Card, which is a battle pass of sor...

Activision and Infinity Ward have revealed that Call Of Duty Modern Warfare Season One has added more content in its latest update. This includes thre...

Mattel and developer Milestone have added one of the most anticipated cars in the Hot Wheels Unleashed roster: the 1:64th scale replica of the legenda...