Allow us to be brutally honest here.

The Huawei D16 laptop is one of those laptop models which at first glance, may not be on your radar when screening for your next laptop to purchase. It looks generic and Apple fanboys will instantly point out its similar silhouette to the MacBook. But honestly, you don’t need an Apple fanboy to spot this ‘homage’.

However, with the D16 already ticking the necessary boxes in the style department, it also packs substance and sensibility into its overall package making it a very attractive proposition for anyone in the hunt of a reliable work or study laptop within the RM3599 to RM4000 range. How? Let us explain.

If we are to describe the look of the D16 in one word, it would be “clean”. No unnecessary nor garish lines to distract you from its industrial, straight-to-the-point look. Mimicking the look of the MacBook isn’t a bad thing at all. Huawei basically acknowledges what works, and added its own twist to an already successful design. No wrong here. The utilitarian design works for us, and even with its aluminum chassis, the laptop is reasonably light, tipping the scales at a respectable 1.7kg.

Mind you, this IS a 16-inch laptop. Since it is a work laptop, it is worth noting that ports aren’t an issue with the D16 as it comes with the following to maximize your productivity: 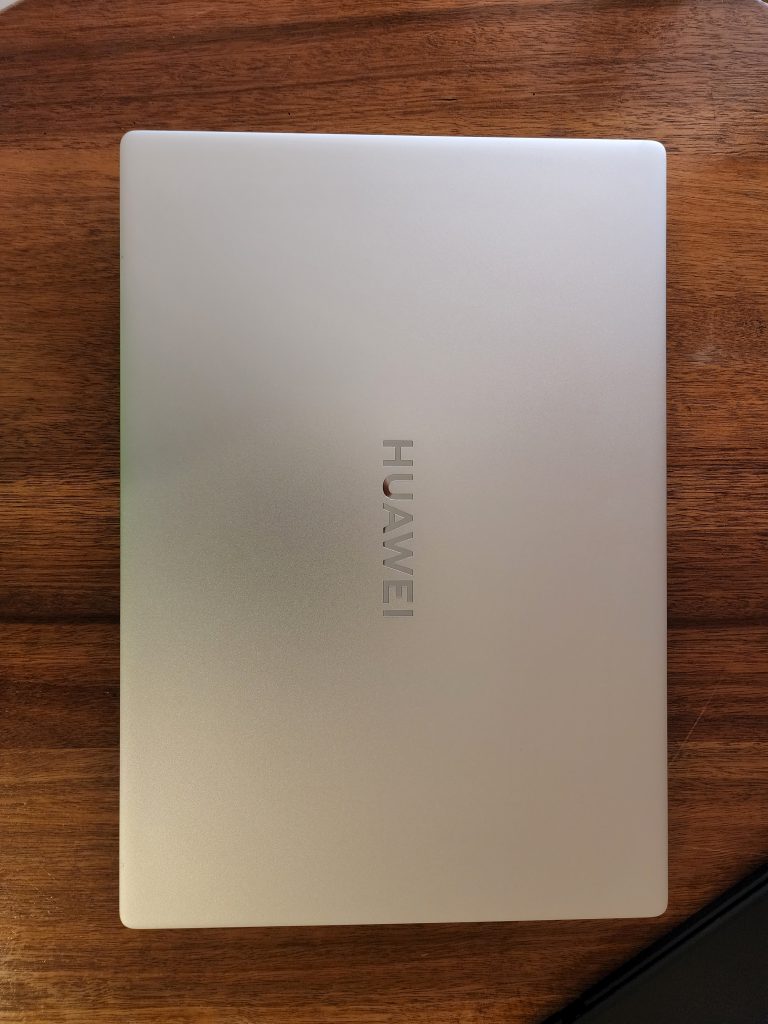 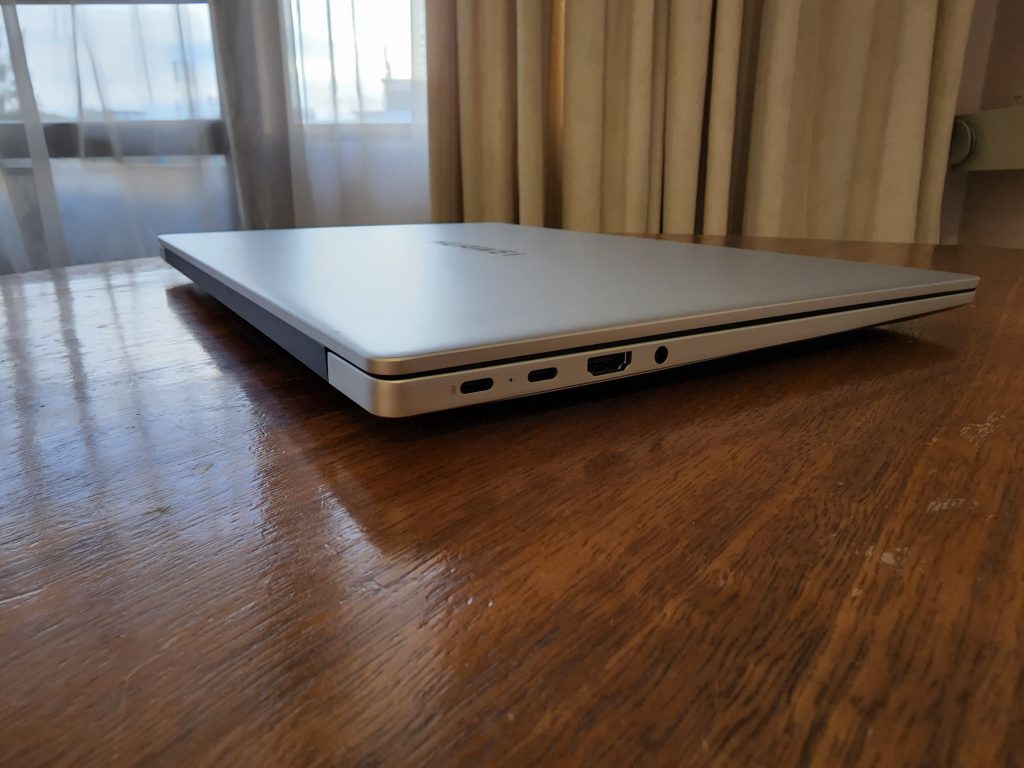 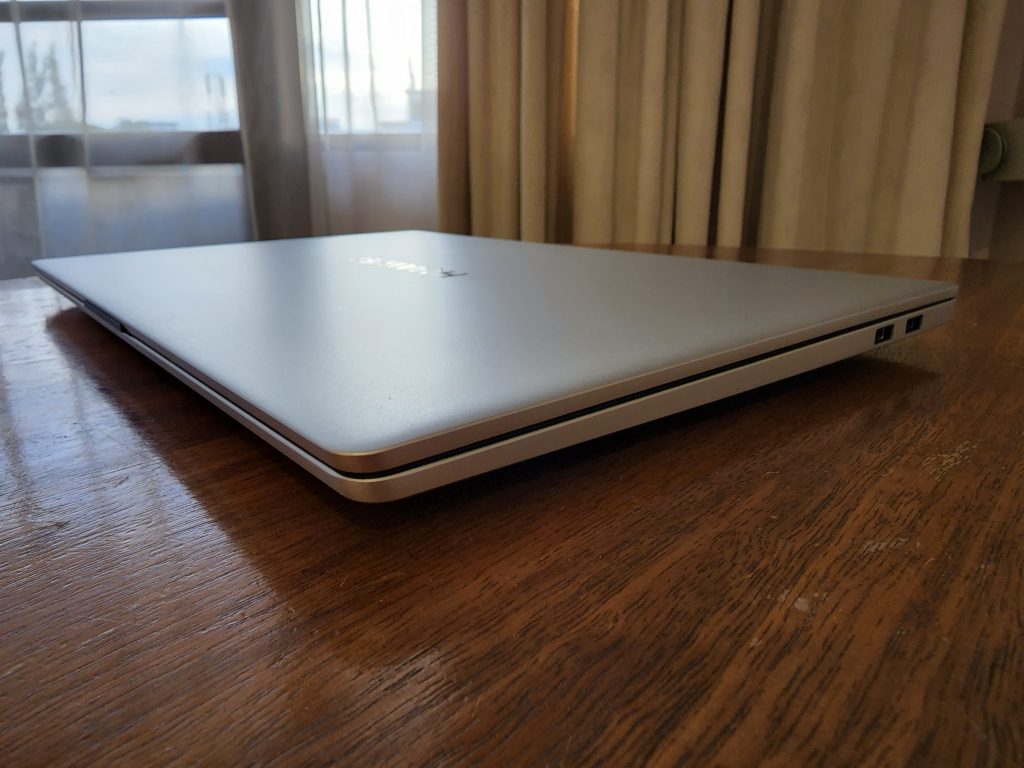 The review unit we were handed ran on 12th Gen Intel i5 chip and 16GB of RAM. This configuration retails at RM3999. A more affordable setup – at RM300 less – would see the RAM halved to only 8GB of RAM. If you somehow want more muscle for your machine, an Intel i7 option is available for RM4799. The i7 version only comes in the 16GB of RAM variation and regardless of your processor, the D16 is equipped with 512GB of storage.

The screen is probably one of our favourite aspects (heh) of the D16. The 16-inch screen is laid out in a 16:10 aspect ratio which as a result, allows more real estate to be shown on a single page. Coming off our daily driver which also sports a 16:10 aspect ratio – the ThinkPad X1 Nano – I can assure you that this aspect ratio should be the new standard for all work and study laptops. A wider screen allows more info into a page which in turn, less scrolling of a page.

The screen panel is sturdy and lays almost flat, at a 178-degree angle. Why it has to be that flat, we don’t know. Moreover considering that the D16 does not come with touchscreen capabilities. It is also isn’t the brightest screen out there, making working on it a pain under intense lighting – like when you’re in a cafe with the sun shining straight at it. All things considered, Huawei still managed to cram all of these 16-inch laptop features into a frame synonymous with devices sporting a smaller screen. So overall, great work!

Just like the previously-reviewed D15, typing on the D16 is a joy. Key travel is fantastic with satisfying feedback to each tap of the keyboard. The keyboard for the D16 is backlit so working in the dark is now no longer an issue, and for heavy-duty typists – it feels durable enough to withstand even the worst of rage typing. Short of a having standard keyboard used for a desktop PC, you are getting an almost full-sized layout with the D16. A full number pad is laid out gloriously on the right side of the keyboard although we doubt any of us would hardly use it. 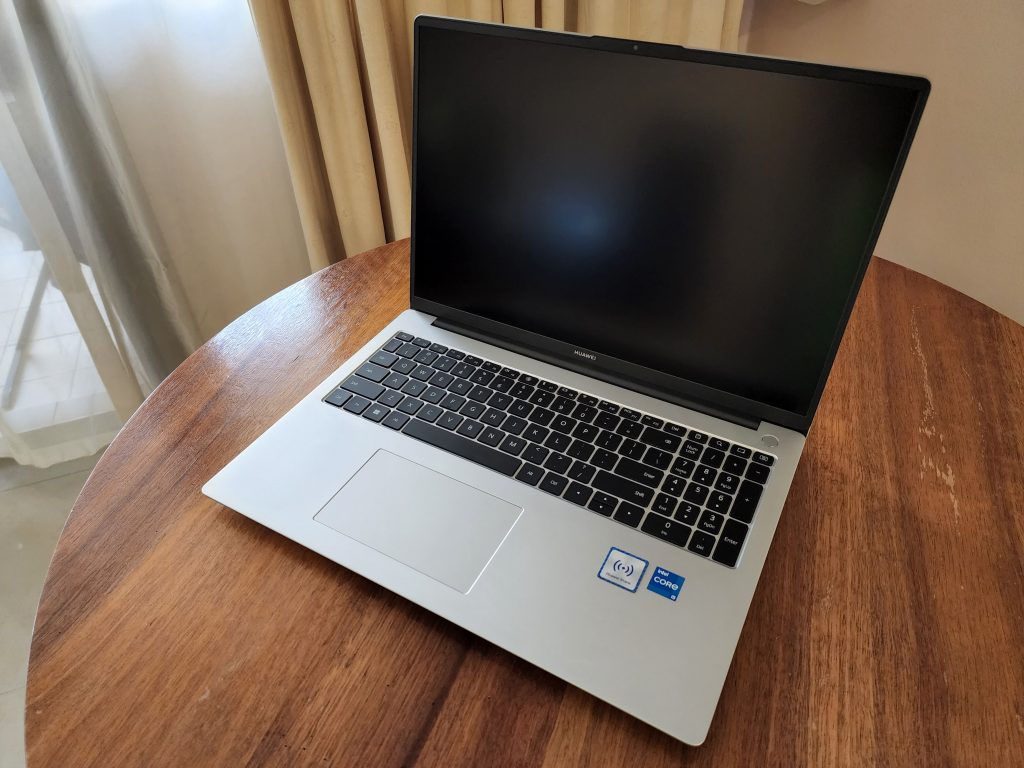 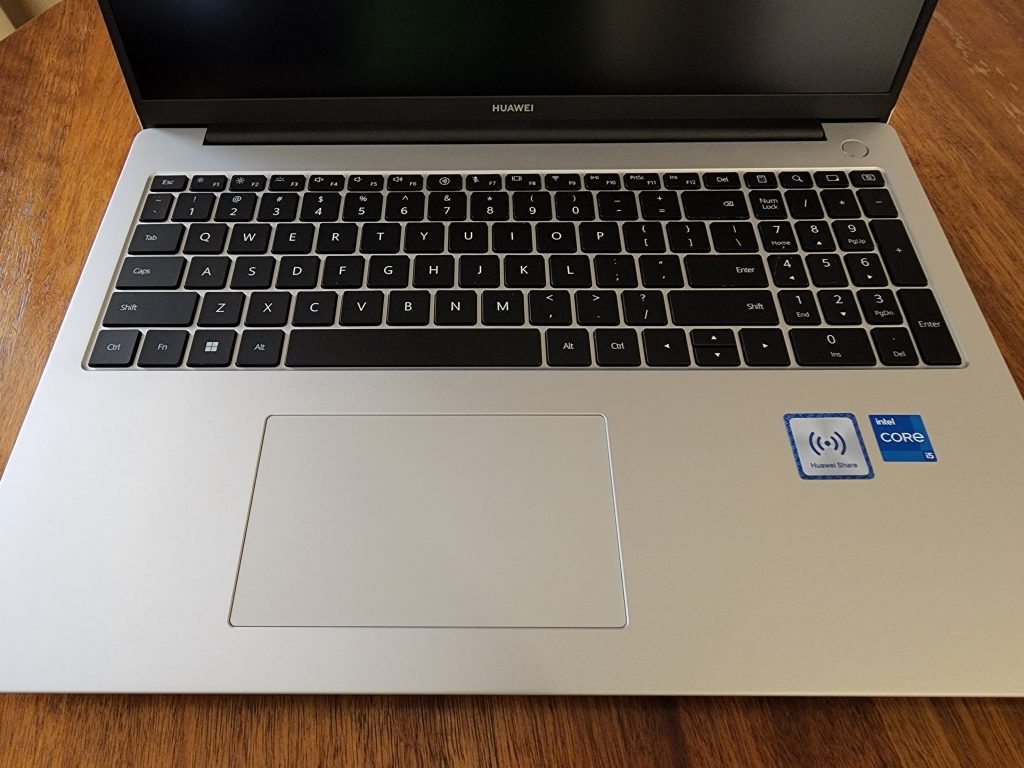 There is already a full set of number keys at the top row of the keyboard, so why is the need for more numbers to occupy the right side of the layout? It’s a waste of resources and we feel Huawei could have invested a bit more on the trackpad instead as it felt cheap and undersized.  And since most of us are still working from home, we feel it is worth pointing out that the D16 keyboard was able withstand the full weight of a chonk feline who decided to take a stroll on the laptop while I was distracted by a phone call. 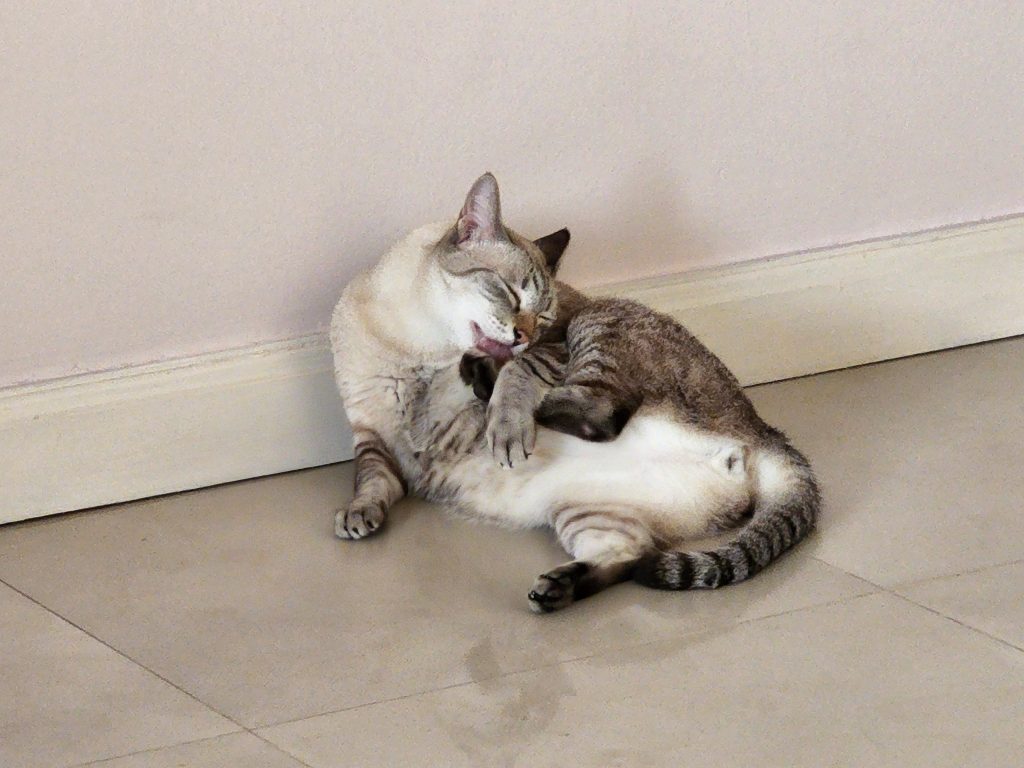 Speaking of calls, the D16 comes with a respectable 1080p camera for your Zoom or Google Meets sessions. Far from potato-quality cameras laptop users have gotten accustomed to before, still images and videos taken on the D16 camera are clear and crisp. However, we do wish that it came with a physical privacy shutter.

Battery-wise, like most work laptops, the D16 should withstand medium use when running solely on battery. We got through about four hours of use before reaching out to the charging cable. But thanks to the 60W charging, getting the device juiced up to ‘safe’ levels should be quick. The fact that the D16, like the D15 utilizes USB-C to charge its battery is a godsend especially for those always on the go. Who wants to pack two different sets of chargers, right?

A Workhorse That Packs A Punch

Comparing this to the D15, while both look similar, the D16 packs way more punch – even in its basic form. If you were attracted to the D15’s offering but desire something meatier and have some extra cash to spend, then D16 is the answer. Purchasing the Huawei MateBook D16 at Huawei’s online store should net you a one year extended warranty for free. So we do suggest you check it out here.

Reviews
Stranger Of Paradise: Final Fantasy Origin Is Just Like Its Memes - Chaotic

Reviews
BanG Dream! Film Live Entertains By Achieving What Only Anime Bands Can Do

BanG Dream! Film Live can be quite a surprise to the uninitiated. Those vaguely aware of the film but blissfully ignorant to what itâ€™s about ma...