Publisher Level Infinite and developer Hotta Studio revealed the 1.5 update for Tower Of Fantasy, the smash hit open-world MMORPG with more than 10 million registered global players. The update brings players a host of in-game events, a new 8-person boss raid, a new character and weapon and a new area to explore, the Artificial Island. Tower Of Fantasy is free to play and is available at the official site, as well as on the App Store and Google Play, coming later to Steam and the Epic Game Store.

Located in a separate area apart from the main game world, Artificial Island is unlocked when Wanderers reach Lv.50 and complete specific missions. Those commissioned Wanderers will embark on a remarkable journey and get ready to interact and solve countless riddles. Heaps of supply materials can be found on the island, including gold, black and even the rare red nucleus. Wanderers will unlock the Construction feature of the Artificial Island to create their exclusive island when they progress. Which lets them unlock exclusive maps and collect construction materials, find smart servants and pets and create valuable items.

A new Simulacrum character for players to unlock will also join the fray. Claudia, a tall Hykros Executor with a bit of a military demeanour. Reliable, tenacious, first to charge ahead in battle, seemingly cold at first but is more of a kind-hearted older sister once you get to know her. Having a strong sense of righteousness, she fights for justice and for others. Her mastery over one-handed swords and mobility saw her on the front lines of difficult operations, but she was sent to a medical facility after being severely injured in Operation Dark Apocalypse. Claudia brings the fearsome Guren Blade to Tower of Fantasy, a Grevious-type weapon with Shatter and Charge abilities. 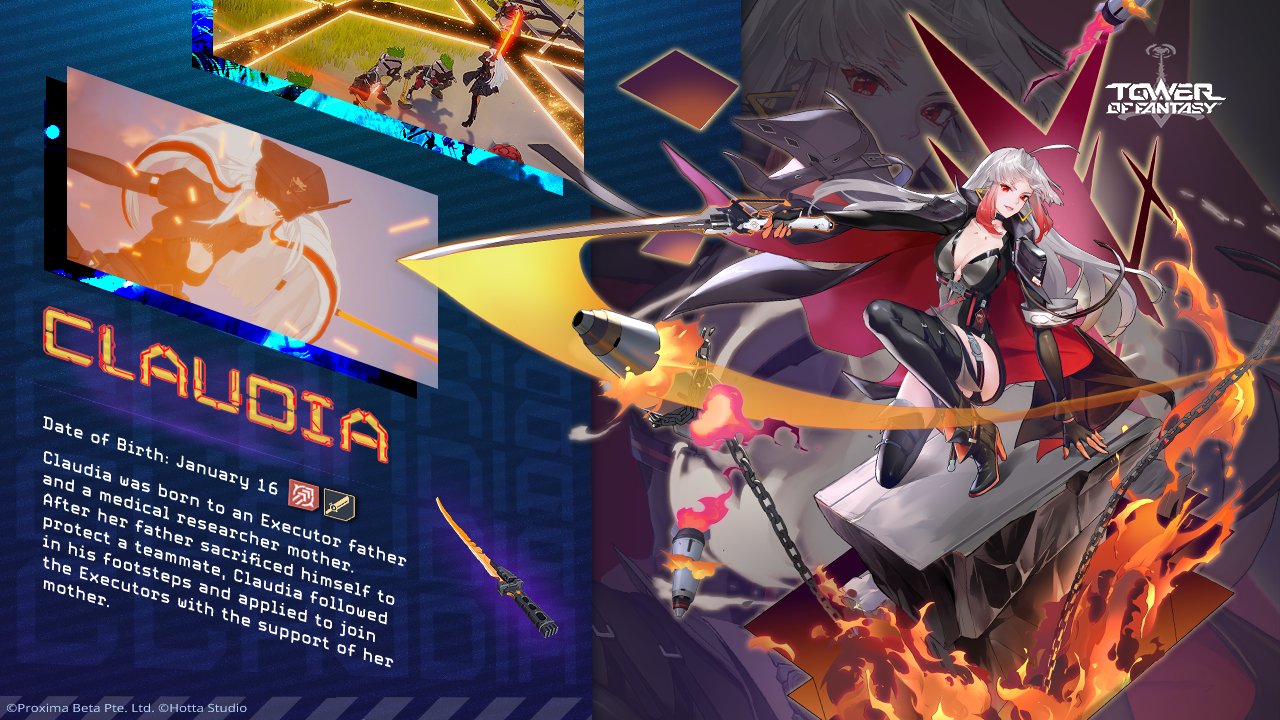 Crews of players will find a challenge waiting for them in the new Eight-player Raid. Players can form a team of eight and challenge the mighty Interdimensional Frostfire Dragon boss to win special Fortress Weaponry rewards. There are three instances available with normal difficulty in this update.

Daily log-ins and the Aida Cafe will host numerous limited-time events and challenges. During the event period, Wanderers can enter the Aida Cafe through the Rewards page to serve three mysterious customers. Wanders must explore the open world to find raw materials to customize delicious food for each customer. The more revenue generated by satisfied customers in Aida Cafe, the better the rewards. 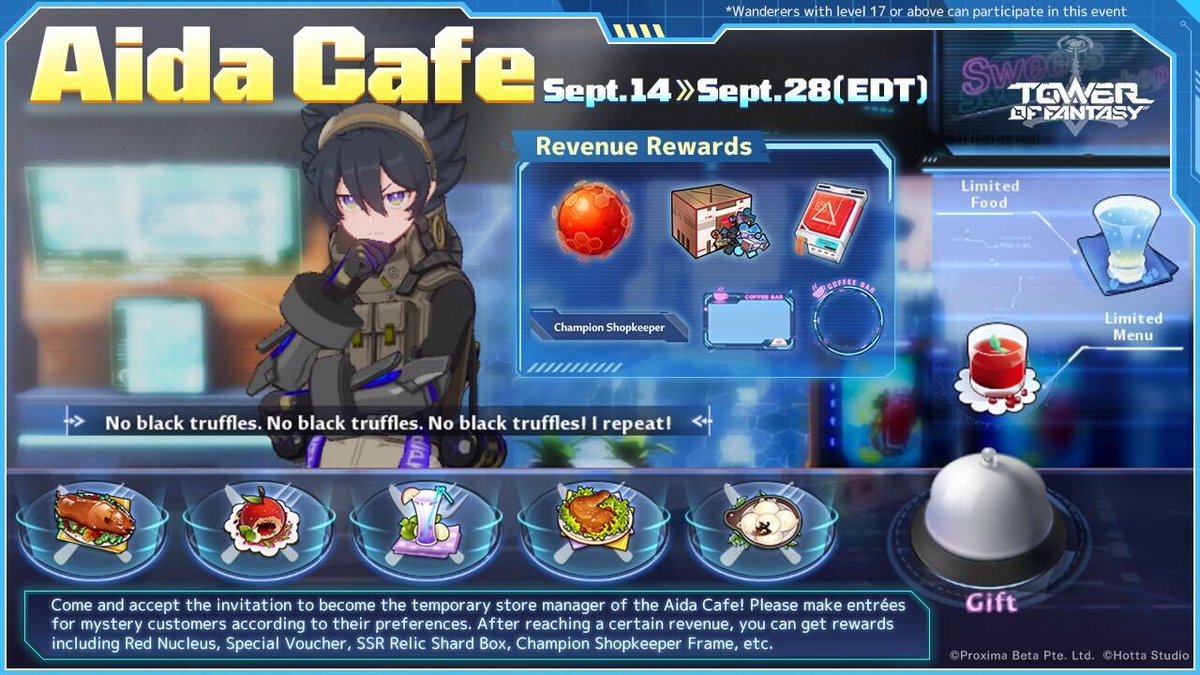 Set hundreds of years in the future after humanity has escaped the collapsing environment of earth and fled to the distant planet of Aida, the cross-platform, shared open-world MMORPG action of Tower of Fantasy invites gamers around the world to join in on the thrilling action. Developed by Hotta Studio and published by Level Infinite, the game features an immersive open world, co-operative group and solo adventures, freeform character development, unique simulacrums, and epic combat that allows players to switch weapons and gameplay styles on the fly to unlock their own personal fighting style.

To download the PC version of Tower of Fantasy, please visit https://www.toweroffantasy-global.com/en/home.html or check out our other official channels:

Dune Part Two has been officially greenlit by Legendary Pictures. Director Denis Villeneuve is set to return and the sequel to the recently-released D...

Earlier this month, Riot Games revealed the EP album name and release date for K/DA's ALL/OUT. It is slated to release on 6 November 2020. To get ...

Bandai Namco's Jump Force was just released a few months ago and it didn't exactly get hot reviews. The 3D fighting game had decent but ultimately for...