Electronic Arts have revealed Battlefield 2042’s Season 3: Escalation which will be available on 23 November. December will also see the game be available for free for a limited time.

Season 3 brings a boatload of new content such as a new map, Specialist, weapons, vehicle, and more, as well as the addition of 100 new tiers of Battle Pass content. All core gameplay-affecting content will be available to all players as part of the Free tier track in Battlefield 2042’s Battle Pass. Additional cosmetic items are earnable through a Premium version of the Battle Pass. 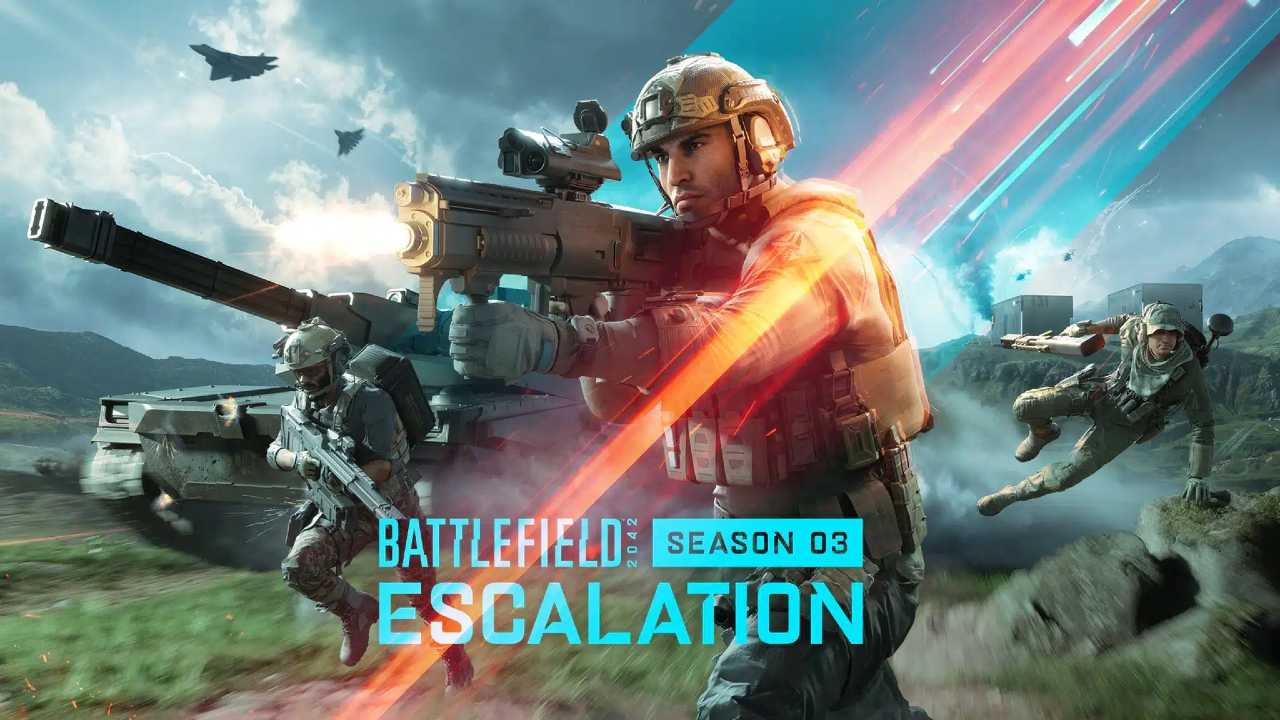 In Season 3, players will be able to take the fight to the untamed wilderness in Sweden with the new map, Spearhead, featuring semi-automated manufacturing facilities of high-tech weaponry.

New Egyptian-born Specialist and security expert Zain is adept at flushing foes out of cover with his XM370A Airburst Rifle. With his perseverance under pressure helping him lead on the front lines, Zain can immediately recharge his health after taking out an enemy.

If it’s weapons you’re interested in then you’re in for a treat. The weapons being added in Season 3 follow the sentiment of high damage and more tactical stakes.

The multi-moded EMKV90-TOR Tank offers an adaptable way to move across the combat zone, wreaking havoc in the process. The EMKV90-TOR has two modes: Mobility Mode, emphasizing swiftness, and Siege Mode, which slows the tank down to a crawl, but allows it to deal immense damage. In addition, this tank features a special system that detects the source of incoming attacks within a range and displays them in the HUD.

Players looking for more progression in Battlefield 2042 will find lots to do this season. In addition to the Battle Pass, New Assignments will offer more Vault Weapons, such as the XM8 and A-91, with even more to come in future Season 3 updates.

Updates coming later in Season 3: Escalation includes the highly-anticipated Specialist rework, featuring the move to a Class-based system and a set of balance adjustments, as well as reworkings of the Manifest and Breakaway launch maps. 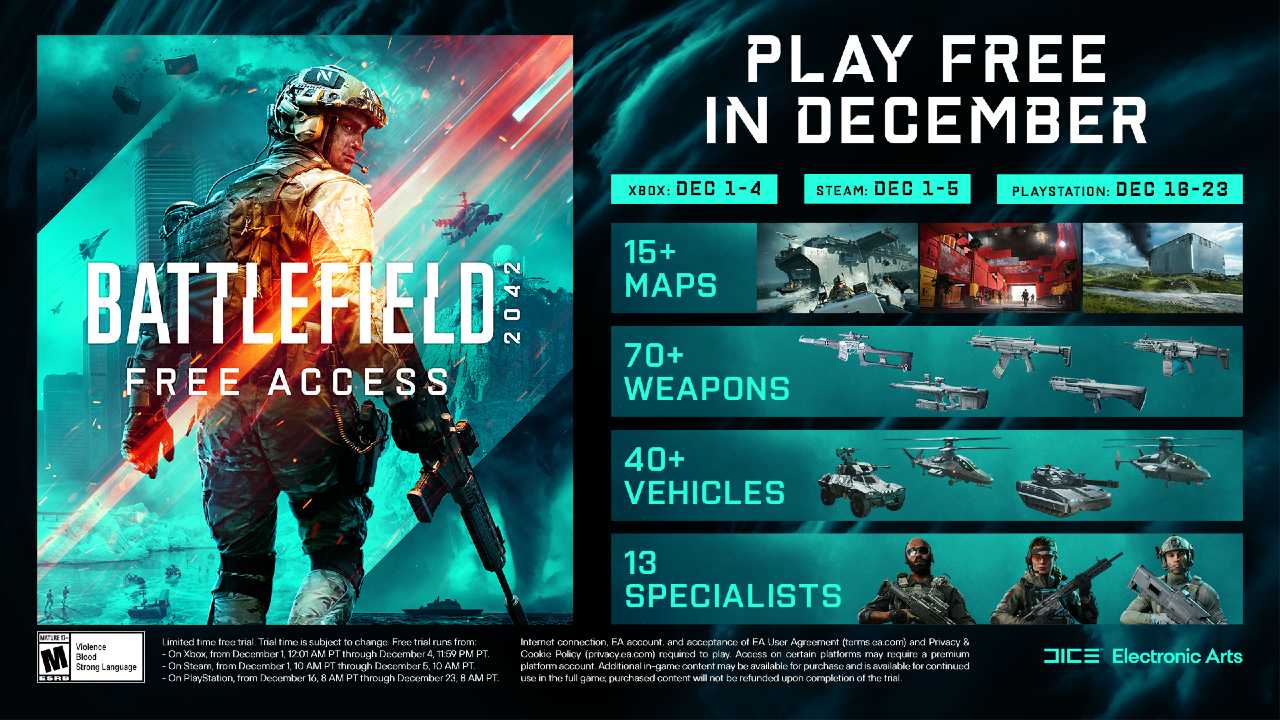 New players can check out Season 3 and the rest of Battlefield 2042 for free for a limited time starting this December. Whether on Xbox, PC (Steam) or PlayStation, players will be able to experience the game, and its multiple seasons’ worth of improvements and content. Free access will be available on the following dates:

In case you want to learn more then you can go check out Battlefield 2042’s official website.

News
Sifu To Get Physical Version This May, & Chinese Localization After Launch

Sifu is out now as an Early Access title, with its real release date being 8th February. As such, SloClap should be celebrating for a job well done wi...

Sony CEO, Kazuo Hirai, or Kaz Hirai, announced that he would be stepping down back in February 2018, then he confirmed his retirement three months ago...

Reviews
Flynn: Son of Crimson Could Feature More Giant Dogriding, But Otherwise It's Solid As Heck