Goat Simulator 3 Is Open World County-Wrecking Fun, Even Without The Eye Lasers

There I was, at the Fairsmeadow Ranch Green Thumb exhibition where I stumbled upon some seedlings that needed growing. I galloped headbutted my way through the bystanders, grabbed the bag of magical fertilizer nearby and started pouring it over the fledging plants. As my goat eyes stared at the chalkboard with simple-but-crudely-drawn plant-growing instructions, I followed the last step of communicating with them.

Goats cannot form human words or sentences, so the only sounds that came out of my goat mouth are yelps and bleats. That was enough to make the plants grow to dastardly heights, enough to make the giant in Jack’s beanstalk tale get a hard-on. And with that, my goately stature has earned a few merit points for the Goat Illuminati, just a few more to help unlock what’s behind the mysterious door in the Goat Castle.

I still have a laundry list of tasks to appease to the hidden Goat gods: a triple front flip, build a house of garbage for a homeless man who may be a wizard, carry giant batteries to power up windmills that may be hiding the house of an Elon Musk parody… it just goes on.

I am the goat god Pilgor, and there is indeed no rest for the truly wicked. 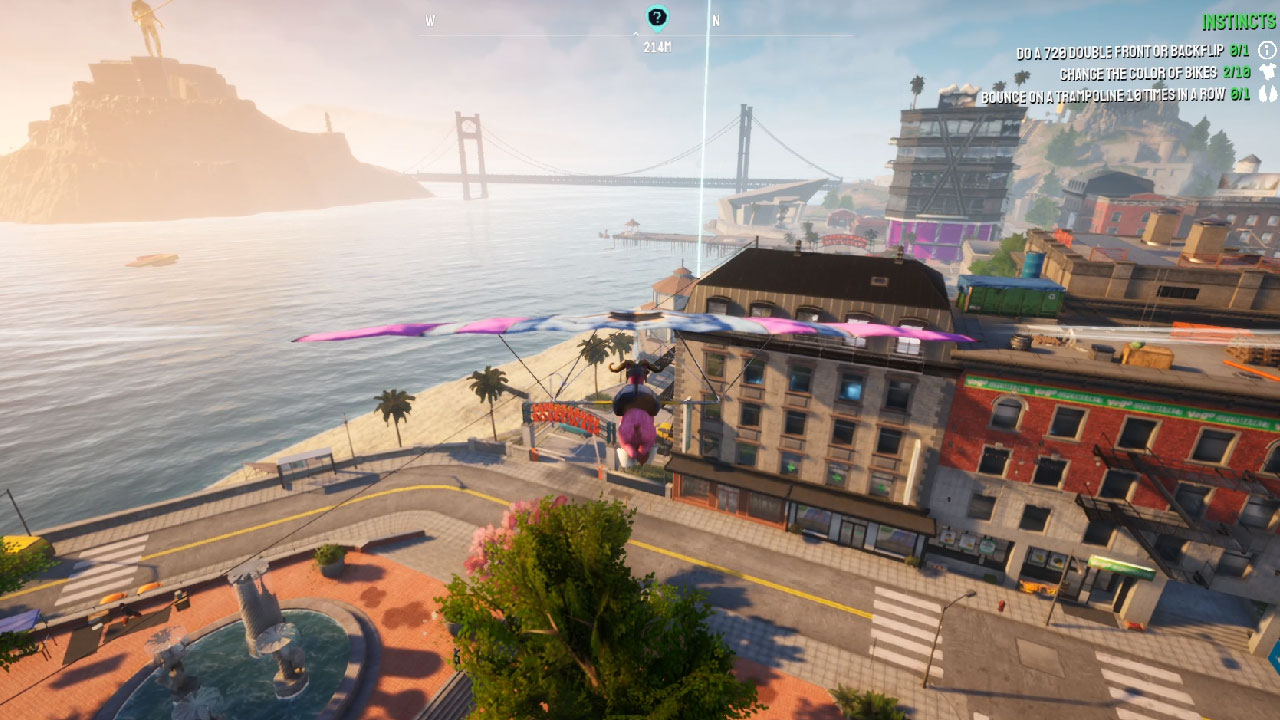 Terrible novelization aside, you do play as an immortal and indestructible goat in the new Coffee Stain North-developed action-adventure sandbox title Goat Simulator 3. You run, jump, use your horns to ram things and people down, cause mischief, and complete random quests with purposefully vague objectives -usually to set up a punchline- while making goat noises as a form of speech. Unlike other goats, Pilgor himself can do the following:

No, none of this makes a goddamn lick of sense. But that’s what Coffee Stain is going for with its freeform action-adventure title for the month of November: an absurd sandbox game with an unlikely protagonist with little to no consequence as to who you headbutt off a cliff or what you can lick and drag.

The world is your plaything, at the mercy of the immortal goat, and it also features great and smooth responsive controls be it for keyboard plus mouse or controller – my default choice in sandbox games, by the by.

As mentioned above, you do have a huge laundry checklist of activities to do and quests to gain Goat Illuminati points for. Complete them, and you’ll get closer to unlocking a magic door in your titular Goat Castle, while also getting rewards like VR goggles for a first-person view. I wouldn’t recommend that unless you have a strong stomach though. I play a good amount of boomer first-person shooters, and just a few minutes of Goat Simulator 3 first-person mode had me feeling queasy.

Speaking of jank, there is quite a bit in Goat Simulator 3, though when you’re stuck in certain areas, you can just use the Respawn option just to teleport out of trouble. The lick-and-grapple mechanic can get finicky, especially when carrying giant objects while climbing ladders. It can take a while for you to align a grappled object to go your way as you’re wrestling with the game’s off-kilter physics. 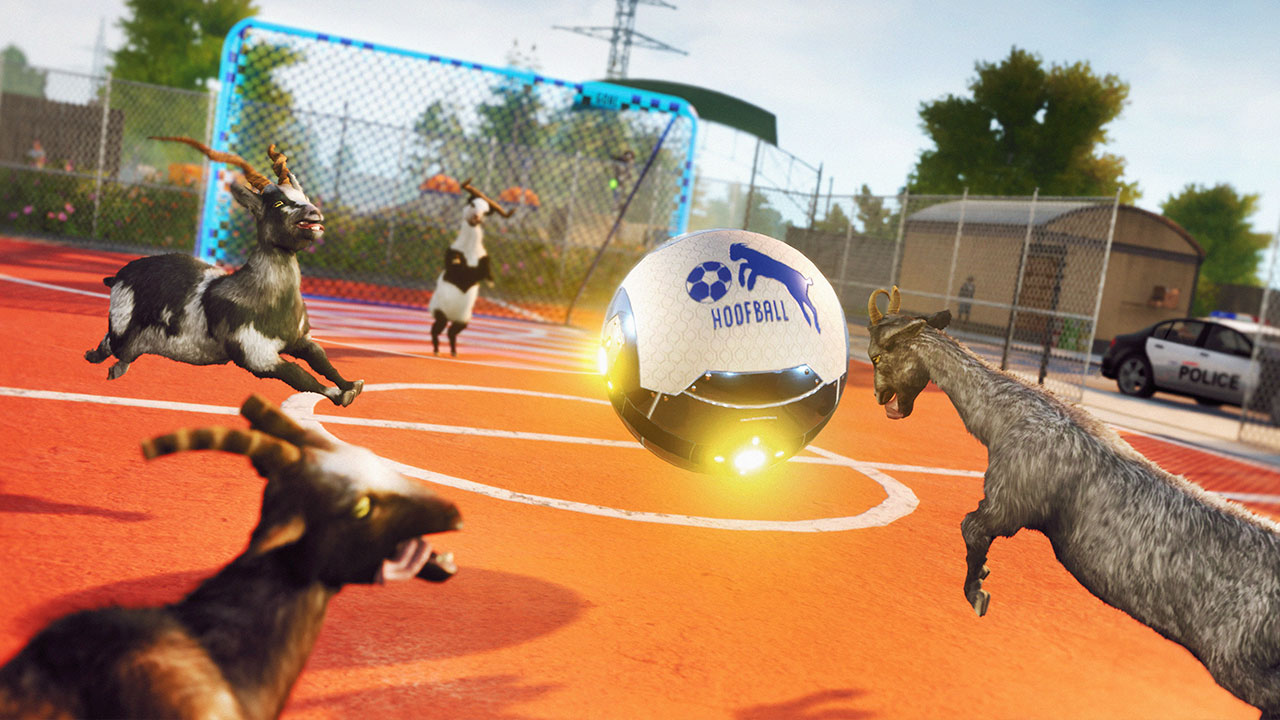 I’m only 6 hours into this, and I haven’t even played multiplayer mode yet, which lets you play with three other online goats to wreak havoc and play multiplayer-exclusive minigames. I’ll be sure to update this review when I convince my like-minded associates to join me in goat merriment via the Epic Games Store version. But as it stands right now, the standalone bovidae experience is fun and has enough for you to sink your mammal teeth into.

In a sea filled with serious triple-A or so experiences featuring ex-Greek gods and rats, I’d recommend Goat Simulator 3 if you need a goofy laugh playing as a goat in an open-world setting filled with secrets, goofy quests, and easter eggs. And a ton of gear parts to uncover so that you can dress up your Billy Goat with ballet frocks, a spacesuit, or even toilet paper roll hoofwear. Yep, truly no rest for the wicked.

Happy days are here for retro JRPG fans in the 90s. The touted "Final Fantasy VII killer" back in the day for the Sega Saturn, Grandia, will be out fo...

China's League of Legends pro league, called the LPL, has called off its upcoming week 2 matches due to safety concerns regarding the spread of the on...