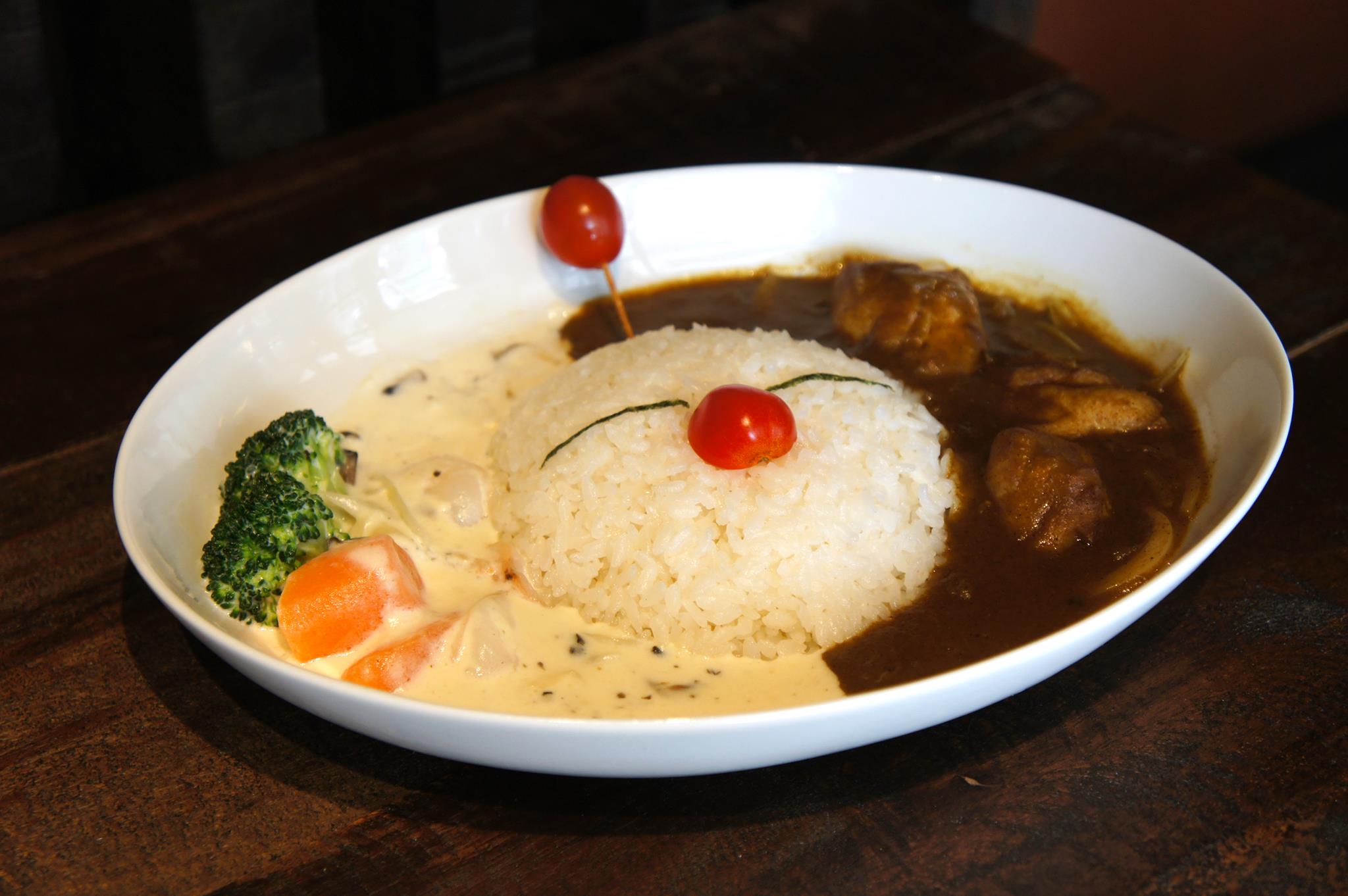 Update: we reviewed the special set. Head here to see the verdict.

Remember that Square Enix Final Fantasy cafÃ© four years ago in Tokyo? Well, someone in the company finally realized that there are a heckaton of Final Fantasy fans in Southeast Asia. Ergo, they figured it was high time they received the same kind of promo.

Better late than never, eh? In lieu of Dissidia Final Fantasy NT’s release next week, the company is teaming up with Avex Asia to host a Final Fantasy-themed cafe starting tomorrow onwards from 24 January until 10 February. In Singapore.

If you’re a big fan living in Malaysia, it might be worth a bus trip down. Here are the details:

And here are some more pictures and promos at the place, with the latter featuring a special set menu comprised of Moogle Curry & White Stew, and your choice of either a Moogle drink or a MateriaÂ mocktail.

We’re not really warming up to the interior since it looks like any other goddamn hipster cafÃ© (like the ones in Eos), but damn if that Moogle Curry doesn’t look enticing.

That’s not all. The cafe will also be selling exclusive merchandise from Square Enix’s Final Fantasy store from Japan like plushies, keychains, figurines, and rubber straps.

It’s not an extensive catalogue; where are the Final Fantasy playing cards, limited character busts, and music CDs? But it’s a start, so A+ for effort.

The full press release from Avex Asia is below and in lovely italics:

Collect all 6 different types of exclusive Final Fantasy coasters and premiums at random with every order of either food or drinks!

In conjunction with the new game launch of DISSIDIA FINAL FANTASY (PlayStationÂ®4) on 30th January 2018, there will be trial stands at the cafÃ© to try out the game (Japanese/Chinese version) for free from 24th January 2018. Additionally, do not miss the chance to get your hands on Final Fantasy merchandise air-flown from Japan.

Malaysia's Getting A Giant-Sized God of War PS4 Pro Bundle

by Here’s Our Review Of The Final Fantasy CafÃ© Specials Down South – KAKUCHOPUREI.COM in January 24, 2018
Reply

[…] case you missed the news, our neighbours from Singapore just launched its first-ever Final Fantasy-themedÂ cafÃ© promotion at WatanabeÂ CoffeeÂ to promote Dissidia Final Fantasy NT. Not only did they decorate the place with a ton of Final […]

by Bountie Blog - Gaming will never be the same again. in January 26, 2018
Reply

[…] case you missed the news, Singapore just launched its first-ever Final Fantasy-themedÂ cafÃ© promotion at WatanabeÂ CoffeeÂ to promote Dissidia Final Fantasy NT. Not only did they decorate the place with a ton of Final […]