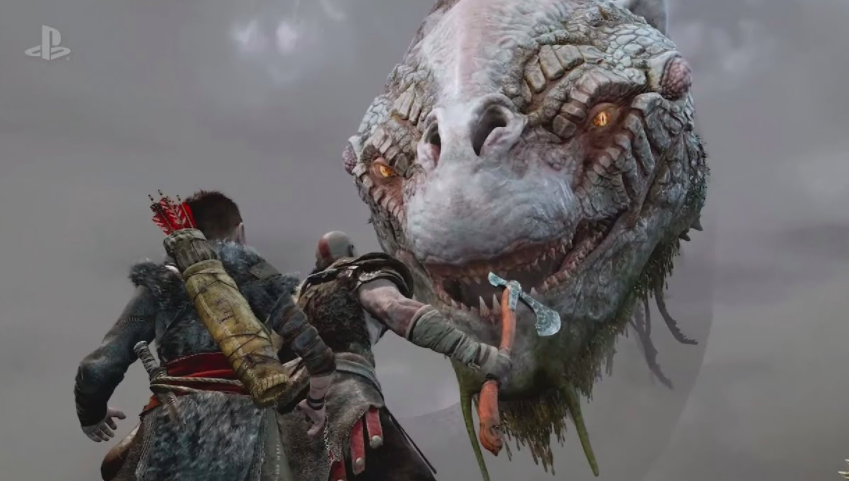 The newest God of War game is set to drop come 20th April 2018. Revealed via a tweet released together with a brand new trailer by Sony Santa Monica’s official Twitter account last night, expect to know more about his son Atreus and their motivations as they slice and dice their way through the Nordic wildlands once the game hits PlayStation 4.

In the eighth instalment of the series, the game which many consider a ‘soft reboot’ of the series is developed by SIE Santa Monica who have worked on all GoW games prior, most recently being the remastered version of God of War III.

God of War will be available in physical disc from MYR229 while the awesome Collector’s Edition will set you back MYR549. The Digital Standard Edition starts from MYR209 while the Digital Deluxe Edition will be MYR249. SIE (HK) also noted that digital pre-order will start from 24th January, 2018 at the PlayStation Store. As incentive for players to pre-order,Â premium digital content are in store for those who pre-order both theÂ Standard or Digital Deluxe Editions. PS Plus members gets additional bonuses as well, in the form of two unique shields -Â Grace of the Wanderer andÂ Defender of the Chosen.

In case you’re wondering what the Collector’s Edition (MYR549) will bring you, expect the following:

While the Digital Deluxe Edition (MYR249)Â  will come with the following items:

Now 20th April IS an interesting date considering Nintendo Labo which was unveiled recently also drops on that same day. How’s that for a wallet-killing weekend.

Persona 5 Is Getting A Spinoff Mobile Game