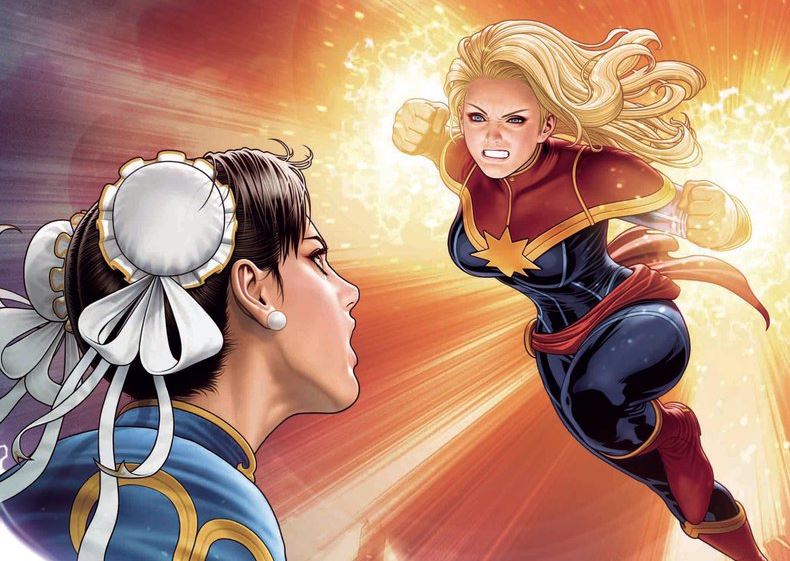 Notice anything missing? Well if you’re a fan of the original 3v3 hyper-fighting genre, you may have noticed that last year’s Marvel vs. Capcom Infinite is not included in the main event. The game will be relegated as a side tournament.

And here’s the kicker: one of the games here, BlazBlue Cross Tag Battle, isn’t even out yet. The Evo organizers are basically saying that a game that isn’t even completed and fully-tested at this point in time is more fit to be in a major worldwide fighting game tournament’s main event spotlight than Capcom’s recent 2v2 effort.

Hell, two Smash Bros. games, one of them being an old-ass game at that, are even more worthy of the spotlight than a Marvel vs. Capcom game.

It speaks volumes about the quality, community, and state of Marvel vs. Capcom Infinite, truth be told. So how did it come to this?

Probably the biggest elephant in the room. Back then with X-Men: Children of the Atom and X-Men vs. Street Fighter, we had mainstays like Wolverine, Storm, and Magneto. The Versus series wouldn’t be where it was without the X-Men, so it feels like a betrayal of sorts to not include them in this entry.

Even so, the thought of them being included later as MvCI DLC is also quite a sting: as if the devs and publishers and other watchful corporate eyes are admitting through their actions that they’re not good enough to be in this time around.

#2. It Looks & Sounds Like Garbage (When Compared To Past MvC Games)

When the last iteration of MvC looked better than your recent title, you know you have problems. The game’s art style went for a less cartoony and stylized heavy-on-the-black-ink look in favour of a more “realistic-yet-comic-like” style instead with less lighting and saturation.

Guess they should have just gone back to their comic book roots more, eh?

I think everyone last year heard about the infamous GameSpot interview where Capcom reps Peter “Combofiend” Rosas and Michael Evans said the following quote regarding the lack of mainstay characters in the new MvC.

“If you were to actually think about it, these characters are just functions. They’re just doing things. Magneto, case and point, is a favorite because he has eight-way dash and he’s really fast, right? Well guess what, Nova can do the same thing, Captain Marvel can do the same thing. Ultron can do the same thing.”
“It’s just the function that people are associating with the character, and there’s no shortage of that. We made sure that all proper playstyles can be represented with our current roster.”

Simply put, the community did not like being taken for a ride, what with all the character exclusion and questionable aesthetics of the game pre-launch. Capcom didn’t do too much to placate them, so this escalating blunder and eventual apathy for the game is pretty much on them.

There’s a pretty good article on MvCI’s problems from our neighbours down south; go take a look here.

As a bonus, here are a few comments online that mourn the loss of MvCI in the Evo 2018 spotlight.

https://clips.twitch.tv/embed?clip=AnimatedLovelyGuanacoThunBeast&autoplay=false&tt_medium=clips_embed
Â
Still, this could be a wake-up call for Capcom if they want to make this series relevant again. They just need to buck up and just listen to what the community wants. The game itself is actually solid, what with the 2v2 fighting, the controls, and the Infinite Stones in tow. They should focus on the rest of the game from roster to aesthetics.

[…] likeÂ Dragon Ball FighterZ and BlazBlue: Cross Tag Battle are featured. This is the first EVO where Marvel vs. Capcom is not on the main […]