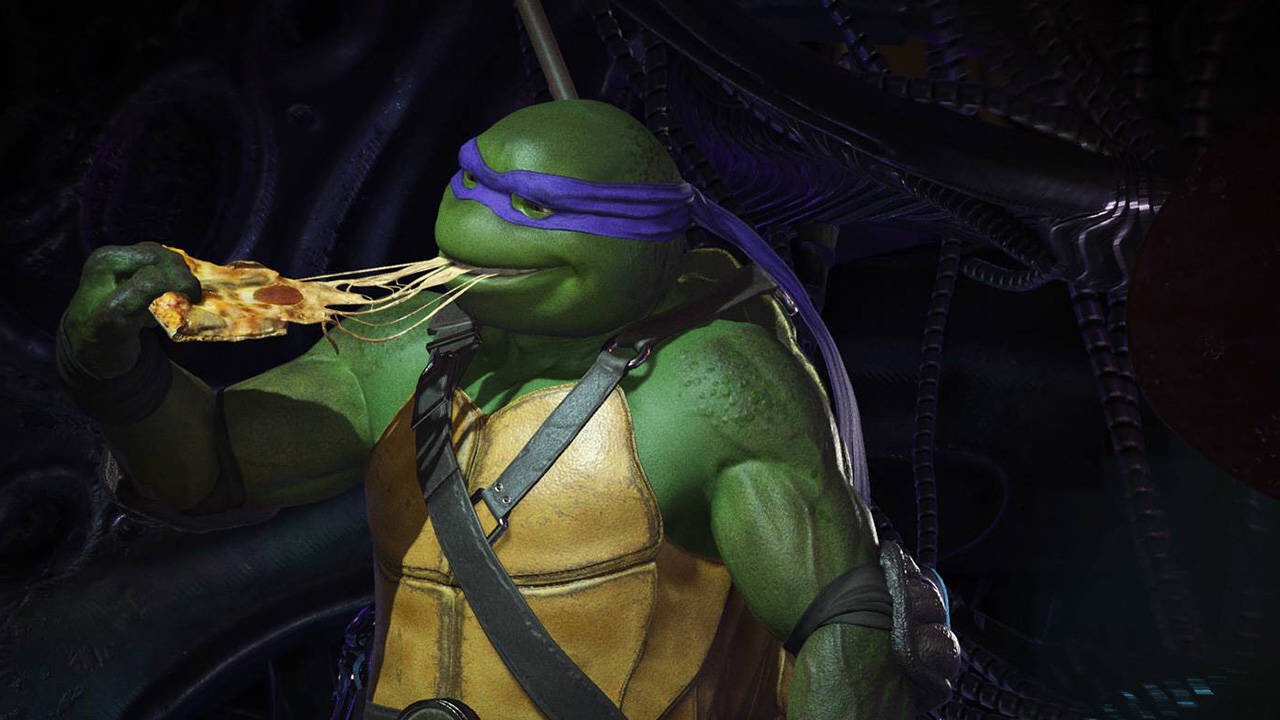 That’s right: the Teenage Mutant Ninja Turtles will be playable in the DC Comics alternate universe this February. Check then out in motion below:

Party dude Michaelangelo attacks with his nunchucks and skateboard, while machines-doer Donatello zones out his opponents with his bo staff. Asshat leader Leonardo is the all-rounder while hothead Raphael is all about rushdown. Just like in the beat-em-up games they’re in back when Konami didn’t suck so much thumb.

Since each Turtle’s moveset is limited, you have toÂ  use their assists Dragon Ball FighterZ-style. Best part: their Super move brings them all together for a team beat down that ends with the classic she’ll crush move from the early 90s sequel with the Jim Henson craft works and the Vanilla Ice rapping. Sounds fun!

This isn’t the first time the TMNT has been involved in a DC Comics crossover. They teamed up with Batman in comics back in 2015.

Oh, and nice touch with a timeless Mortal Kombat catchphrase there during the victory screen.