Overwatch Japan May Have ‘Leaked’ Hero 27

Was it on purpose, purely human error or are we being led on to a totally different path? Yesterday, the official Japanese Overwatch Twitter account ‘mistakenly’ posted a tweet which may (or not) have given clues on the latest Overwatch hero, codenamed ‘Hero 27’. What they intended to do was post this following ‘teaser’ pic of Hero 27’s (supposedly) weapon: 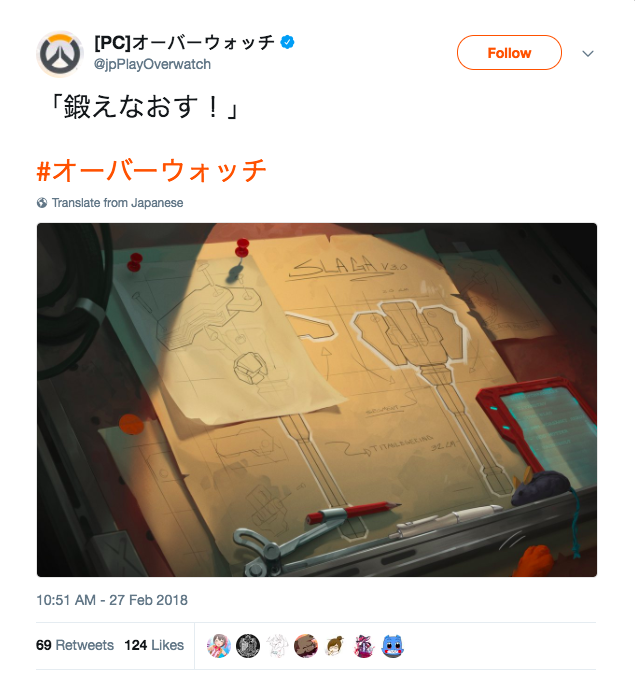 But instead, they end up posting the drive link to the said picture, resulting in this tweet which has since been deleted. 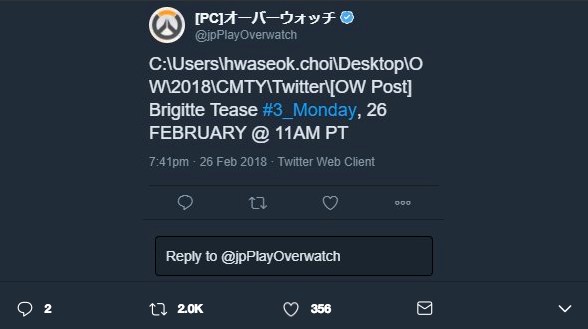 Considering the latest hint from Blizzard ahead of the upcoming Uprising event was Ana’s mission report which spoke of Torbjorn’s injury where he lost his arm, the legitimacy of the ‘leak’ was compounded by the recently released Torbjorn’s letter to his wife, Ingrid who was pregnant with their firstborn, Brigette. many believed that the new hero will be unveiled during the Uprising event and so far, everything officially released ties in to the Reinhardt – Torbjorn camaraderie. 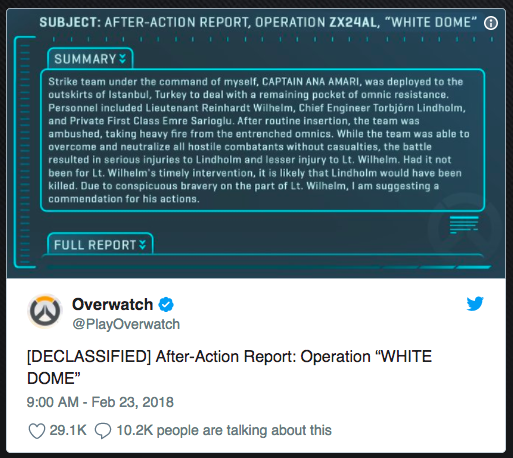 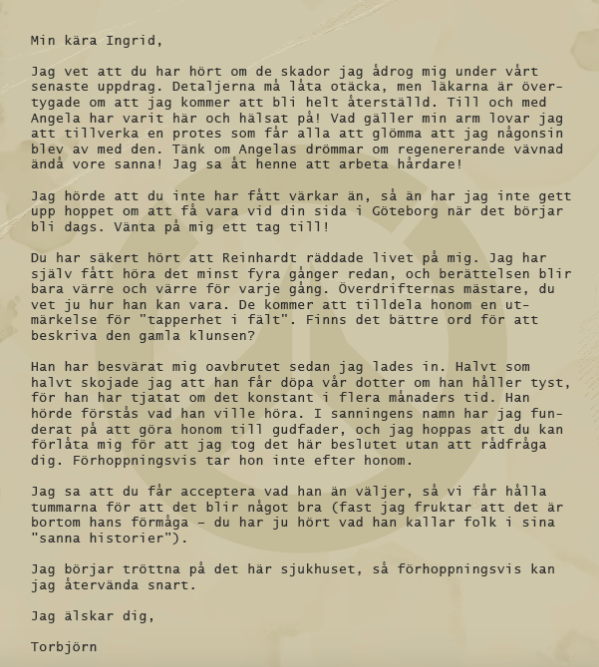 The official Overwatch website, PlayOverwatch translated the letter as;

I know that by now you have gotten news of my injuries in our latest mission. While the descriptions may sound terrible, the doctors are quite sure I’ll make a full recovery. Even Angela came to visit me! On the matter of my arm, I promise to make it my first priority to construct a suitable prosthesis that will make everyone forget that it was ever gone. If only Angela’s dreams of tissue regeneration were a reality! I told her she should be working harder!

They tell me that you have not yet gone into labor, so I am holding out hope that I will be able to be by your side back home in Gothenburg when the time comes. Just wait a little longer for me!

You may have heard that Reinhardt is responsible for saving my life. I’ve heard the story at least four different times myself, already, each time more unbelievable than the last. Exaggerations, as you know how he can be. All the same, they’ve decided to award him a commendation for “conspicuous bravery.” Could two words better describe the big oaf?

He has been bothering me insufferably at my bedside. Half in jest, I suggested that if it would shut him up, I would allow him to name our daughter, as he has been badgering me about it these past months. He, of course, took me at my word. Truth be told, I had been considering making him her godfather, and I hope you’ll forgive me for making this decision without your consultation. We can only hope she doesn’t take after him too much.

I told him that you would have to agree to any name he chose, so letâ€™s hope it’s a good one (though I fear that may be beyond his abilities, given some of the ridiculous names he gives the characters in his “true stories”). I’m getting sick of this hospital, so I am hoping to return soon.

So how does this tie in to Brigette? 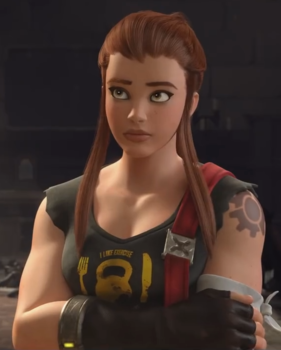 We last saw her during the Reinhardt-focused animated short, Honor and Glory where she was seen persuading Reinhardt to ignore Winston’s Recall message. Brigette has been on the road with Reinhardt following Overwatch’s disbandment and like her father before her, mends Reinhardt’s armor. She is like a daughter to him and according to rumors circulating on the net (well, Reddit), fits the description of ‘Hero 27’ which will be another anchor tank ala Reinhardt and Orisa. Jeff Kaplan was also quoted as saying ‘Hero 27 is meta changing’ and if you look back at the meta trends since Overwatch launched, most, if not all were tank-influenced.

Our guess is that Brigette will be a much more nimble and agile main tank character that defies the conventional tank characteristics. Possibly a Pharah & Reinhardt style of play?Â  But our guesses are as good as yours so don’t be shy to share your theories in the comments section below.

Xbox Game Pass and PC Game Pass have a slew of new titles for this May 2022. Hope you like a ton of indie titles because that's what you're flooded wi...

If there's one constant in the world, it's the fact that people will go head over heels over a pretty face, even if it's virtual. The Hololive and VTu...

News
Level Up Spacebar Event Is Getting A Huge VIP Appearance

Level Up KL is attempting something new this month with the LEVEL UP SPACEBAR and LEVEL UP PLAY-ONE online events. The organizers have revealed some o...