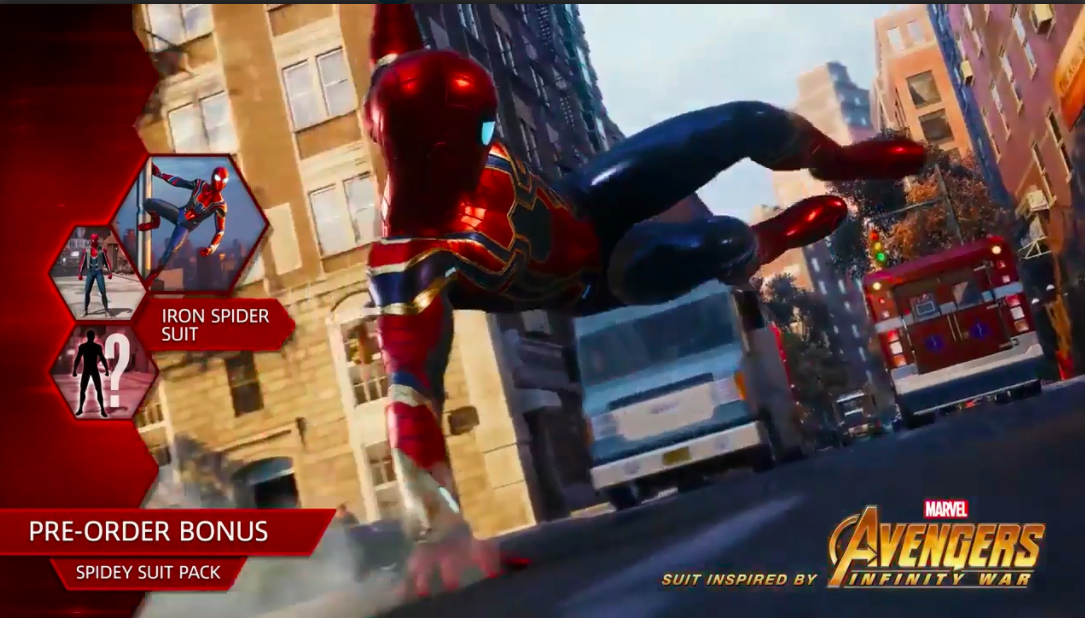 Insomniac Games and Sony Interactive Entertainment today have confirmed the news above (which we dropped two week ago) by unveiling the teaser trailer for the game’s pre-order. However, having seen Avengers: Infinity War (review here), we seeno hints of Spidey’s additional Iron Spider arms coming with the skin in the trailer. Perhaps a special move obtainable later in the game? Only time will tell.

In an earlier announcement of the release date for the highly anticipated Spider-man game on the PS4, we knew that there will be three bonus skins for pre-orders. Back then, we only know that a Spider-Punk is going to be the first of the three, with just silhouettes of the other two. Today, thanks to a leak (via VG247), we are happy to report that the second pre-order skin will be the Iron-Spider suit which was last seen at the end of Spider-Man: Homecoming and will be Peter Parker’s main suit in the upcoming Avengers: Infinity Wars movie.

Also confirmed by developers Insomniac was that this MCU version of the Iron-Spider suit will come with its own unique abilities which makes pre-ordering the game even more worth it.

Insomniac’s Spider-Man, exclusive on the PS4 lands September 7 2018. Published by Sony Interactive Entertainment, the game will tell a new story about Spider-Man that is not tied to a film, comic book or video game and features an adult Peter Parker.

The Winners Of Malaysia's Biggest PUBG Tournament Are...