Update: Henry Golding just tweeted a while ago (3rd September) about putting together a fan list for Cowboy Bebop. This feature’s updated to add in that tidbit.Â

In case you haven’t heard, the Asian-filled romantic comedy Crazy Rich Asians is out in theaters. So far it’s getting good reviews, but there’s one bit from these write-ups that stood out to me. Henry Golding, the British-Malaysian actor who plays the main male lead alongside female lead Constance Wu, takes a backseat to the real meat of the show, which is Constance Wu’s Rachel in the battle of wits and supremacy against Michelle Yeoh’s mother archetype. Henry Golding’s Nicholas is the metaphorical trophy in this catfight and class war.

So yeah, there’s not much room for Henry to go beyond his role as a charming if straight-shooting pretty boy with a streak of well-behaved-ness, though he did shine in the last third of the film in an unconventional setting for a climactic ending scene. Still, with his newfound triple-A Hollywood success, Henry’s got a lot going for him in the future.

So we here at Kakuchopurei wonder: where can he go next? Who should he star as or be cast as in future films? With our awesome pop culture knowledge and knowhow, we make a few predictions and suggestions.

Here’s what you should know about Henry Golding in bullet point form before we go to the nitty-gritty:

All caught up with Mr Golding? Let’s fire up our predictions and suggestions!

There was an article floating around that proclaims that he should be the next James Bond. I disagree because he’s not knee-deep long in Hollywood and mainstream showbiz as of yet. Guys like Pierce Brosnan, Daniel Craig, and (maybe) Idris Elba proved themselves for more than 10 years before they deserve the film Bond prestige. 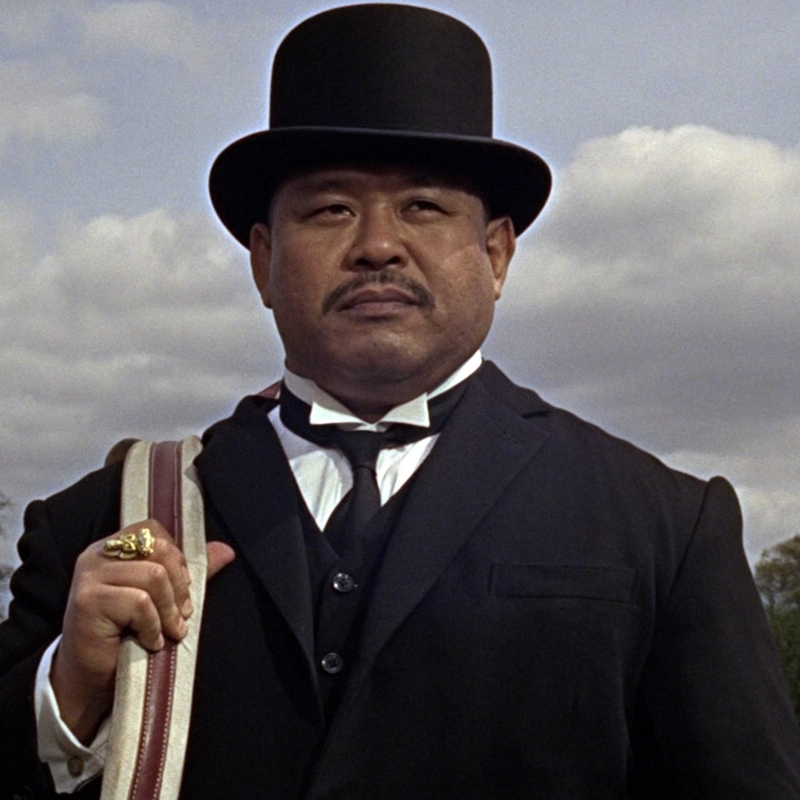 Instead, why not cast him as a memorable side character or side villain? We wouldn’t get great 007 films if it weren’t for imposing & sometimes comically memorable bad guys like Oddjob, Xenia Onatopp, Scaramanga, Blofeld, Silva, and Goldfinger.

Henry can definitely fill in these roles if he’s given the chance; he has the accent to pull off a suave-ish henchman with a quirk. Maybe he can have more tattoos on his body to make him stand out.

Or how about he become Q’s Asian assistant who eventually takes up the mantle in the next Bond films if they start using Idris Elba for them? That makes for a racially diverse 007 film to shut certain demographics up. 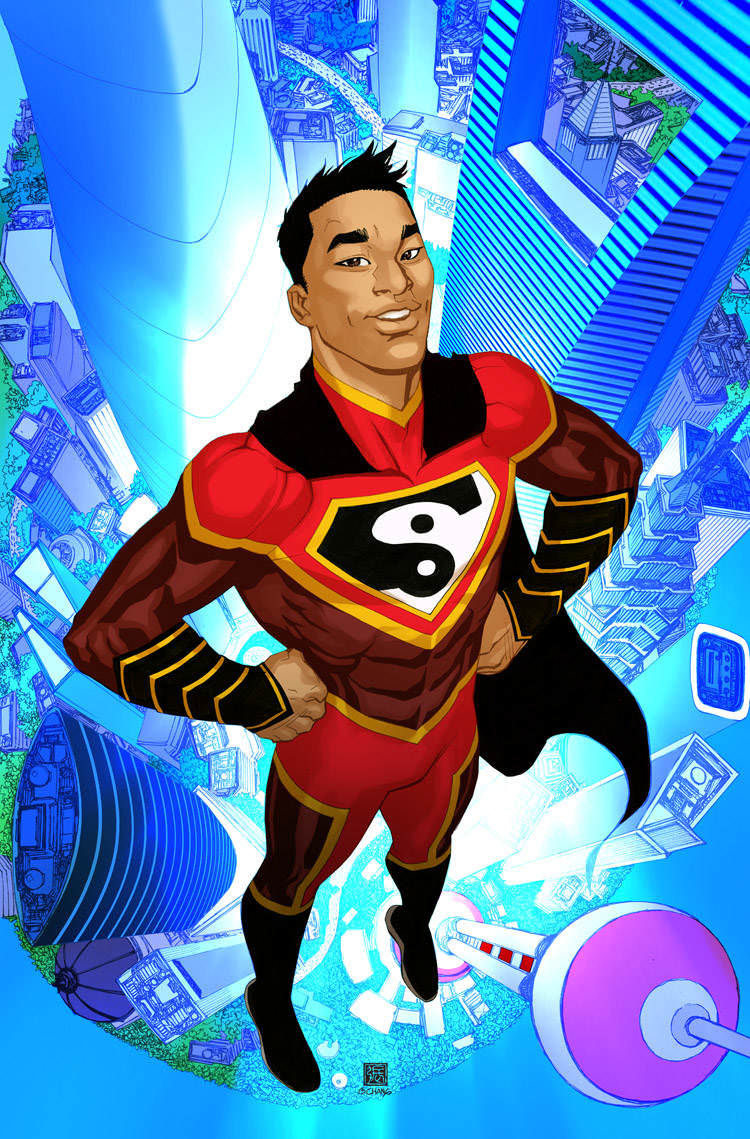 An Asian Superman with a completely different backstory and character arc. Because why not?

In all seriousness, if DC’s film block has enough money to throw around, they might as well go for broke and shove in a Superman-like hero in their DC Extended Universe canon. Particularly one from the comic books of Asian descent. Enter Kong Kenan, the Superman of China on Earth Prime.

How should he be portrayed? That’s easy: just be a rash but well-intentioned hero-in-training. Take bits from Henry Cavill’s Man of Steel role but give it a slightly more “newbie” twist since Kong Kenan (a) wasn’t born an alien, (b) was a bully before he had a change of heart, and (c) almost has the same character arc as Terry McGinnis from Batman Beyond.

If starting Kong Kenan on film is a tad much, why not create Kong Kenan in the CW DC shows? The big four -Arrow, The Flash, Legends of Tomorrow, and Supergirl- are all great superhero TV shows in their own right (and arguably better than the Netflix Marvel shows). Either way, Henry looks like he can pull off the physique and the personality of the new Superman. 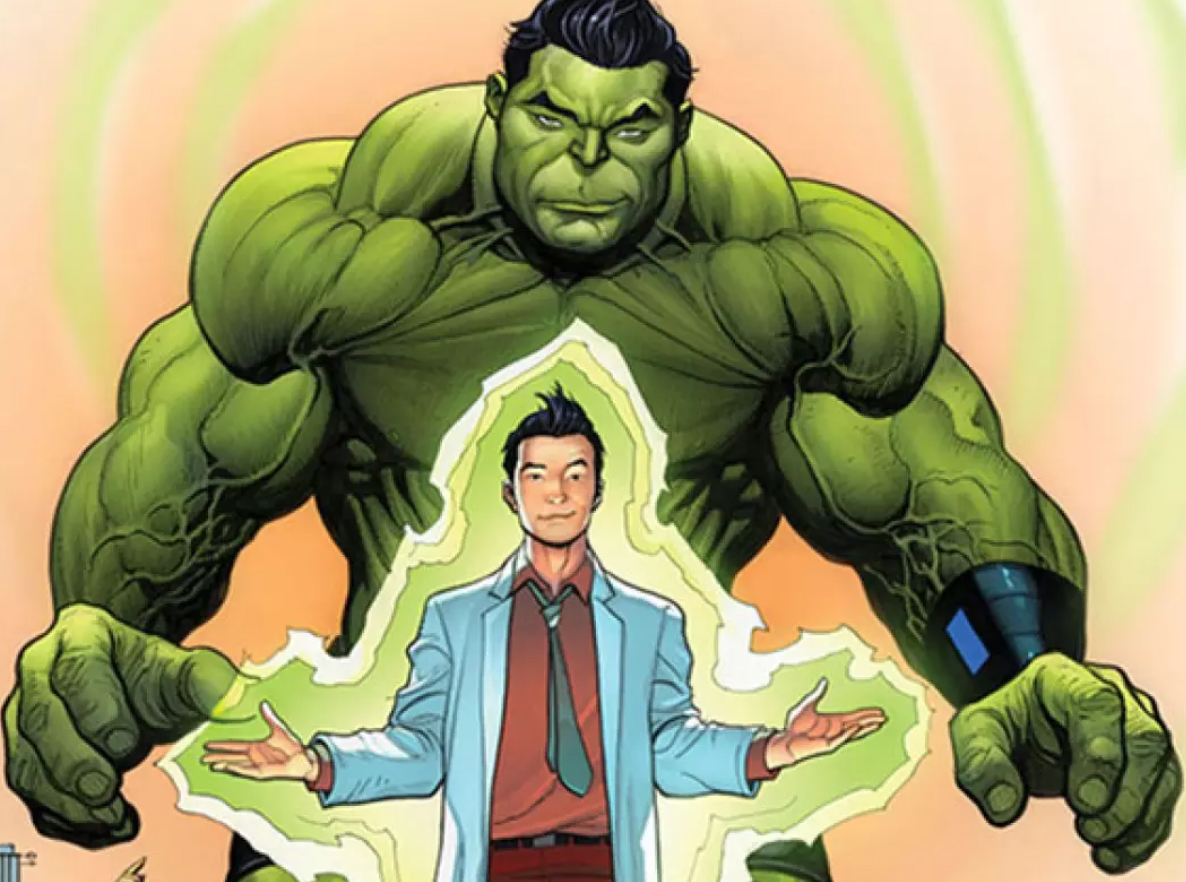 What goes well with any Marvel movie? A Hulk! They always end up as better supporting heroes than main heroes (see Ang Lee’s The Hulk and The Incredible Hulk’s box office returns for proof of this).

Let’s hypothesize the fact that Mark Ruffalo’s Bruce Banner bites it in the upcoming Avengers film in 2019. We need a new Hulk, right? So there are many ways this can go down:

If Marvel went for the 3rd option, they should cast a hot star fresh off the boat on Hollywood dynasty soil. With Henry doing A Simple Favor later this year and a bunch of other shows in 2019, he should ride the lightning and attempt to try out auditions for Amadeus Cho.

Personality-wise, Amadeus is an Asian Mastermind Excello -super-smart, suave, but usually in his own world. Guess Henry may have to do some method acting and do comic book versions of folks like John Nash and Alan Turing who can Hulk out. He may have to pick up an American accent though, but I’m sure he’s diligent enough to do this, especially if he wants to get in on the Marvel train. That’s one ride you do not want to get off from, at least until after 10 years.

Why the hell not?

Hey @DaveBautista, I'm putting together a fan list for a little anime called Cowboy Bebop… You would be the perfect "Jet" to my "Spike". Game?

Do you think Henry Golding has what it takes to go beyond his future typecasted role? Should he be in superhero and pop culture-savvy films? Or do you think he’s a one-trick pony? Let us know!

The critics' reviews for Zack Snyder's Justice League are rolling in and they're mostly a mixed bag. Running four hours and two minutes, this movie re...

This feature is still in development; we have a new TCSS podcast coming up to cover the bottom topics, so stay tuned for those videos! Also, we're go...