Shadow Of The Tomb Raider Can’t Shake Up Its Formula Much, And That’s OK

If you’re going into Shadow Of The Tomb Raider thinking that it’s going to break & heighten your standards to a transcendent level, you’d be sorely mistaken. But at the very least, you’ll find a much-improved and refined action adventure game that stays true to the graverobbing and spelunking spirit from the past two Tomb Raider games.

This latest sequel to the second Tomb Raider reboot (remember Tomb Raider: Legend?) pits Lara Croft and her adventurer pal Jonah as they have to retrieve a Peruvian artifact from a shady organization called Trinity who plans to use it for their own ill. The game also goes into a dark narrative space where Lara’s collateral damage and utter disregard of the consequences to her actions are brought up and explored a bit.

There’s even a stage or two that throws her into her past, fleshing out Lara’s character more. Without spoiling anything, the plot builds up just fine and the character moments are genuine especially around the second half. But generally, Lara herself is quite an arrogant and selfish protagonist to root for at first. 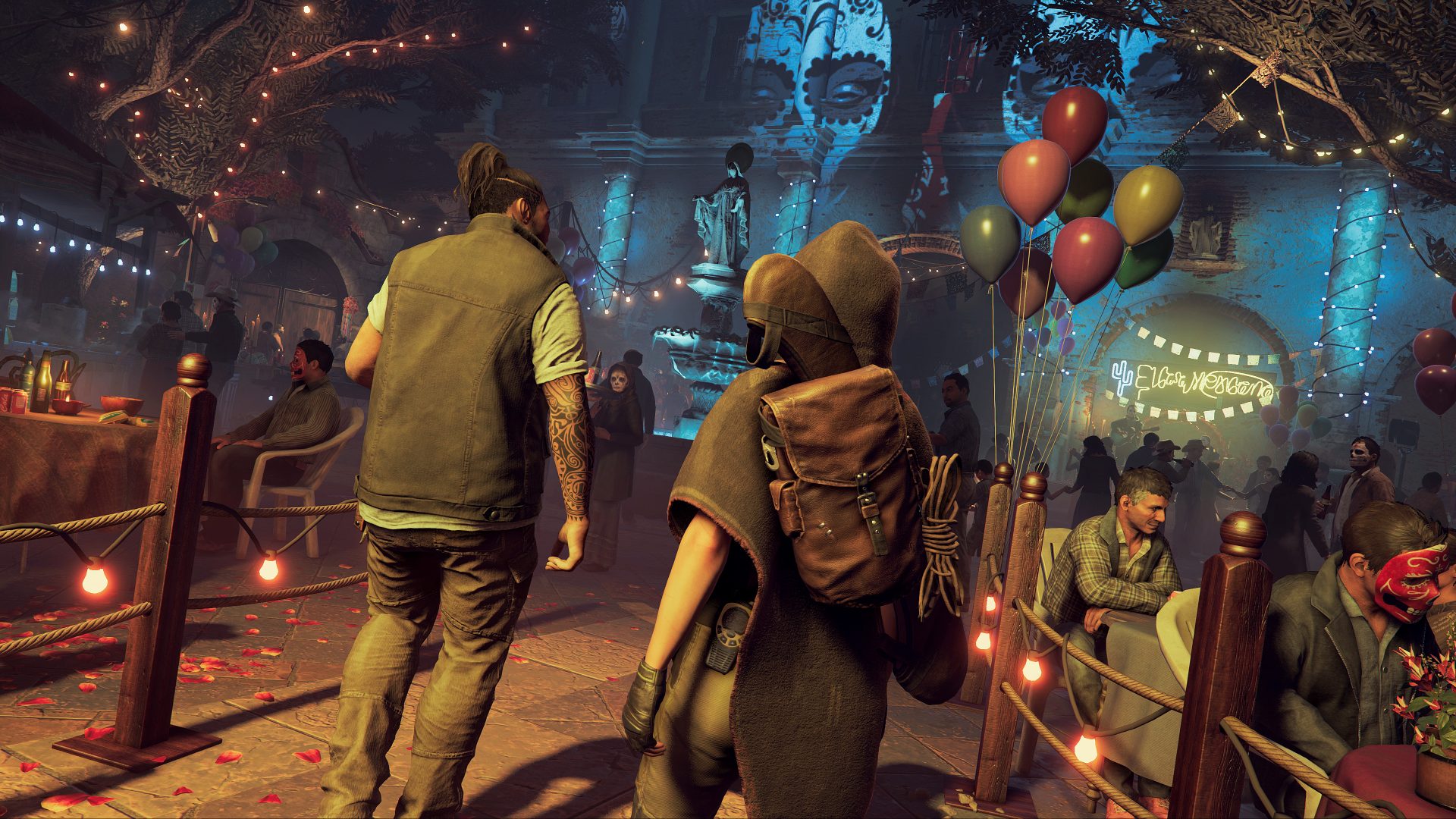 While her VO performance by Camilla Luddington is top notch, the same can’t be said for the way she’s written. She does improve her cadence and attitude over time, but she does not make the best first impression given that she did get a major apocalypse started. This can be detrimental to your immersion into the game’s world and narrative; why would someone help someone this self-obsessed in the long run?

Developer Eidos Montreal gets an “A” for effort at least; a pity the landing didn’t stick. Luckily, the rest of the game shines to the point where you can almost neglect the story bits if you want. 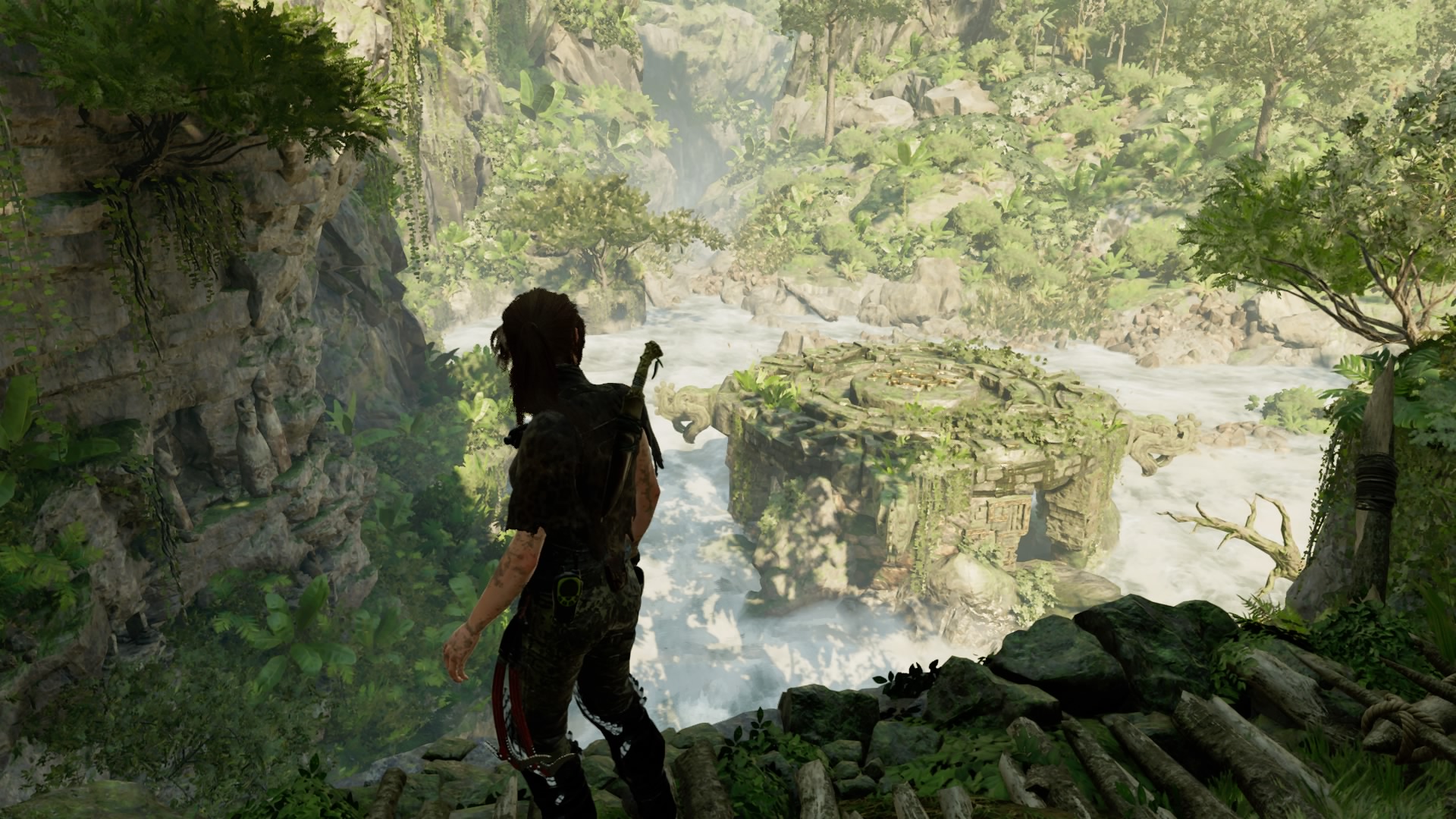 Since the original developers Crystal Dynamics are taking a backseat and are letting the Deus Ex devs to design this new Tomb Raider, you can expect a bit more interconnectivity between the ruins you explore in Peru and the town hubs which offer its aid to Lara either as a safe haven, sidequest dispenser, or an items-trading hub.Â These areas will be your go-to spot for your sidequests and your weapons/items-buying for the majority of the game.

Protip: turn on the native dialogue option to be immersed in these hubs. It’s not a huge game-changer, but the option to make everyone speak in their language of origin is pretty neat especially when playing games that make you explore within parts unknown. 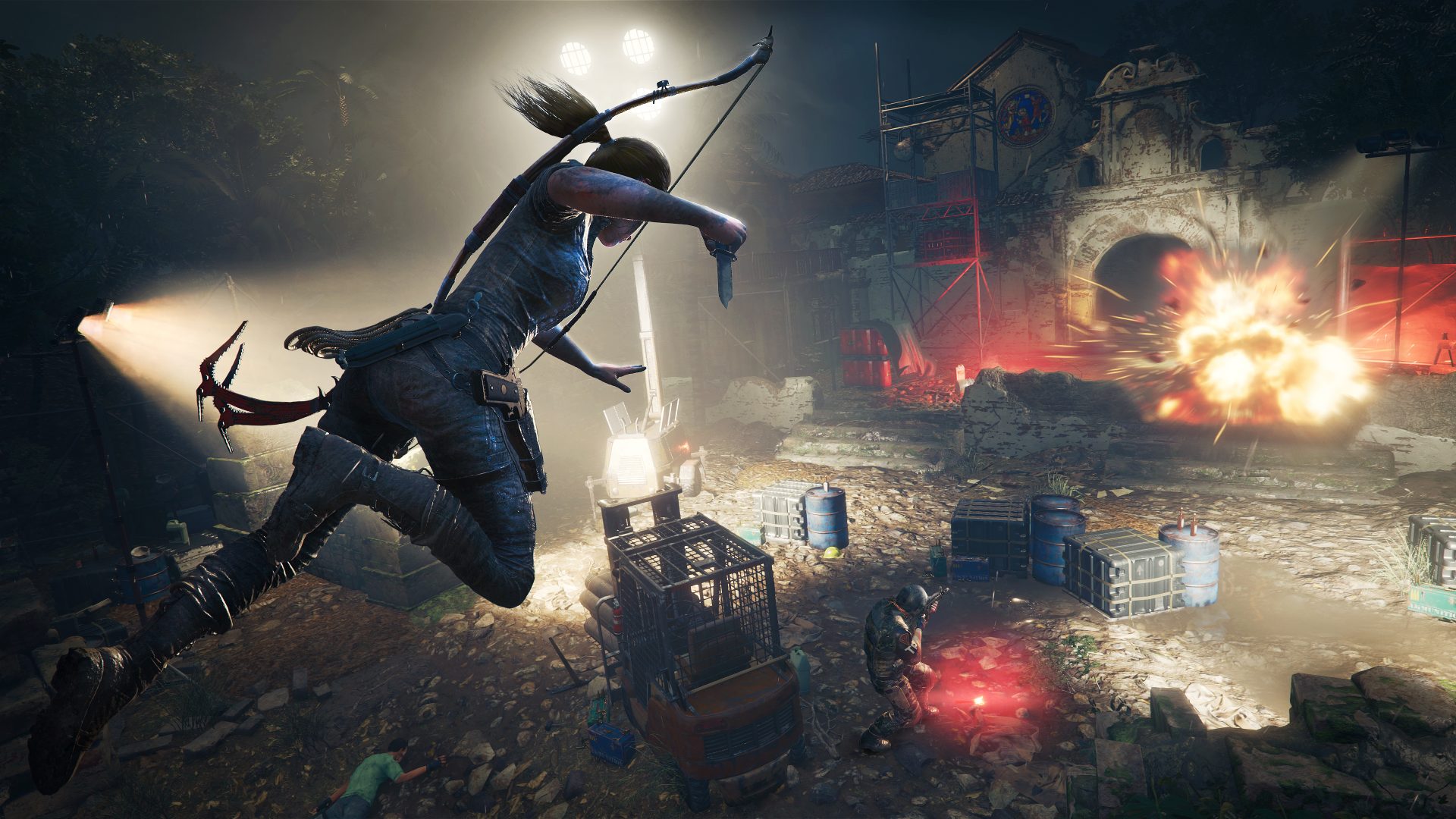 The one major factor that ties all of this together is the fact that everything in Shadow of the Tomb Raider is upgraded and revved up significantly. Temples in the game are very well-designed, each with their own tricky puzzles, deathtraps, and platforming setpieces for players to tackle.

If you want pointers for the game with no spoilers, here’s a guide to sort you out.Â

If you care about crafting, Shadow of the Tomb Raider has that in spades. If you want to spend half your time buffing Lara up with awesome gear, there are a ton of hunting spots, tombs, and crypts for you to fight in and ransack.Â If you feel like taking things down a notch, the game separates the difficulty between combat, puzzles, and exploration so you can choose which parts to crank up and which parts you can tone down.

This is a welcome change for players who, for example, want challenging combat but instead want to tone down the puzzle bits. I know I’m cranking down the latter; I’m the kind of guy who solves his problems with blunt force than piecing literal blocks together.

What She Does in The Shadows

Most importantly, stealth kills and stealth missions are more fun to pursue here. Lara can now cover herself in mud to camouflage herself and even learn a few skills like a rope technique that hangs fools as long as she’s on a treetop branch.

Because Lara is nimble and is adept with her bows and climbing pick, she can dart from one end to another without being detected and can use the various foliage (we’re in a jungle, remember?) to hide in plain sight. 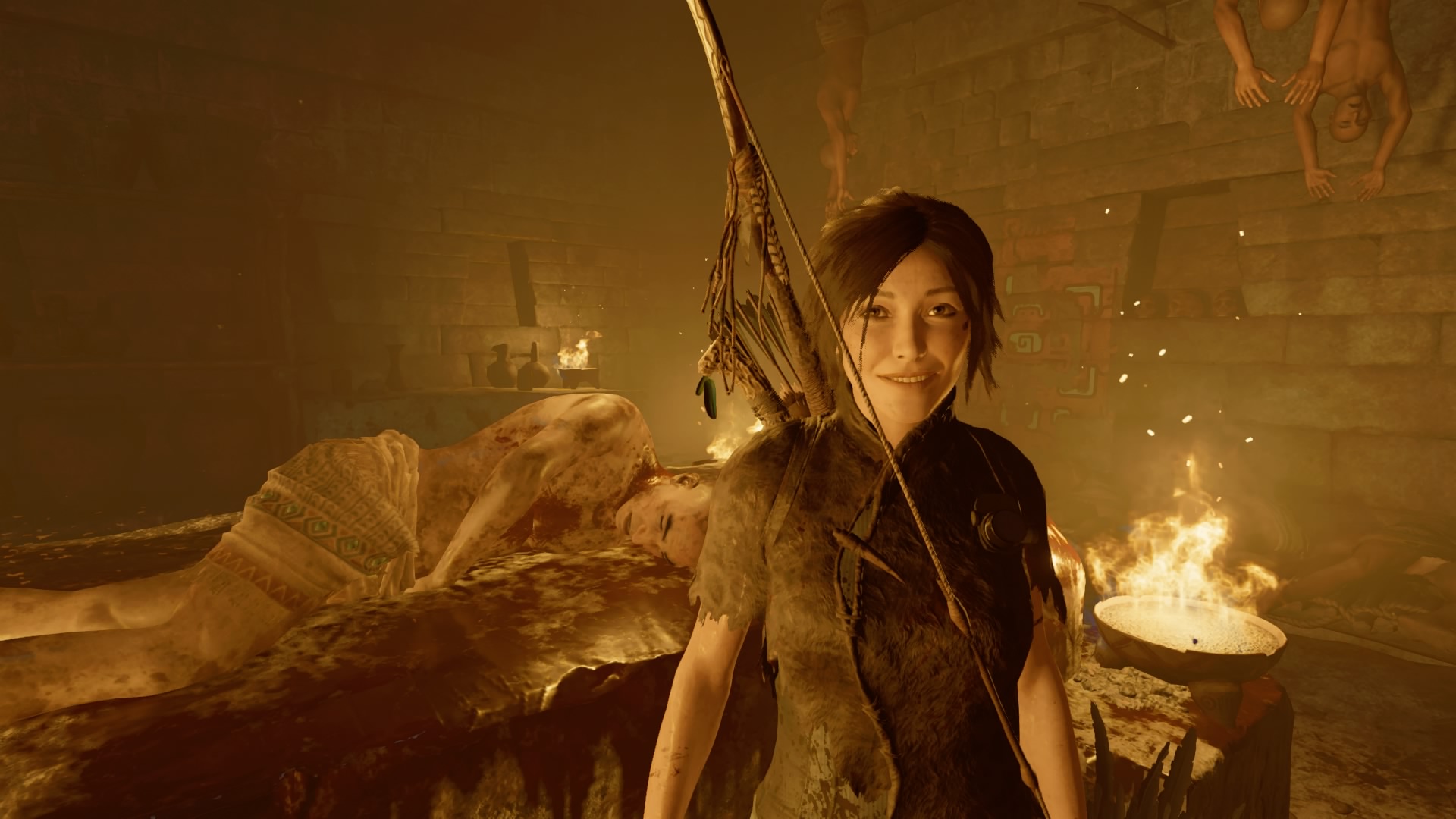 You can go in guns ablazing and the controls and feel for that is just fine like the past two games; you do you, right? But with so many cool stealth options, you’ll be tempted to restart at the checkpoint and maximize your XP gain so that you can turn Ms. Croft into the jungle ninja she was meant to be.

Not since Metal Gear Solid V had I enjoyed stealth stages; performing chain takedowns on two unsuspecting guards, distract the others with random tin cans, and then lure them with poison traps in one of the many Peruvian private army encampments I get to raid.

In essence, she’s a better Predator than the 2018 incarnation can ever be.

If you’ve played the 2011 Tomb Raider reboot and Rise of the Tomb Raider, you’ll probably play a bit of this third game in the series and get a sense of dÃ©jÃ  vu. I don’t blame you if you’re turned off by that prospect, but do stick around a bit longer and you’ll find that the 20 hours of exploring and tomb-raiding here is made fun. If you’re not sick of jungle-themed environments and action games, you could do worse. 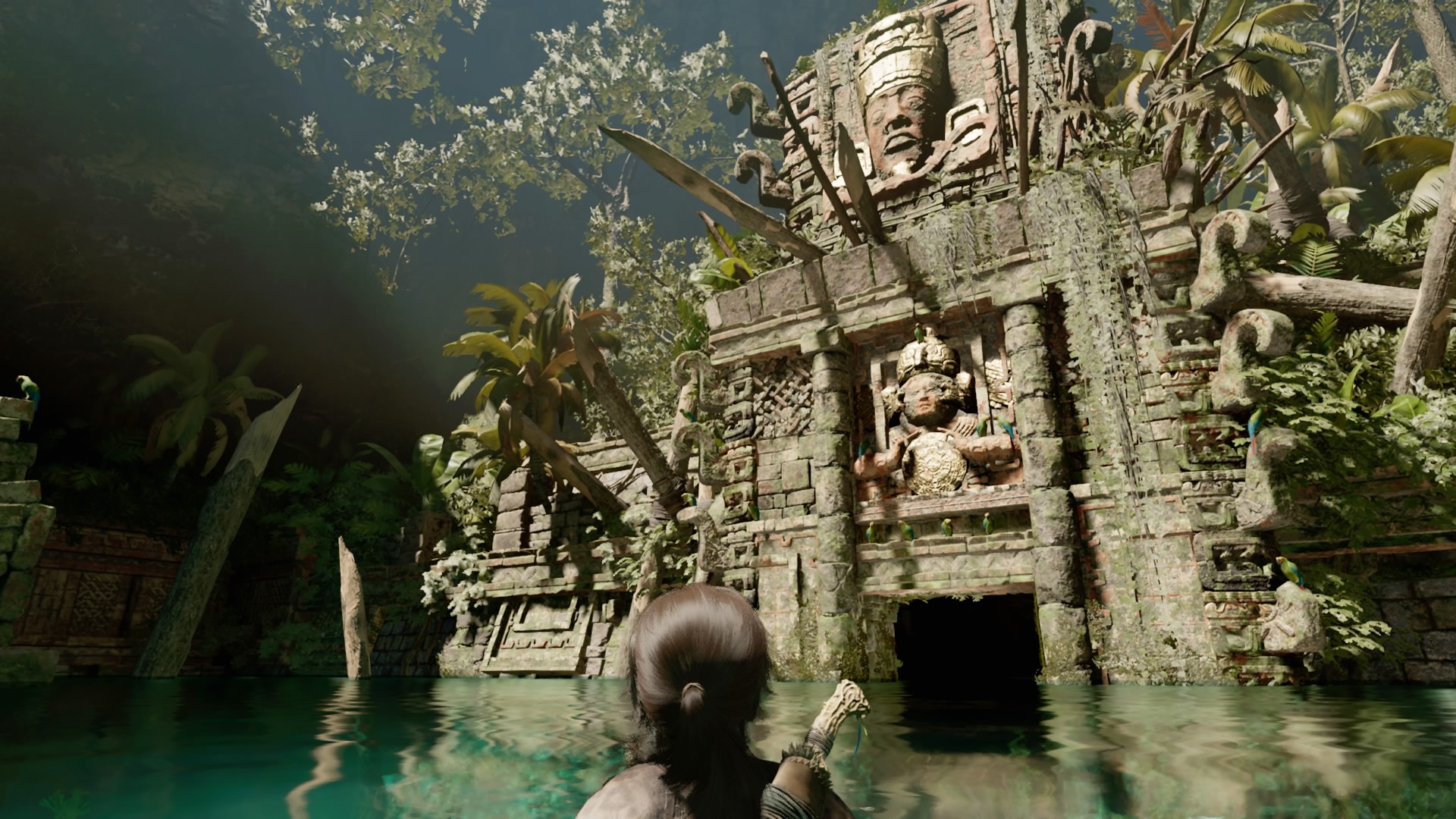 Fans are obviously going to pick this up, but with so many game releases this month and the next, this might be a hard sell if you’re diving into this game fresh. Still, if you yearn for a game that really handles its coordinated spelunking, exploring, puzzle-challenging, & stealth gameplay well, this Shadow is worth embracing.

-Story starts off rocky.
-Lara isn’t really likeable or relatable from the get-go.
-Doesn’t’ deviate much from the past two games. 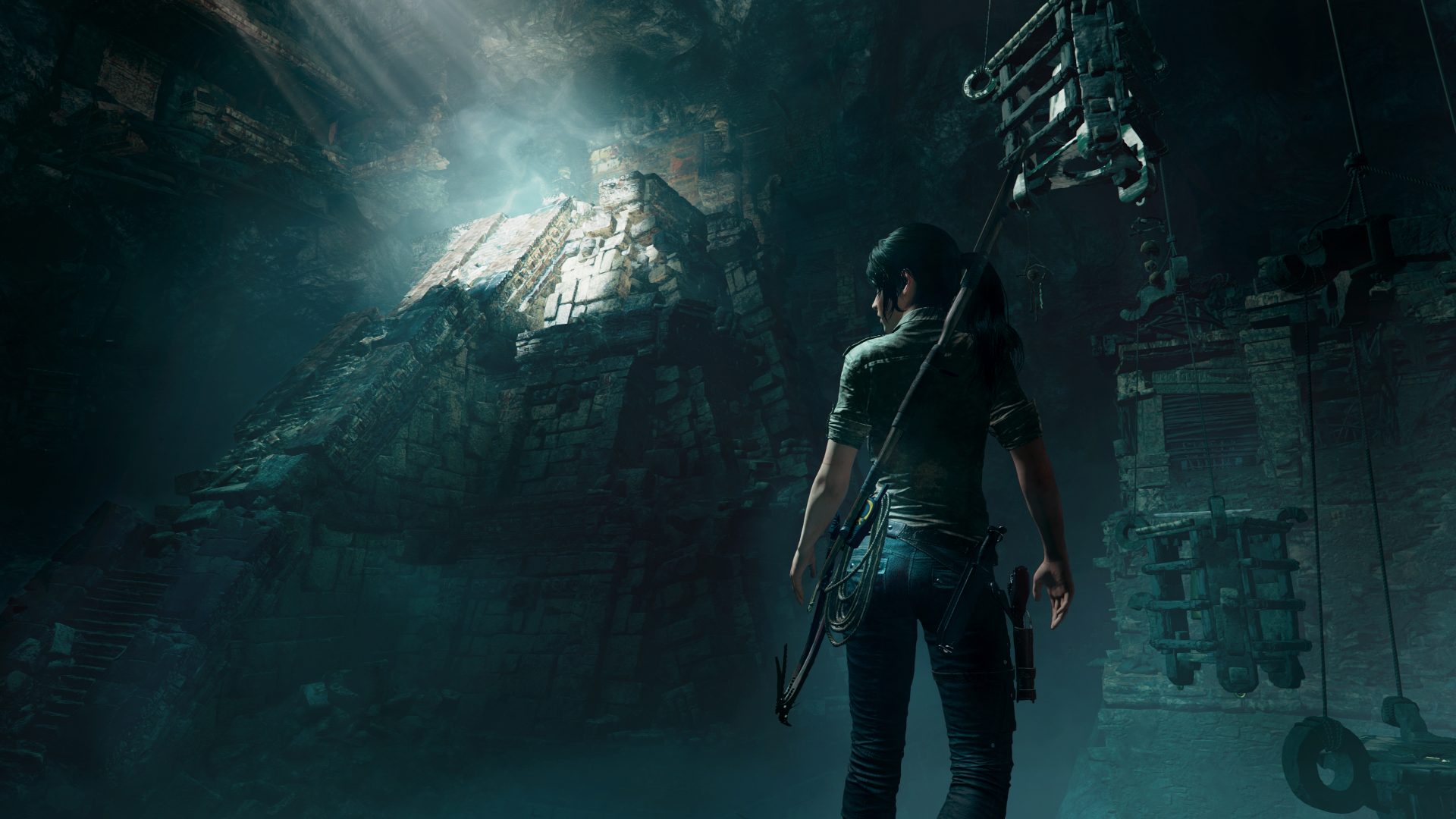 Reviews
The Best Thing About Monster Run? A Living Piece Of Paper

After watching the trailer for the movie and looking at all the promotional material, I initially expected that Monster Run would be like a Chinese v...

Reviews
Violet Evergarden Is 2018â€™s Most Emotional Anime So Far

2018 is looking great for anime fans. However, the one show on Netflix that has always been on my mind, even up to this day, is about a former combat ...

News
Total War Is Expanding Into The CCG Genre With Elysium

Sega and Creative Assembly are joining the Collectible Card Game (CCG) genre with a game of their own; Total War Elysium. As a long-time fan of the To...