A Brief History Of Transformers & Humans Wanting To Bone Each Another

I saw Bumblebee last week; it was a pretty decent end-of-the-year show featuring some G1 Transformer goodness and a lot of coming-of-age teen-slash-human stuff. It also featured a lot of Hailee Steinfeld and Bumblebee hanging out and being kinda touchy-feely for each other, to the point where it’s unintentionally generating that “more than friends” vibe. The “Shape of Water” human and non-human kind of vibe but PG-rated; swear to god.

And that’s OK(?), because this is pretty much normal in the Transformers universe, at least in the G1 cartoons. Don’t believe me? Then I’ll take the (un)fortunate task of listing down the most significant Transformer/human romance in Transformers history. 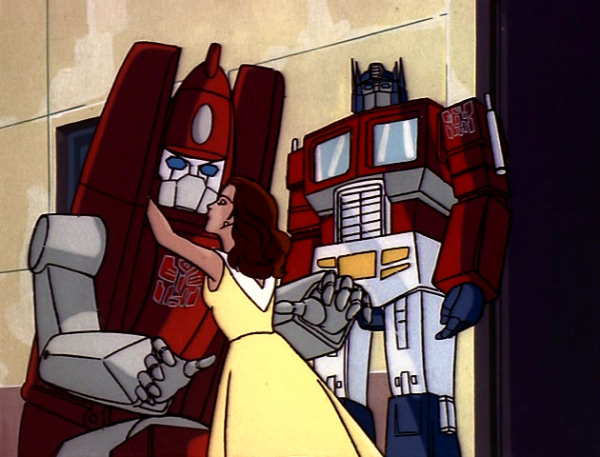 Probably the most famous Transformer and human love story in the G1 series.Â Powerglide the jet-transforming bot saves this tech CEO named Astoria Carlton-Ritz from Decepticon trio Ramjet, Thrust, and Dirge because Megatron wants her for some high tech stuff. Since he’s tasked with being her bodyguard, he gets to endure fun human activities like riding a merry-go-round with her.

He even gets saved by her thanks to a deus ex machina in a form of her dad’s necklace. And worked up the circuits to ask her out on a date. And then there’s the bit where he heads to a corner, opens his chest plate that shows a series of LEDs flashing in a form of a stylized heart. Jesus. 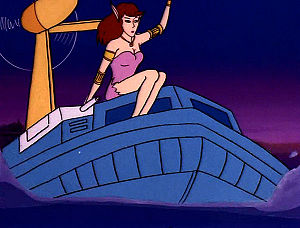 The beach bum of the Transformers series fell in love with rebellion leader Alana at first sight during a slave revolution incited by one Deceptitran (no it’s not a post-op bot). The two even get to experience each other’s life experiences via some Well of Transformation nonsense.

Seaspray temporarily transforms into blonde Conan the Barbarian and Alana becomes a female transformer; somehow this defeats the evil Deceptitran. Like most 80s cartoon romance, this is just a one-off thing for Seaspray to find true love. 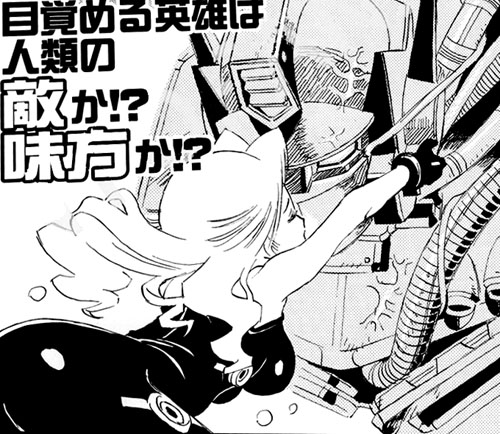 This incredibly young and loli-fied commando was rescued by Optimus Prime back in 1996 during a mission gone bad. She formed a great kinship with Optimus Prime in her childhood, and perhaps has feelings for the Autobot leader.

She gets to show him how she feels by kissing his faceplate and then merge to become a Kiss Player bot, which is a Transformer-human hybrid. Think Dragon Ball fusion but without the foreplay.

Robots and the humans who kiss them to merge into a bigger & better robot. Makes for a great toyline and radio drama for Japan, eh? 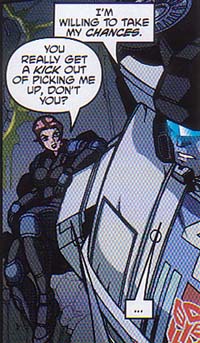 Marissa does get around in alternate universes, doesn’t she? In this G1-style continuity, she teams up with Jazz for EDC Night Force Unit missions. They both have a good rapport with each other that somehow seems to bloom into something more until Marissa’s boss chewed her out for a mission gone wrong.

Love can indeed bloom on the battlefield. 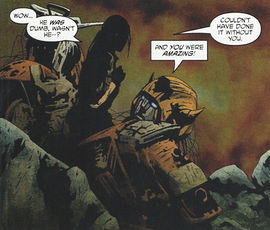 This isn’t so much a blooming romance as it is full-on flirting. After some Transformers-human WWII-era commando team-up, Bumblebee tells Scarlett that she can ride him any time.

He may be a runt in the Autobot top tier group but he can be stylin’ with the ladies, be it a GI Joe operative or an 18-year old Smiths-loving emo chick. Snake Eyes better watch out!

This one’s more comedic than romantic. Sideburn loves (to hump) sports cars. Kelly is the show’s comic relief who always gets her sports cars totalled or transforming into robots that eject her. Sideburn likes one of Kelly’s cars. Kelly’s luck with males is via Sideburn, who probably just wants to hump the car she’s in. Thus forms the basis of comedy in this not-so-hot Transformers anime. 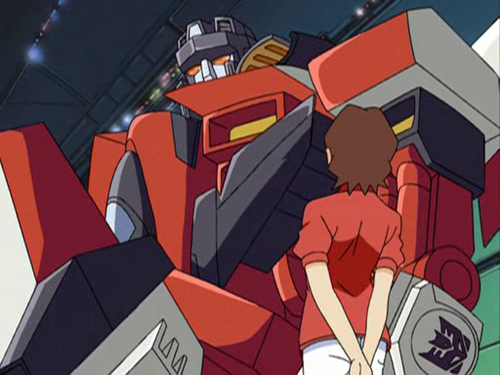 This one’s new. In this timeline, Starscream defects to the Autobots. Somehow, human sympathizer Alexis is smitten by the bot. Despite multiple rejections, she keeps trying to be her friend and even be something more. This version of Starscream is more lone-wolf-with-robot-heart-of-gold than conniving asshole, so he caves in, even bringing them back a souvenir from his expedition. She made a good luck charm out of it, a reminder of Starscream’s kindness.

This wouldn’t last since he ended up sacrificing himself for the greater good by halting Unicron and Galvatron’s plans. She grieves, of course, much like how a girlfriend does for her dead robot boyfriend.

Let’s also not forget that at this time of budding bot-human romancing, she’s 11. Kinda sucks out the tenderness of the whole scenario, doesn’t it?

Wheelie and Mikaela (Transformers 2: Revenge of the Fallen)

I’m probably missing a few more, but these are the more prominent ones. I do hope this discovery has been helpful and enlightening for you. Now if you excuse me, I’m going to take a cold shower. 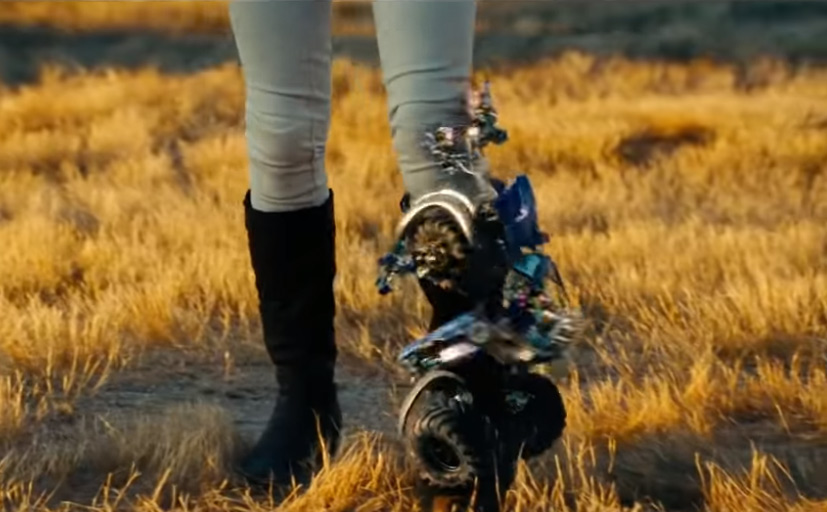 Seinfeld was a popular old sitcom that ran from 1989 to 1998. It's claimed to be one of the best sitcoms of all time, so this is a big deal. Accord...

During San Diego Comic-Con 2019, HBO released a new trailer for its upcoming Watchmen series. We get to see more of this world, set ten years after th...

Comic Fiesta 2022: What You Need To Know