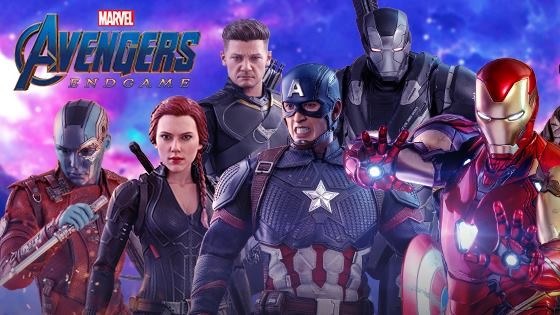 Avengers Endgame is now showing in cinemas, and I have seen the glory that is the end of the Infinity Saga (check out my review here). I’m sure that fans will be excited to know that Hot Toys has officially announced new 1/6th scale collectible figures of Captain America and Black Widow from the upcoming movie.

However, due to how incredibly detailed these two new figures are, I’m putting up a warning for spoilers beforehand. So unless you’ve seen Avengers Endgame, scroll down at your own risk.

Captain America is wearing his chainmail-inspired costume with scales, along with his iconic red-and-blue shield which looks battle-damaged and wearied. Steve Roger’s Captain America suit in Avengers Endgame is my favorite of all the previous live-action suits because of its homage to the comics.

What’s fascinating here is that there will be two additional accessories coming for the 1/6th scale collectible figure of Captain America. If I had to guess on what they could be based on the events in Avengers Endgame, one of them is probably Mjolnir (you know why) and the other could be either the white time travel suit or the broken shield (caused by Thanos).

Meanwhile, the 1/6th scale collectible figure of Black Widow comes with her black one-piece jumpsuit as seen in the movie, as well as her new braided hairstyle. She also gets one long baton, two short batons, and two pistols as weapons, along with a backpack with handles to hold her batons.

In the meantime, check out the Hot Toys figures for other Avengers Endgame characters as well, including Hawkeye, Rocket Raccoon, Thanos, and Iron Man.