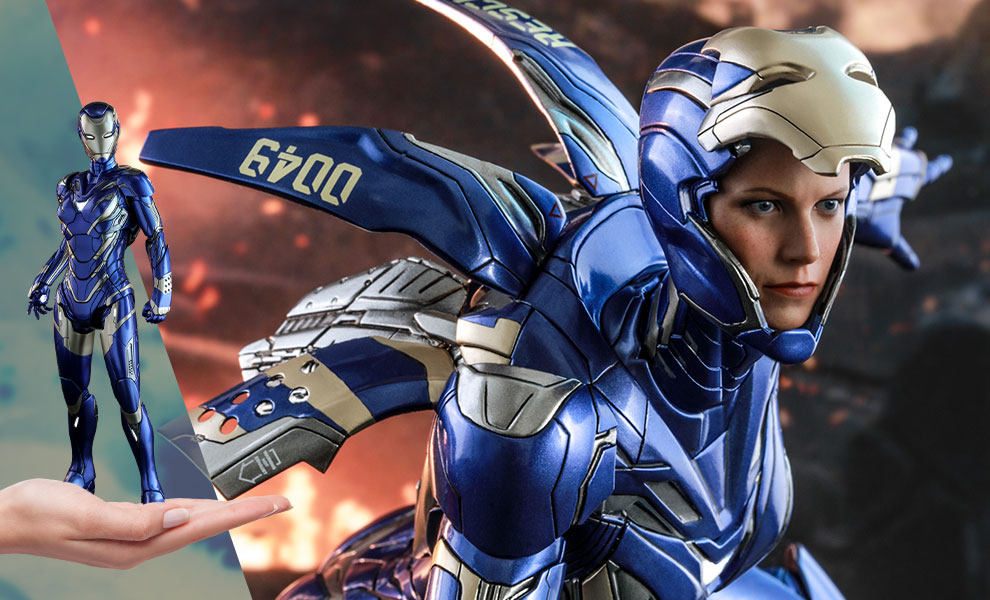 It’s been a month since Avengers Endgame debuted worldwide, with its global box office tally now at a whopping $2.626 billion to date (though that’s still not enough to topple Avatar‘s $2.788 billion).

Hot Toys has revealed a more detailed look at Pepper Potts’ Rescue armor in Avengers Endgame, with a new 1/6th scale figure that comes with all its bells and whistles as seen in the blockbuster movie.

The Hot Toys Rescue Sixth Scale Collectible Figure looks sleek with its metallic lavender blue sheen, as well as a removable mask and helmet with LED-light up function throughout various parts of the armor.

It even comes with the weapons seen in Avengers Endgame, including one long drone, one short drone, as well as the air flaps that form the coolest part of the armor complete with a repulsor fire effect.

Check out the Hot Toys Rescue Sixth Scale Collectible Figure below in all its magnificent glory.

It’s currently available for pre-order at a price of $407 on the official Sideshow website here. It is expected to ship sometime between January 2021 to March 2021.

You can also check out the rest of theÂ Avengers EndgameÂ Hot ToysÂ here.

E3 2019: Midnight Ghost Hunt Is A Multiplayer Nod To Ghostbusters