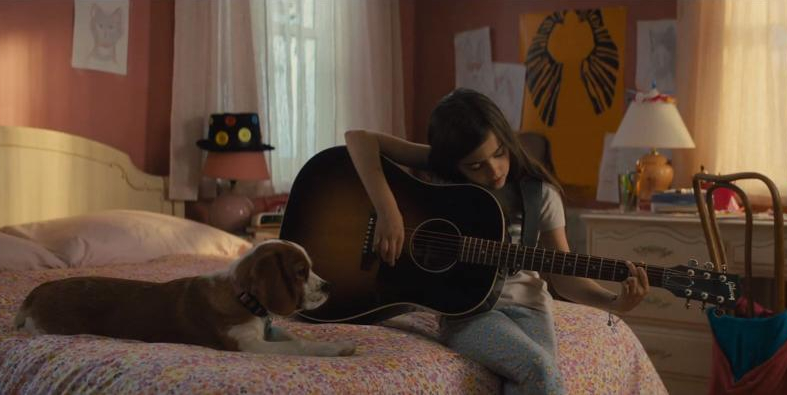 Happy dog lover’s week, at least in cinemas all over Southeast Asia.

First, we have the third entry in the John Wick franchise, a film about a dog lover who takes vengeance on the assassin organization who took his precious wife’s dog’s life. And now we have A Dog’s Journey, a schmaltzy tale of a dog who live through a couple of lifetimes to protect the granddaughter of Dennis Quaid’s character.

It’s a tenuous link, yes, but if you somehow dragged your non-action movie-loving girlfriend to this, it’s only appropriate she returns the favour by dragging you to a film you may tolerate. It might as well be one where dog propaganda is littered all over each seam of the writing, narrative, and character arcs.

Barking Up The Wrong Tree

The story is this: Quaid’s Ethan asks his trusty farm dog Bailey (monologued by Josh Gad) to take care of his granddaughter CJ after she is forcibly moved out of town by her not-so-responsible mother Gloria (Betty Gilpin). Since the dog is old and all, it somehow has the superpower of being reincarnated into different dogs and lifetimes in the same universe.

So Bailey then takes a form of a beagle, a giant dog, and a toy dog to reconnect with CJ, portrayed by Abby Ryder Forston (Ant-Man‘s daughter) and Kathryn Prescott (Skins) throughout her lifetime. Oh yeah, and somehow CJ’s Asian neighbour Trent (Ian Chen, Henry Lau) gets involved because the movie wants to teach us that we should treasure the things close to us, and we need a dog voiced by a Disney snowman to lead the way.

In some way, this movie has a bit of a supernatural element that pop culture fans can dig, especially with appearances from Shazam!‘s Eugene Choi and GLOW‘s Debbie Eagan. Beyond that, the story beats start and wraps up predictably: subplots about deadbeat moms and cancer come into the fray, along with CJ’s terrible choices of men that mirror her mother’s, which all wraps up in a trite whimsical manner. Guess who can solve it and make things right? A dog!

Oh, and CJ’s musical career that won’t take off unless she goes through her hurdles of stage fright which just comes and goes. And someone gets cancer halfway in the film and requires CJ’s support. Yep, it’s that kind of movie that throws in all of its side ventures and hoping one of these lands to make us feel for our female protagonist.

It’s emotionally manipulative, yes, but it’s not like it’s being disingenuous about it half the time. Unless you are a cat person, then yeah you’ll hate this film with a fury of a thousand suns.

Not As Flea-Ridden As We Thought

A Dog’s Journey is a decently-made film for what it is: an all-ages film with stock personalities doing their best with a simple script adapted from a book clearly written from a guy who loves his canines. It’s corny and predictable, yes, but it also brings in the feels when appropriate.

Sometimes that’s worth sticking around for in a week where Keanu Reeves brings in a ton of pain to ninjas and hitmen, yes?

What The Golf? Makes You Appreciate The Insanity Of Indie Games, Not So Much Golf