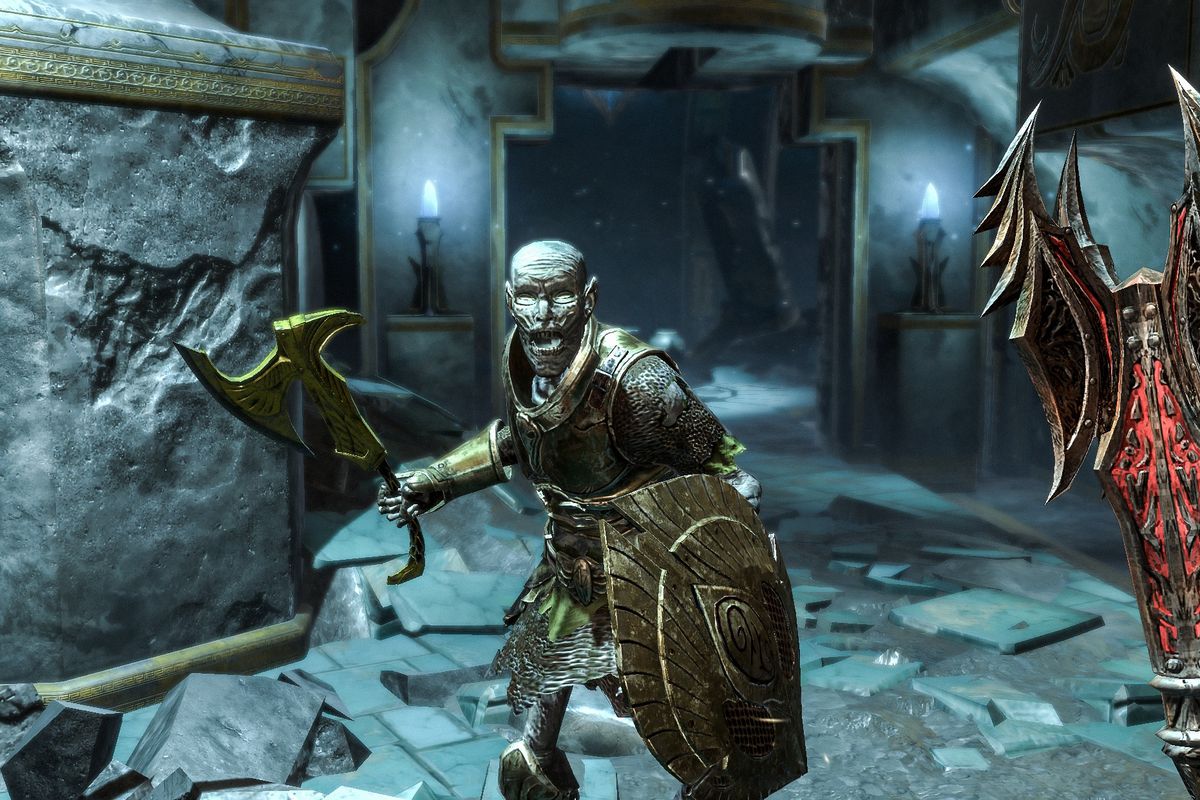 Bethesda’s new mobile title, Elder Scrolls Blade, is the studio’s #1 downloaded title after Fallout Shelter. Blades is a free-to-play dungeon crawler which focuses on 1v1 battles. The game is available on iOS and Android now depending on the region.

The game is in early access on iOS and Android, and will come to the Nintendo Switch this fall. No exact release date yet though. The game will support cross-play between mobile phones and the Switch, meaning you can play on mobile now and get a headstart on the console.

The game will be getting an update later today that introduces custom jewel crafting and a dragon questline. It will also see Arena content later in the year. Bethesda is also planning to put add social features such as PvP, guilds, towns which players can visit and more.