Earlier today, the official Capcom Fighters Twitter account sent out condolences to the family and friends of Bryand “Krucial B” McIntosh. It’s been reported that Bryand had passed away at Defend the North 2019, a fighting game tournament held in New York.

We are very saddened by the sudden passing of Bryand ‘@Krucial_B‘ McIntosh. He was a pillar in the Louisiana FGC and the community as a whole. Our deepest condolences to family and friends.

RIP Bryand. You will be missed.

There’s still no official word on what exactly happened as investigations are still being carried out. According to other DTN participants, it seems that Bryand had collapsed due to a seizure and was promptly assisted by hotel staff and paramedics. DTN was organised at the New Yorker hotel.

Unfortunately I got the news that this man passed away

Saturday night absolutely sucked. We got word that while attending #DTN2019 a long time friend from the Louisiana FGC @Krucial_B suffered what appears to seizure and passed away at a NY hospital. This was out of the blue and most of us aren’t quite sure what to make of it.

According to Kotaku, New York City is currently going through a heatwave and the temperatures have reached higher than 100Â°F (38Â°C) which New York Mayor Bill de Blasio says are temperatures they have not seen in at least seven years. Coupled together with power outages happening at the same time, things are very difficult for New Yorkers right now. Whether or not these problems affected DTN and Bryand, nobody knows for sure yet at this point.

Bryand’s friends and other figures from the Fighting Game Community have expressed deep sadness over the loss of a mentor & teacher, and a pillar in the Louisiana FGC. Founder of DTN, Andy Dumornay has also sent out his condolences on the front page of the DTN official website. He pledges to do everything he can to assist with the investigations. 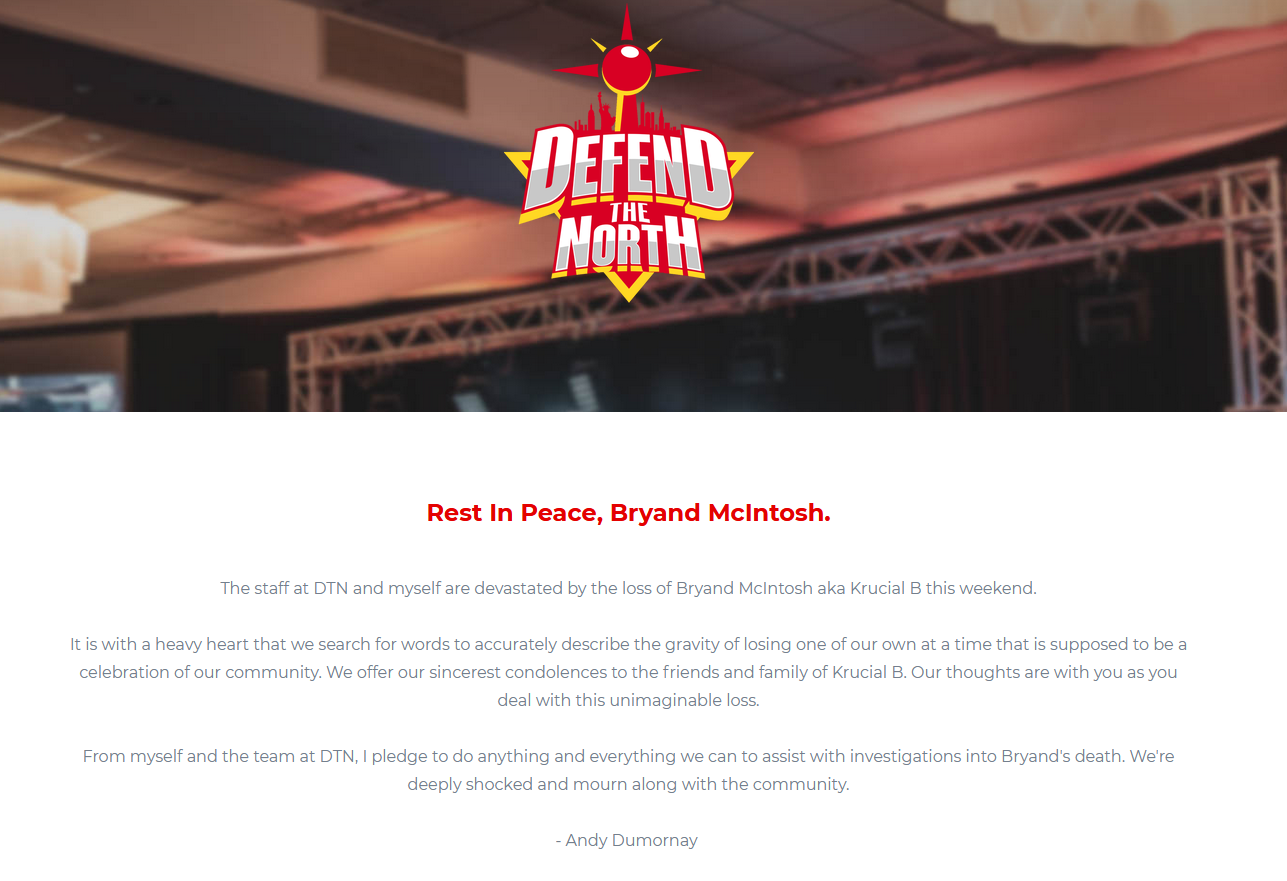 When you want trippy hypersense-styled games, you go to Tetsuya Mizuguchi, the developer known for colourful titles like Rez and Tetris Effect. And he...

Star Wars The Rise Of Skywalker is the first film in the franchise's 42-year history to feature LGBT representation in the form of a same-sex kiss bet...