The Sandman has turned out to be a huge hit worldwide, hitting the Top 10 Netflix series lists of many countries since its premiere on 5 August 2022. I personally think it’s one of the best comic book adaptations I’ve had the pleasure of watching, but you can check out our official review here.

At the time of writing, Netflix has yet to renew The Sandman for a second season, but with critical acclaim and its increasing popularity, perhaps that will be coming any day now.

For those who have finished the first season of The Sandman (all ten episodes), I’m sure you’re wondering where the series will be going from here on out. As such, I’ll be discussing heavy spoilers below, but not only from The Sandman Season 1 but also from the entire comic run.

So, THIS IS A WARNING to please avoid reading this article if you really don’t want to know what happens in the comics and what will eventually happen in future seasons of the Netflix series.

Also, for the purposes of this article, I’ll be referring to Dream as Dream and not Morpheus, since they’re the same person.

The Sandman Ending: Revenge Of Lucifer, Or Is It? 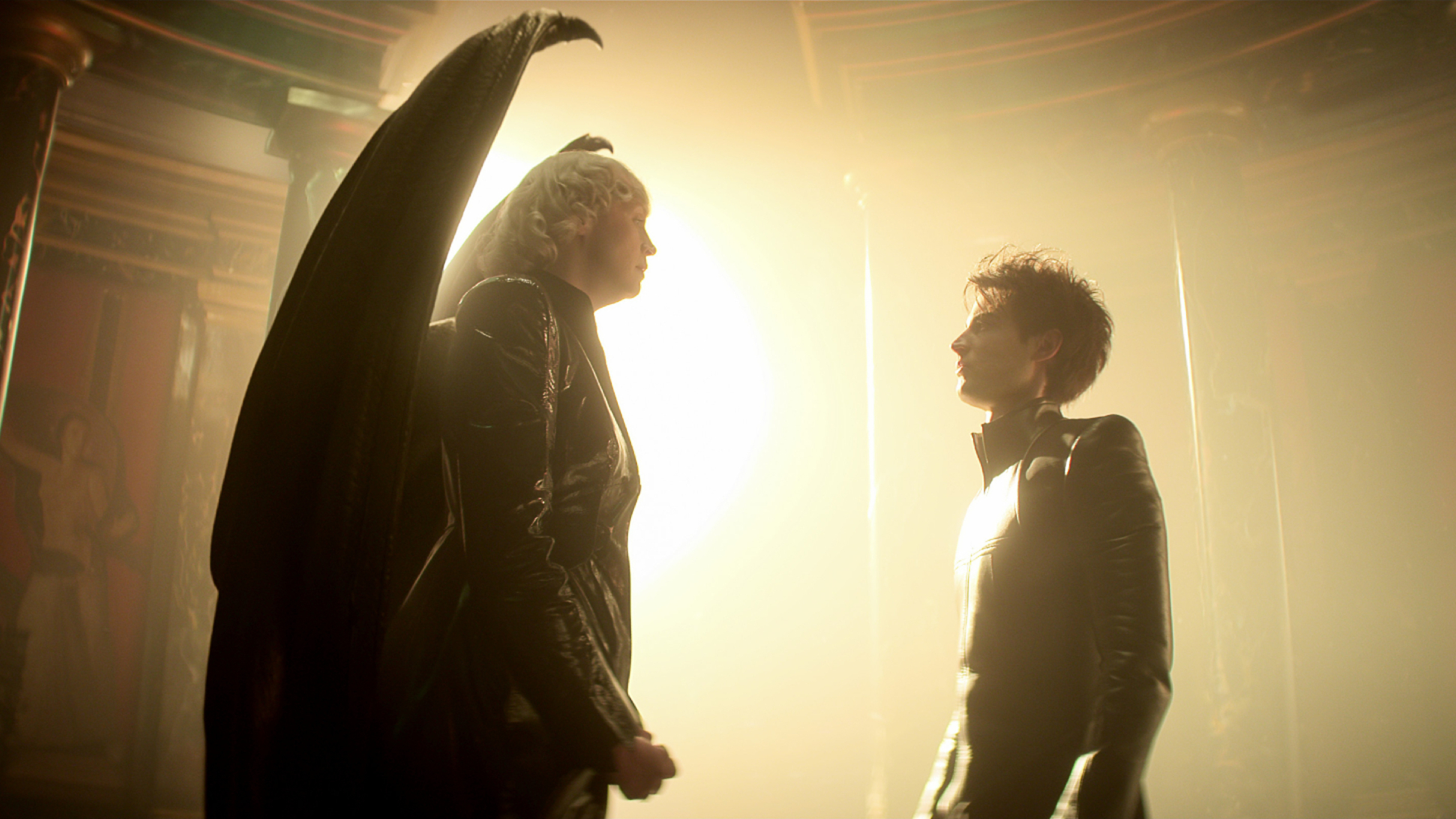 The biggest takeaway from the ending of The Sandman Season 1 is that Lucifer wants to strike back against Dream for humiliating her/him/them by winning the challenge and reclaiming his helm in Episode 4: A Hope In Hell. A demon named Azazel shows up and wants to help Lucifer.

For those unfamiliar, it’s important to note that all ten episodes of The Sandman Season 1 only adapted the first two volumes of the comics; Preludes And Nocturnes and The Doll’s House. The next volumes to be adapted must then be Dream Country and Season Of Mists. While Dream Country is just a collection of unconnected stories, Season Of Mists is regarded to be one of the best and most important storylines in The Sandman.

With the ending of The Sandman Season 1 teasing Lucifer and Azazel, The Sandman Season 2 will probably largely focus on and adapt Season Of Mists. However, it looks like Netflix’s adaptation will finally diverge after being mostly faithful and accurate to the first two volumes. The circumstances are different in the Netflix series and the comics.

The gist of Season Of Mists in the comics is this; Dream wants to save his former love, Nada, from hell. Nada is the woman that Dream briefly talks to in Episode 4: A Hope In Hell. Dream expects that Lucifer will probably want revenge for how he won the challenge against Lucifer in reclaiming his helm, so he goes to hell expecting a war and his own death if it comes to that. The big twist is that Lucifer is emptying and abandoning hell. If that’s not enough, Lucifer gives Dream the key to hell and leaves on his own journey. Now, Dream is left with the key to hell, and everyone wants it, from gods of different pantheons (including Norse gods Odin, Loki, and Thor) to angels from heaven and demons from hell (including Azazel who appears in the Season 1 finale of The Sandman). The fun is seeing all of them asking and demanding the key to hell from Dream, and Dream has to decide to whom he wants to give the key to hell.

That’s as simple as I can try to be when describing Season Of Mists. In the comics, Lucifer doesn’t take revenge by attacking or waging war against Dream, which is what the Season 1 finale of The Sandman is implying and teasing. He abandons hell and leaves the keys to hell to Dream. However, the comics version of Lucifer does note that doing this has the potential to either benefit or ruin Morpheus, so it could still work as a sort of “revenge”.

That being said, Gwendolyn Christie’s Lucifer in the Season 1 finale of The Sandman doesn’t seem like the Lucifer. It doesn’t seem like he/she/they are going to abandon hell to spend time on Earth. He/she/they look angry as heck, and Azazel even appears to say that he will help Lucifer fight against Dream. This seems to be the opposite of what happened in the comics, though there’s still a possibility that The Sandman Season 2 will give viewers a twist by indeed following the Season Of Mists and not giving us a “war” between the Dream and Lucifer. Because there was no war between Dream and Lucifer in the comics. Unless Season 2 diverts.

In addition, I would just like to point out how faithful and comic-accurate the Netflix adaptation’s version of Azazel looks. I’ve been impressed with almost everything they did in Season 1 but I was actually slack-jawed by this when I was watching the Season 1 finale of The Sandman. Azazel in the comics.

That Rose Walker Twist Was Earlier Than Expected 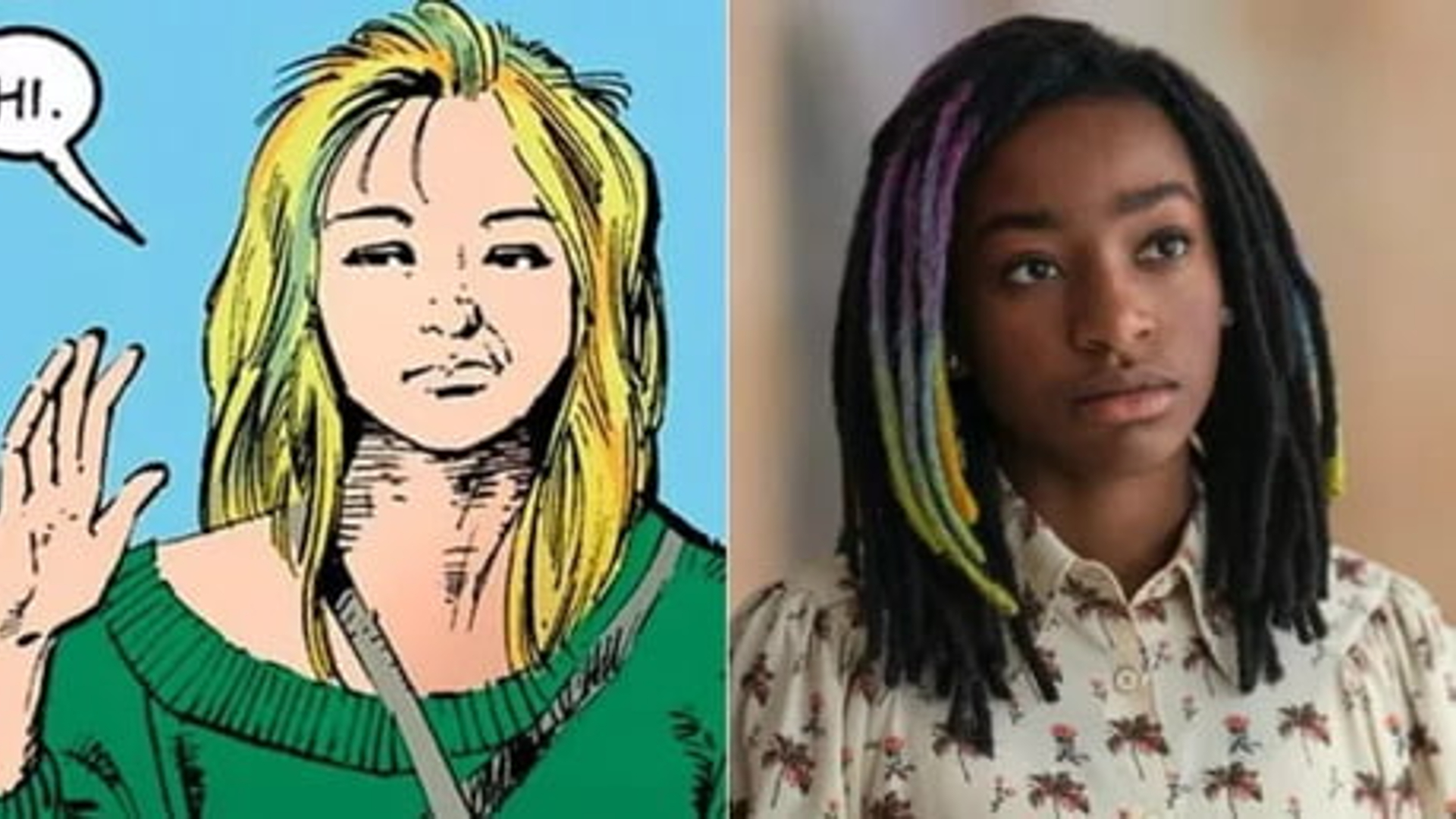 The Season 1 finale of The Sandman revealed that Rose Walker and Jed Walker are the grandchildren of Desire. In the comics, it would not be until one of the last few volumes near the end of the comic book series, The Kindly Ones, that they revealed this. It was a revelation saved for the “endgame” of the comic book series, but the Netflix adaptation has changed that and decided to reveal this much, much earlier than expected.

One reason for this is that the Netflix adaptation might be giving more material to Rose Walker and that her relationship with Desire might be more important later on rather than simply being another of Desire’s plans, manipulations and machinations.

Lyta Hall’s Baby Will Be VERY Important To The Story 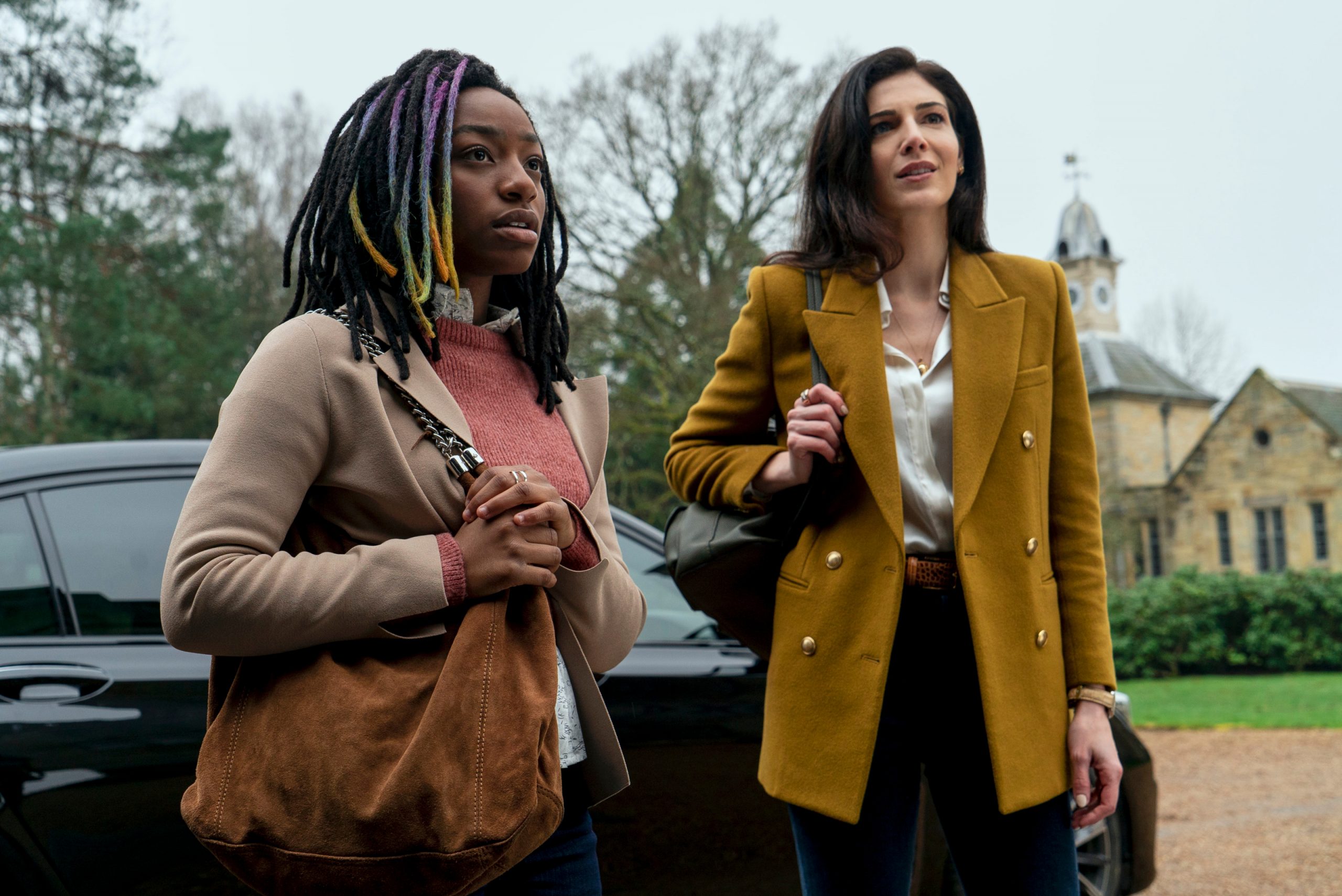 The Sandman. (L to R) Vanesu Samunyai as Rose Walker, Razane Jammal as Lyta Hall in episode 107 of The Sandman. Cr. Liam Daniel/Netflix © 2022

In The Sandman Season 1 finale, Lyta Hall has her baby delivered but that baby doesn’t have a name yet. That’s because, in the comics, it will be Dream himself who names the baby later on with the name, Daniel Hall. Coincidentally, this also happened in the Season Of Mists (the storyline I mentioned earlier in this article). Rose Walker and Jed Walker are the grandchildren of Desire, so this proves that The Endless can procreate with human mortals, and that includes Dream himself. In the comics, one of Dream’s biggest regrets is his son named Orpheus and that will (in part) ultimately lead to his eventual death at the end of the series. I will leave the hows and whys of that for you to discover in the comics or when the series eventually adapts them.

The Corinthian Will Return, Don’t Worry 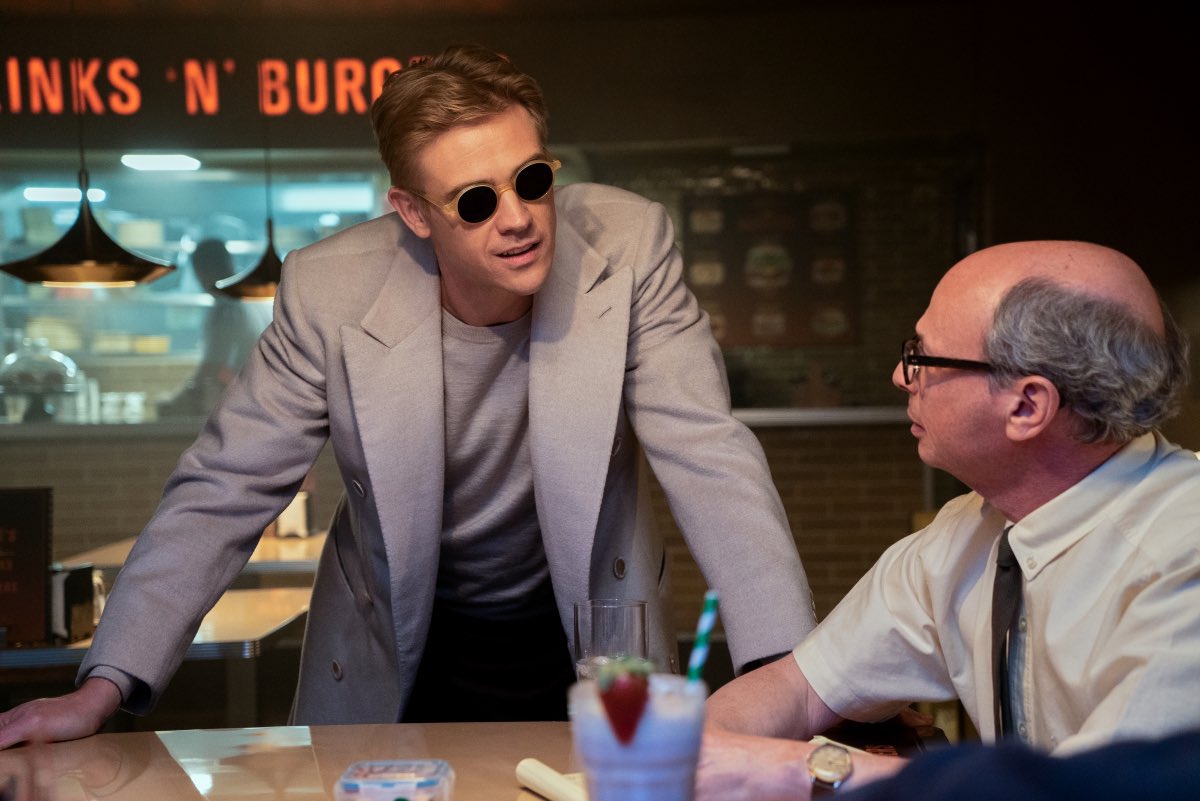 Oh, and I noticed that one of the biggest fan-favourites for viewers has been Boyd Holbrook as the Corinthian. Yeah, I know he’s hot as heck and he sort of looks like Nanami from Jujutsu Kaisen. To that end, I want fans of the Corinthian to rejoice and be happy, because yes, he will definitely return.

The Netflix version seems to follow this because, in the Season 1 finale, we can see that Dream still keeps the Corinthian’s skull intact, thus teasing that he’s not fully destroyed. As such, we should probably expect the return of the Corinthian, but maybe not as soon as Season 2.

The Steam Winter Sale has begun, and with it comes a new sales mechanic and a bunch of titles with slashed prices. It'll last from today until 2nd Jan...

News
Here Are the Full Results From The 2017 Game Awards

The 2017 Game Awards took place earlier today and here's the full list of winners including the biggest winner of the night, The Legend of Zelda: Brea...