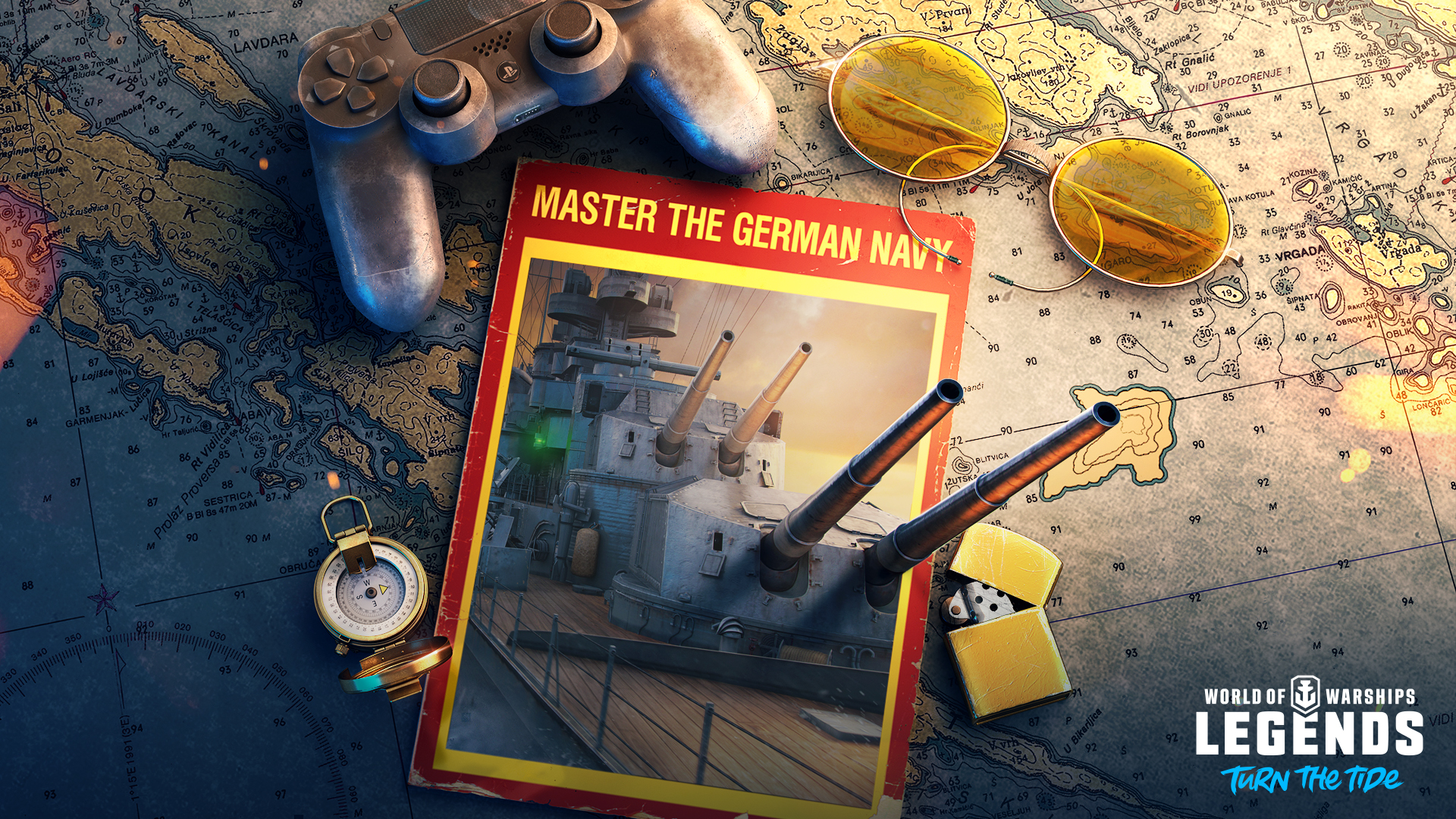 The latest major update has arrived for World Of Warships Legends for the PS4 and Xbox One. It comes with the highly-anticipated German Navy joining the game’s roster, a new epic campaign, and various improvements.

Players can now take control of the Germans’ famous Cruisers like the NÃ¼rnberg and the Hipper (both of which rely on a balance of great gunnery and high hull strength), as well as powerful Destroyers like the Leberecht Maass.

While the Battleship Scharnhorst will be available as a premium purchase, the German fleet will continue to grow in the coming months, with early access to Destroyers this month and becoming fully accessible to players in August 2019.

The new World Of Warships Legends update introduces the new Search & Destroy! Campaign to replace the old Atlanta Campaign. It offers new challenges and rewards, such as:

Meanwhile, the U.S. 4th of July celebrations brings with it the all-new Liberty Pack, which contains boosters, camouflage, and Premium Account time.

Here are some of the new features and improvements added in the new World Of Warships Legends update:

Check out the glorious new German ships below.

The Monkey From Friends Will Be Yorick's Companion In Y: The Last Man

Don't Be A Scrub, Play The Street Fighter V Free Trial Next Week