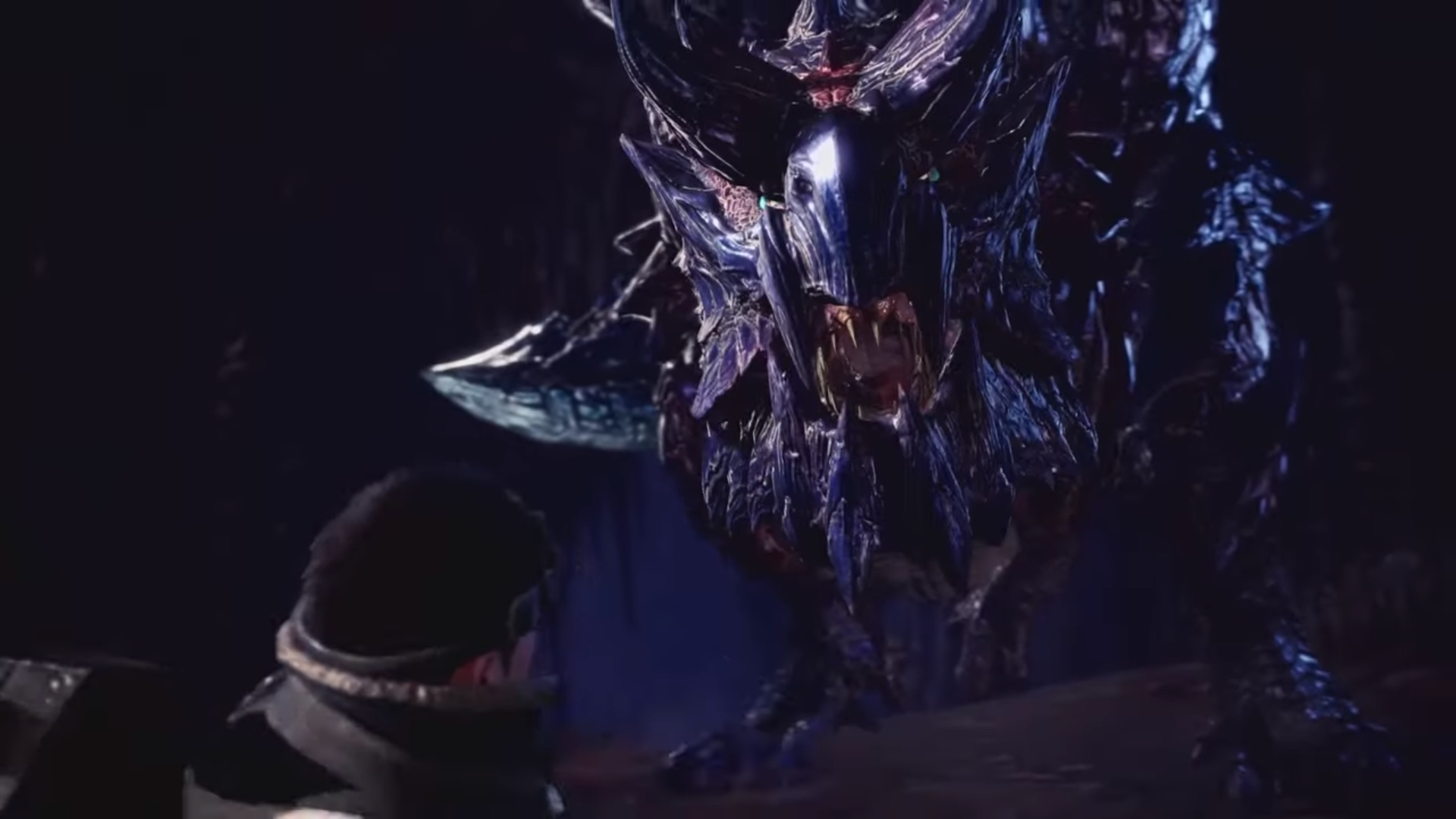 Capcom fuels the Monster Hunter World: Iceborne hype as fans are treated with a trailer featuring a returning monster, a glimpse of the new gathering hub, new subspecies and much more.

As you can see in the trailer, the sword-tailed wyvern Glavenus gets the limelight in this trailer. The Brute Wyvern was first introduced in Monster Hunter Generations as a flagship monsterÂ and now he slashes his way into the New World.

The wyvern sports a gigantic bladed tail as its main weapon against hunters and is capable of spurting molten lava from its mouth.

If you think the big red vicious dog monster Odogaron wasn’t tough enough, wait till it cousin appears in the Iceborne expansion.

The Ebony Odogaron features darker colours and longer claws. It also has dragon breath which I assume will inflict Dragonblight, and stinks of a thousand carcasses. It’s probably the effect of being frequently used as a chew toy by the Deviljho.

The Fulgur Anjanath makes its maiden appearance in Iceborne. It differs from the original Anjanath in terms of raw power and element. This one is literally electrifying with its electric-based powers.

The Fulgur Anjanath gets its powers from the Fulgurbugs, a bug which is synonymous with another monster, the Zinogre. Maybe Zinogre will be added in the future updates, here’s hoping.

Hoarfrost Reach is a freezing locale, so it’s only perfect to see the Gathering Hub be a warm and welcoming place for weary hunters.

Capcom has included nice hot springs in the gathering hub complete with emotes to express yourself while your characters enjoy the hot bath.

The Gathering Hub is also complete with all the vendors necessary to get you ready for a hunt such as the Smithy, the Resource Center, the Botanical Facility and more.

You also get a new room!

It is surely an improvement from the old rooms, but in my honest opinion, the highest tier room you get from the base game is already a beautiful place, complete with a garden and a Palico serenading you with a blissfully serene soundtrack.

At the end of the trailer, fans are teased of another upcoming monster.

The Uragaan appears on screen and has green slime all over its body. It’s nothing much to discuss, until this happens:

Anyways, with all the returning monsters as well as new subspecies, Monster Hunter World: Iceborne will definitely entice any hunter that’s worth their zenny. It is the ultimate culmination of all Monster HunterÂ games that have come before and will set a new standard for the next Monster Hunter games, especially in the coming generation.

And oh, you can finally play around with your Palico too!

Tell me that’s not a compelling reason not to pre-order the game right now!

Monster Hunter World: Iceborne will be released on PlayStation 4 and Xbox One on 6 September, 2019, with the PC version coming in Winter 2019.