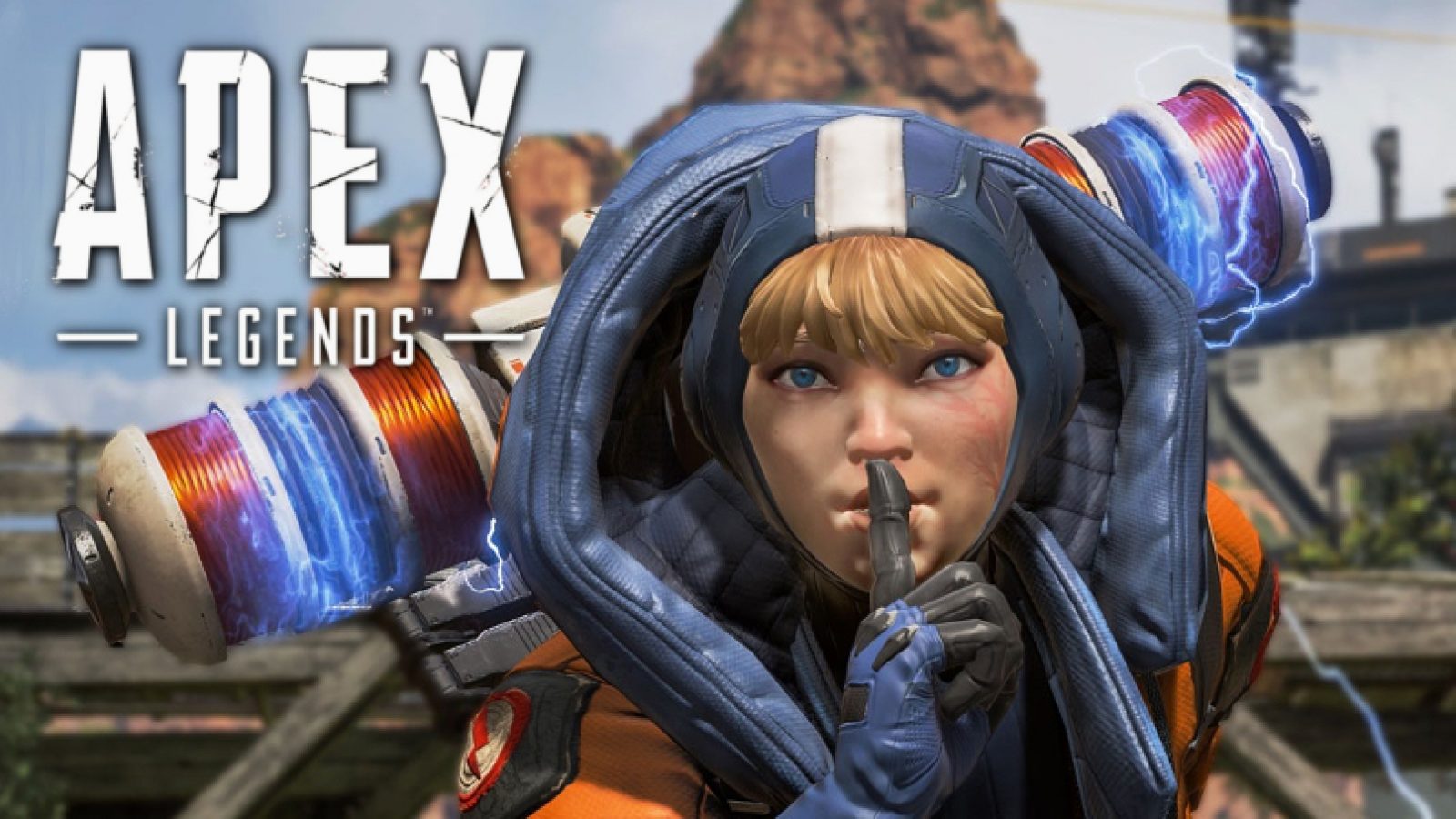 This tips and tricks guide is still under development, given the early phase of Season 2.

Apex Legends second season brings glad tidings to all players, let them be hardcore or casual players, especially with the large addition to the loot pool, adding hop-ups and utilities such as extended mags, and the introduction to Ranked Mode, in which players will seek even a tiny bit of advantage to survive the onslaught.

In other words, the old meta has been shaken to its core.

We’ve been spending some ungodly hours playing the second season of Apex Legends in both normal and ranked. Why? So that we can share with our readers some tips and tricks to get you ahead of the game.

As the launch trailer pointed out, there are new places and revamped spots all around the map.

The Leviathans are now a feature in the map and they occasionally hide valuable loot under their feet.

Careful, the Leviathan steps on any unlucky player that’s standing under the foot for too long

Flyers are still present although only a few are flying. You can find more of the dragons perched on top of rock formations.

They carry loot boxes containing occasionally decent loot, but sometimes it’s not worth giving away your position.

This applies to both normal and ranked mode.

In ranked mode, you’ll want to hit the Top 10 squads for those valuable RPs, so it’s very important where you drop as you’ll want to maximize survivability by avoiding hot drops as well as gather enough loot for the whole squad. In essence, avoid hot dropping at all costs especially in higher tiers such as Gold or Silver tier where an early loss would mean a demotion in the division.

Meanwhile, in normal mode, there are certain spots on the map that will have Care Packages the moment you touch the ground, netting you powerful loot such as the L-STAR EMG or the Kraber. These spots are marked on the minimap. However, these early drop Care Packages usually land in less established places, so you’ll risk your squad being caught without loot. It’s a high-risk high-reward strategy.

The key is to land further away to avoid hot-dropping with other squads while not being too far from the ring as it hurts like heck. Speaking of which…

The ring now deals higher damage values which are uniform across both modes. Ring Damage total and percentage are as follows:

This means the ring camping strat is no longer viable as players will not have enough time to out-heal the ring especially in the later rounds where 5 or 4 ticks is enough to down a full-health Legend.

Sounds like a good time to camp with a gold backpack Lifeline with tons of medkits? I think not. The ring now destroys the Lifeline health drone after two ticks, so you can say goodbye to out-healing your opponent.

The ring is also 9% smaller for the first one, forcing squads to meet up earlier.

The Apex Legends vast arsenal of weaponry has gone through some changes, making some weapon more useful than in the previous season while nerfing some powerful loadouts in the previous meta.

Here are some of the significant changes to the game’s weaponry.

The new hop-ups for the early game weapon has made it viable to drag the weapon into the end game. So don’t be afraid to pick up previously bad weapons.

The Mozambique, P2020, RE45 and Alternator SMG has received massive upgrades in terms of damage with the right attachments.

With the Hammerpoint hop-up, the Mozambique can be deadly with a decently-placed close-range shot, dealing almost 50-60 damage to unshielded opponents meaning it could potentially finish an enemy out.

That’s right, the Mozambique is no longer a joke, boys.

The Alternator SMG gains a buff and deals 15 damage per shot. It now shreds shields like it’s nothing with the Disruptor attachment. It is unanimously better than the R-99 SMG at breaking shields now, dealing about 35-45 damage to shields each shot. Not to mention the low recoil and manageable rate of fire.

My tip: Use the Disruptor Alternator to break shields as they do about 30-40 damage to shields each shot and switch to another weapon to finish the enemy off as the Alternator still does 15 damage to unshielded opponents.

Some weapons such as the VK-47 Flatline has also gotten reliable, dealing 19 damage per shot instead of 16, totalling to 190 DPS, one more than the R-301 (189 DPS). It’s a good close range hipfire weapon. The weapon was once considered to be trash tier according to the community, along with the Alternator SMG.

My tip: Treat the Flatline as if it was an SMG, and you’ll be wrecking against other AR users in close quarters.

The Energy weapons receive an indirect buff in the form of having increased ammo stack from 60 to 80, matching Light and Heavy ammo.

This increases the viability of running Energy weapons such as the Havoc or the Devotion as ammo isn’t as scarce as it used to be.

Running a double-shotgun loadout was viable in the previous meta as the shotgun was, and still is, powerful.

The problem now is that the shotgun ammo max stack has been reduced from 64 per stack to 16 per stack, needing multiple stacks to run the loadout, eating up precious space in your backpack for other useful items.

Season 2 also brings multiple changes to the roster. Some Legends have gotten tanky while some receive increased damages.

Take the two largest characters in the roster, Gibraltar and Caustic. The Fortified skill has received a buff in which they take 15% less damage and aren’t slowed by bullets, making them good frontliners.

To put into perspective, one full magazine of the RE-45 is able to down most legends, but not to Caustic and Gibraltar.

While harder-to-hit Legends such as Pathfinder, Wraith and Lifeline takes 5% more damage from enemy fire, with the Low Profile characteristic.

A fully connected Peacekeeper shot can instantly down these three, so be careful in close quarters.

The tracker Legend, Bloodhound, has also received some tweaks in terms of his ability. Enemies scanned now are tracked in real time instead of leaving a ghost image behind. The tracking lasts for 1.5 seconds. Scanning angle has also been improved to 110 degrees rather than 90.

Her Ultimate ability, Interceptor Pylon, is very valuable in open-area fights where cover is at a premium. It charges shields and amps the charge rate for her tactical abilities.

Here’s a major tip: Place an Interception Pylon behind cover so enemies won’t expect it shooting down your grenades, as well as prolonging the pylon’s survivability.

Use Wattsonâ€™s Ultimate to counter Bangalore or Gibraltarâ€™s ultimates. Those two usually unleash their ults before engaging. Wattson is the best possible counter. Caustic traps and Nox grenade ult also gets eaten up by Interception Pylon. However, some have reported that her ult nullifies friendly bombardments/grenades as well. Keep that in mind.

Keep a few Ultimate Accelerants into the end game as her passive gives her a full charge instantly upon using an accelerant.

Don’t Be Afraid To Try Ranked

While Ranked Mode sounds intimidating, don’t be afraid to try the mode out as you’ll stand to lose nothing when starting off in Bronze IV. Demotions are not possible in the Bronze tier.

Plus, you’ll see a more diverse and careful playstyle that you can learn from.

This trick was patched a few weeks after it was discovered.

Mirage Can Know Exactly Where Wattson Is

As a Mirage player, you can know exactly where an enemy Wattson is down to her precise distance by using your tactical ability, Psyche Out!

Flyers carry deathboxes which contain loot, as we’ve covered in this guide. Shooting them will drop these deathboxes but it seems to take up to three magazines just to kill these flying critters.

Worry not, there’s a simple way to make them drop their spoils.

The box will drop and saving you precious ammo in the process.

We’ll be updating this guide frequently as we discover more and more tips and tricks to dominate the battlefield and make your way up the ranked ladder.