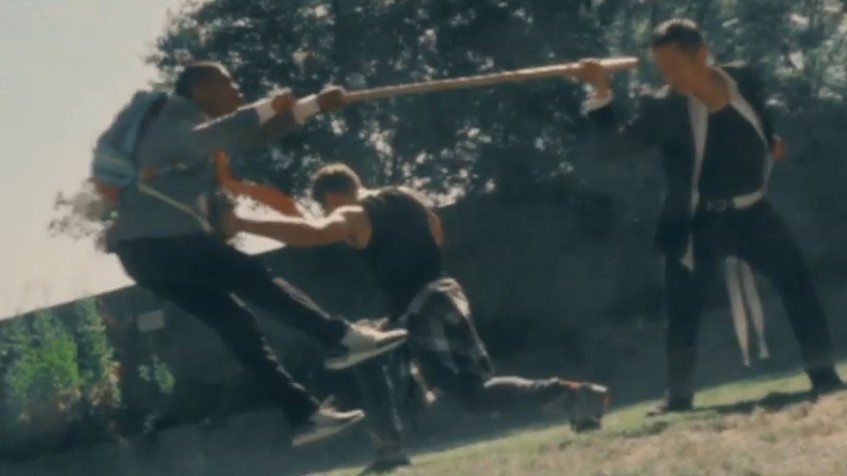 A lot of people love video games and anime, but they don’t really translate to live-action adaptations very well for the most part. Be they Japanese or Hollywood adaptations, they range from the atrocious Dragon Ball Evolution and (not-so-good)Â Fullmetal Alchemist movies to the (decent) Detective Pikachu and (excellent) Rurouni Kenshin movies.

The (arguably) most important but overlooked aspect of what makes most live-action anime adaptations so horrible is because of how cringe-worthy and awkward the battle scenes usually. Filmmakers still have no idea how to translate these epic and well-choreographed animated battles into live-action.

An experienced movie editor by the name of Christopher Clark Cowan (whose credits include 2016’s Rogue One, 2017’s Kingsman: The Golden Circle, and 2018’s Solo: A Star Wars Story) decided to show everyone how good live-action anime adaptations should look like, so he made a live-action mini-series on YouTube focusing on battles.

The mini-series is inspired by and based on the popular manga/anime My Hero Academia. However, he utilizes original characters for the videos, with unique quirks not seen in the source material.

For instance, one guy uses his bag as a warp point for instant teleporation, sort of like how Final Fantasy XV‘s Noctis uses his weapons for the same purpose.

Cowan has since posted two parts/episodes of his UA: LA mini-series on YouTube. Check them out below. Perhaps these will tide fans over until My Hero Academia Season 4 premieres on 12 October 2019.