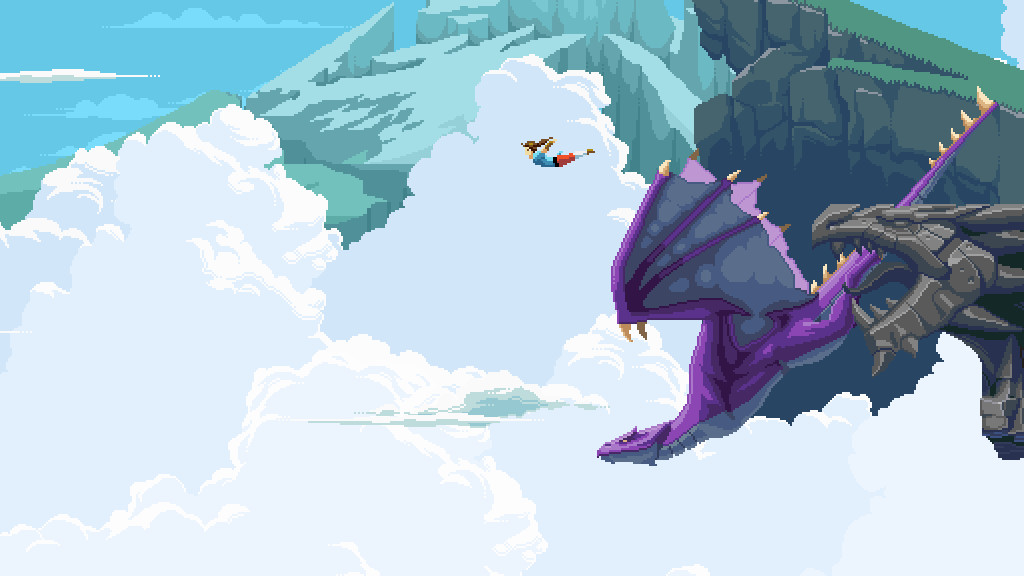 I’m not describing an upcoming AAA title like Assassin’s Creed or Watch Dogs. I’m talking about Savior, an upcoming PC game that might just be the most ambitious pixel-graphics game I’ve seen.

Developed by Starsoft, the game puts you in the role of a young woman named Sam who seeks to unite a nation divided into two warring factions. From medieval caverns to techno-underworlds, the island-nation of Arcadia seems like it’ll be an amazing place to discover and explore.

How you get from one place to another is what makes this game special. You will run, jump, and do flips to avoid enemy attacks. The parkour movement style is supported by the game’s super smooth animations so I doubt it’ll get old easily. You can even slide between a big enemy’s leg and then use them as a jumping platform!

The combat seems like something never done before in a game like this. When you engage in melee combat, you’ll have to time your dodges and parries carefully because the enemies can react the same way. You’ll have to observe and learn each enemy’s attack patterns.

Along the way, you’ll bump into people that you can talk to and the game’s dialogue options will allow you to convince them to join your cause, among other things. There will be robots in the game and you could potentially do a logical checkmate on them to fry their robo-brains. Sweet.

The game will be released on PC but there’s no release date yet. You can check out the game’s official website here.