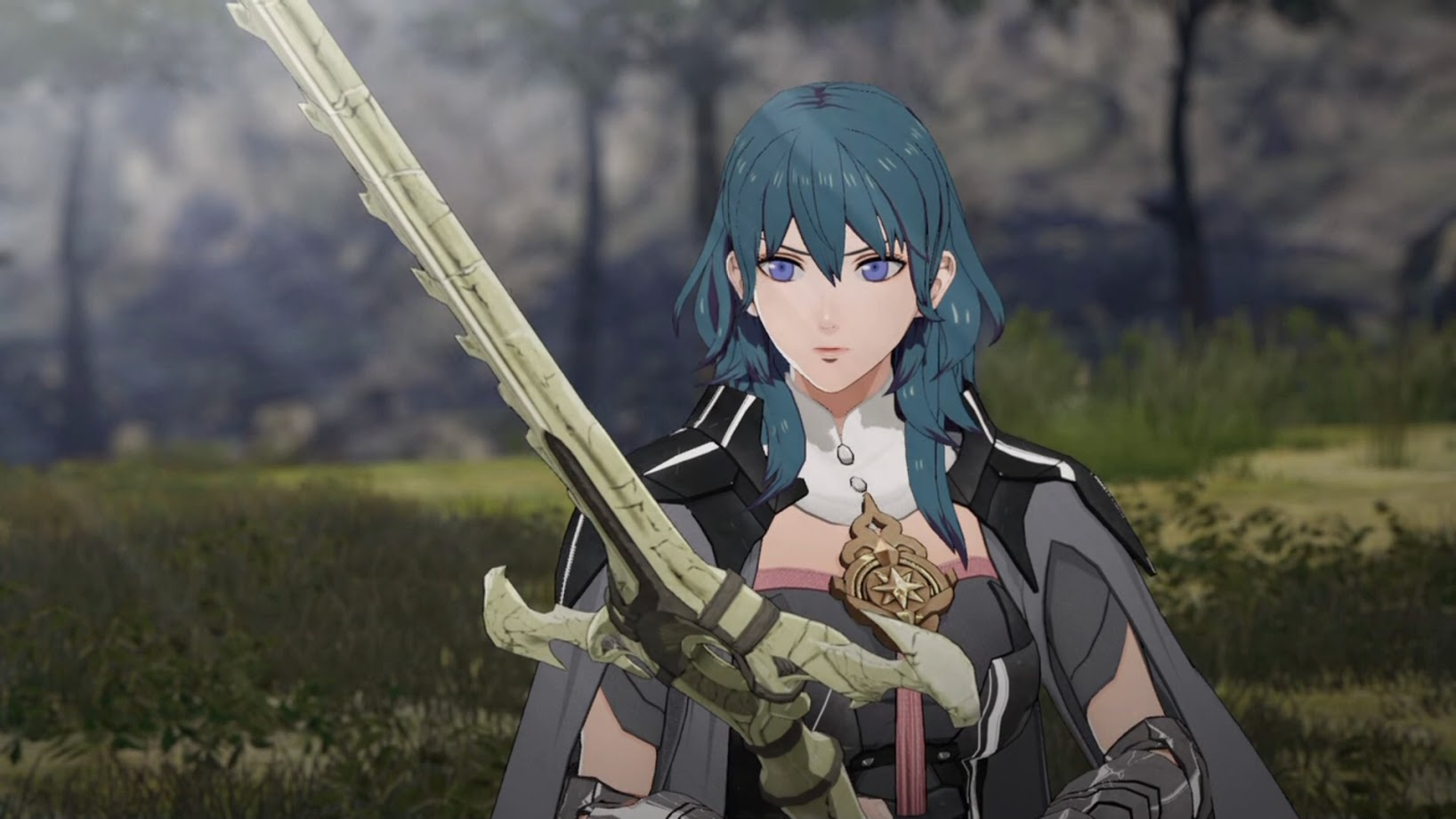 In another timeline, a game like Fire Emblem: Three Houses would have never existed. Ask any avid fan and youâ€™ll learn that, once upon a time, Nintendo wanted to axe Fire Emblem for good.

But we all know thatâ€™s not how the story goes. As the series sunk to its lowest point ever, Intelligent Systems created Fire Emblem: Awakening for the 3DS in a last-ditch effort to save the series. To everyoneâ€™s surprise, the game would launch to overwhelming success, bringing an influx of new fans into series and setting Fire Emblem on a path of resurgence.

But what do you do with a success like Awakening? The sequel, Fire Emblem Fates, adopted many of Awakeningâ€™s unique elements such as a Pair Up system, in-game marriage, and recruitable children. Though the title went on to perform well, there was always some division amongst fans on whether these elements were appropriate to the seriesâ€™ core identity.

Now Three Houses has come along for the latest Nintendo Switch platform and even signifies Fire Emblemâ€™s long-awaited return to home consoles. The series is bigger than ever, but it seems that rather than work iteratively on the features that made Awakening so successful, Intelligent Systems have once again opted to reinvent the wheel. And honestly, it slaps.

The easiest way to describe Three Housesâ€™ gameplay flow is that it handles very similarly to the modern Persona titles. But to say they are exactly the same does a disservice to the unique things that Three Houses tries to achieve within the same scope.

Letâ€™s start with the basics first. At its heart, Fire Emblem is a tactics game that thrives on its isometric, grid-based combat. None of that has changed in this game. Youâ€™ll still see characters level up and youâ€™ll still deploy them on a wide variety of maps designed to challenge your wit.

A new addition to the series are battalions, which comprise of a group of soldiers that your unit leads. These can be equipped on units to confer stat boosts, similar to accessories. More importantly, you can use battalions to attack enemies freely without facing retaliation yourself. Certain battalions also come with special effects that limit enemy movements, hit different tiles in a unique shape, heal your allies, and so on, bringing a new facet of tactical gameplay to the traditional formula.

But where Fire Emblem games are typically a gauntlet of maps with some story and dialogue peppered in between, Three Houses shakes things up big time by introducing a hub area to spend the vast amount of your time in.

You are a professor at Garreg Mach Monastery, an interesting place that doubles as both a religious church and military school. Set directly in the middle of three great nations, the academy serves as a diplomatic ground for the corresponding three houses of students: The Black Eagles, The Blue Lions, and the Golden Deer.

Besides getting these students ready for ruling their own respective nations, you will also lead them in battle, send them on assignments, and even get to know them better. Yet these activities can only be done a limited amount of times.

Youâ€™ll strictly have to adhere to a calendar system throughout the school term. On most days, youâ€™ll be instructing students throughout the week, where youâ€™ll make decisions on the skills you want your students to improve in. On the weekend, youâ€™re eating lunch together, learning about their antics, or assigning them some extra-curricular training. And at the end of each month awaits a big battle that will apply all that youâ€™ve taught your students.

Given the limited capacity of what you can do in any given day, the game drives a certain feeling of commitment thatâ€™s hard to come by in a lot of modern games. More importantly, it feels right at home in Fire Emblem, where beloved characters could die permanently at even the slightest mistake on the battlefield.

Every choice in the monastery counts, whether you’re working on recruiting new students, or on new skills you want them to learn before the next battle. The calendar system naturally synergizes with the seriesâ€™ value of making choices under pressure.

Rather than just being worried about your choices on battlefield, you’ll also have to worry about what you do outside of combat as well. Itâ€™s an interesting and welcome evolution to the seriesâ€™ core gameplay.

The sheer amount of in-game social elements added to the game can feel a bit alienating to veterans of the series, but fret not. Despite the massive content at its disposal, Three Houses wonâ€™t force you through the monastery segments if you donâ€™t have the heart for it.

At the beginning of every week is an option to simply automate every conceivable choice until the end of the month. You donâ€™t lose out on any crucial story elements here, as the monastery segments will largely focus on characters and world-building.

You will miss out on the intricacies of customizing your units, but rest assured that the game still prioritizes units’ growths based on their specialties. Itâ€™s a well thought-out inclusion perfectly suited for those who prefer the map-to-map experience that classic Fire Emblem games were known for.

Yet, the monastery segments really are half the fun in this game. A point of endearment with the franchise has always been its vast cast of unique characters, and this is firmly expanded upon within school grounds.

Taking a leaf out of the Trails series, characters and NPCs will constantly have interesting things to say, their dialogue changing and evolving each time the story progresses. Sometimes theyâ€™ll comment on current events, or simply regale a funny tale that shares bigger insight into their personality.

Itâ€™s easily the largest undertaking that Fire Emblem has taken in terms of writing, yet also a cut above many modern games that have been in this line of work for much longer. Donâ€™t expect dialogue to exist solely to impose side quests on you: Three Houses has none of that. Any existing side quests youâ€™ll find are merely adjacent to the creative freedom on display in these heartfelt conversations.

And the best part? Everything is fully-voice acted, with the team pulling out all the stops in assembling a talented voice cast for both English and Japanese.

Itâ€™s an achievement on Intelligent Systemsâ€™ part that the monastery activities mesh so well with the classic Fire Emblem gameplay. It doesnâ€™t take long for the game to acclimate you into preparing for upcoming battles and then seeing the fruits of labor as you decimate the enemy.

Surrounding this gameplay cycle is the main story wrapped in an engrossing mystery. Unlike most Fire Emblem stories where the motivation behind world events are a little more on the nose, Three Houses introduce morsels of intrigue that left me eager for more.

Expect plenty of plot twists and broken friendships. In a series thatâ€™s been known to focus around war, Three Houses successfully captures the anxieties in these youths as they grow up and are faced with the political ramifications of having to lead their nation. But also in line with Fire Emblem, you may want to look out for bigger things at play in the shadows.

How the story unfolds and ends will differ depending on which house you choose to lead at the very beginning of the game. The characters you run with will also be wholly different, hosting their own unique stats and abilities for you to play around with. And since just one path may take up to 60 hours to complete, you wonâ€™t be short of replayability and have every opportunity to craft a journey thatâ€™s uniquely yours.

Even an excellent game like Three Houses isnâ€™t without its flaws. For one, the game isnâ€™t visually stunning and in fact, faces a lot of terrible aliasing. Youâ€™ll see frame rate hiccups occasionally (which may annoy but is otherwise serviceable for a turn-based game), low-quality textures, and small draw distances on character models. Perhaps the biggest saving grace in this respect is the gameâ€™s solid art style.

Another hit to the game is its underwhelming difficulty. Despite providing a wealth of customizability and options in battle, the game remains lenient on big mistakes and never quite pushes you out of your comfort zone, even on Hard difficulty.

Despite all this, Fire Emblem: Three Houses manages to instil plenty of lovely features that make the experience worthwhile. Itâ€™s one of the most robust strategy JRPGs Iâ€™ve played in a long time, with mechanics and limited resources that encourage you to strategize to the fullest. It has a sweeping orchestral soundtrack that dynamically shifts as you go in and out of combat, leading to some engrossing battles. Plus, the narrative and characters are some of the strongest showings the series has seen to date.

With how bold and different Three Houses is compared to its predecessors, itâ€™s hard to see where Fire Emblem will go from here. Will Intelligent Systems craft a new game that revamps our expectations of the series yet again? Or will they stick to their tried and true formula and let us enjoy Fire Emblem in Hogwarts-like environments for the foreseeable future?

If one thing is for certain, itâ€™s that Fire Emblem: Three Houses is a good game. An incredible one, in fact, that quite simply peaks as far as JRPG lineups go on the Nintendo Switch.

Although Fire Emblem: Awakening was the viral success that saved Fire Emblem, Intelligent Systems are here to prove that nothing about that was ever a fluke.

The Garden Of Evening Mists Is A Powerful Malaysian Period Piece