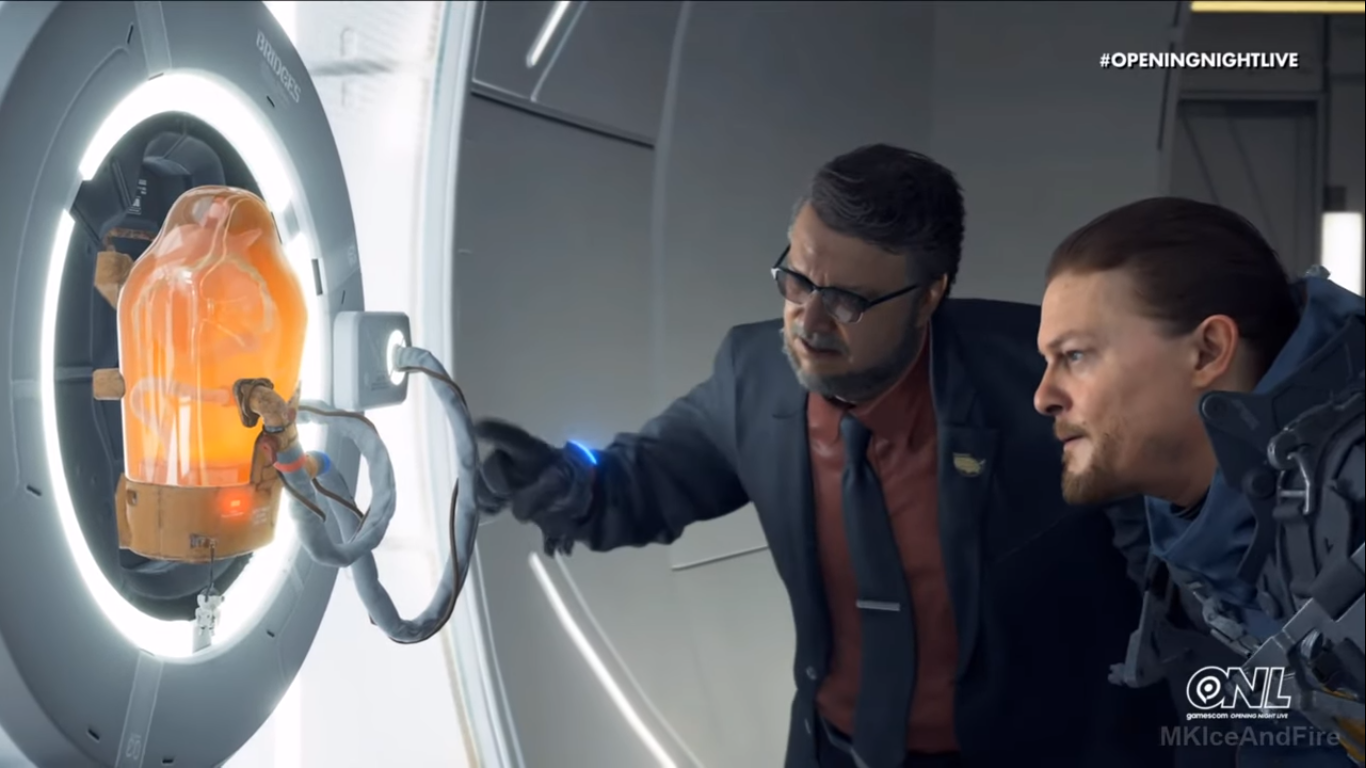 Hideo Kojima finally gave us several minutes of uncut Death Stranding gameplay at the end of the Gamescom 2019 Opening Night Live press conference, and we’re still no closer to really understanding what the highly-anticipated game is about.

What we saw was Norman Reedus’ protagonist Sam seemingly given the ability to urinate and mushrooms will somehow grow almost instantaneously on the ground where he pisses. These mushrooms will serve an as-of-yet unexplainable role in gameplay, perhaps even as consumable items (I know what it sounds like).

If that doesn’t sound ridiculous enough, the baby that Sam carries will cry when he takes damage. This can be seen in the gameplay footage when he falls off the edge of a cliff, resulting in the baby bawling its eyes out. Players will need to rock the baby gently using the Dualshock 4’s motion controls to calm it down.

The stations throughout the open world in Death Stranding that has Sam travels to and delivers packages are inhabited by “preppers”. One of these preppers has been revealed to be none other than Geoff Keighley himself, in a meta-reference to The Game Awards creator.

Right now Death Stranding is just as confusing as ever, and I honestly don’t know what to think of this unholy mix of weird gameplay mechanics. Witness the unexplainable chain of events that Kojima calls “gameplay” in the video below. However, he did promise to show more at Tokyo Game Show 2019 next month, so maybe I’ll reserve my judgments until then.

Besides that, two new characters were showcased and featured in two new trailers, Margaret Qualley’s Mama and Guillermo Del Toro’s Deadman. Mama’s trailer explained her bizarre condition, as she remains connected to her baby who resides on the “other side” through an invisible (figurative?) umbilical cord.

Interestingly, Margaret Qualley also recently starred in Tarantino’s Once Upon A Time In Hollywood, which is where I now recognised her from.

Meanwhile, Deadman’s trailer features the supporting character explaining to Sam (and the player) about how the baby that Sam carries, or Bridge Baby (BB), is how he senses those black spirit things featured in past trailers, called BTs.

Death StrandingÂ is slated to release exclusively for the PS4 on 8 November 2019. For more details and information on Death Stranding (and the collectorâ€™s edition contents),Â head on over here.

PES Has Been Rebranded, And Is Now Free-to-Play

Is The Fable Series Making A Comeback?