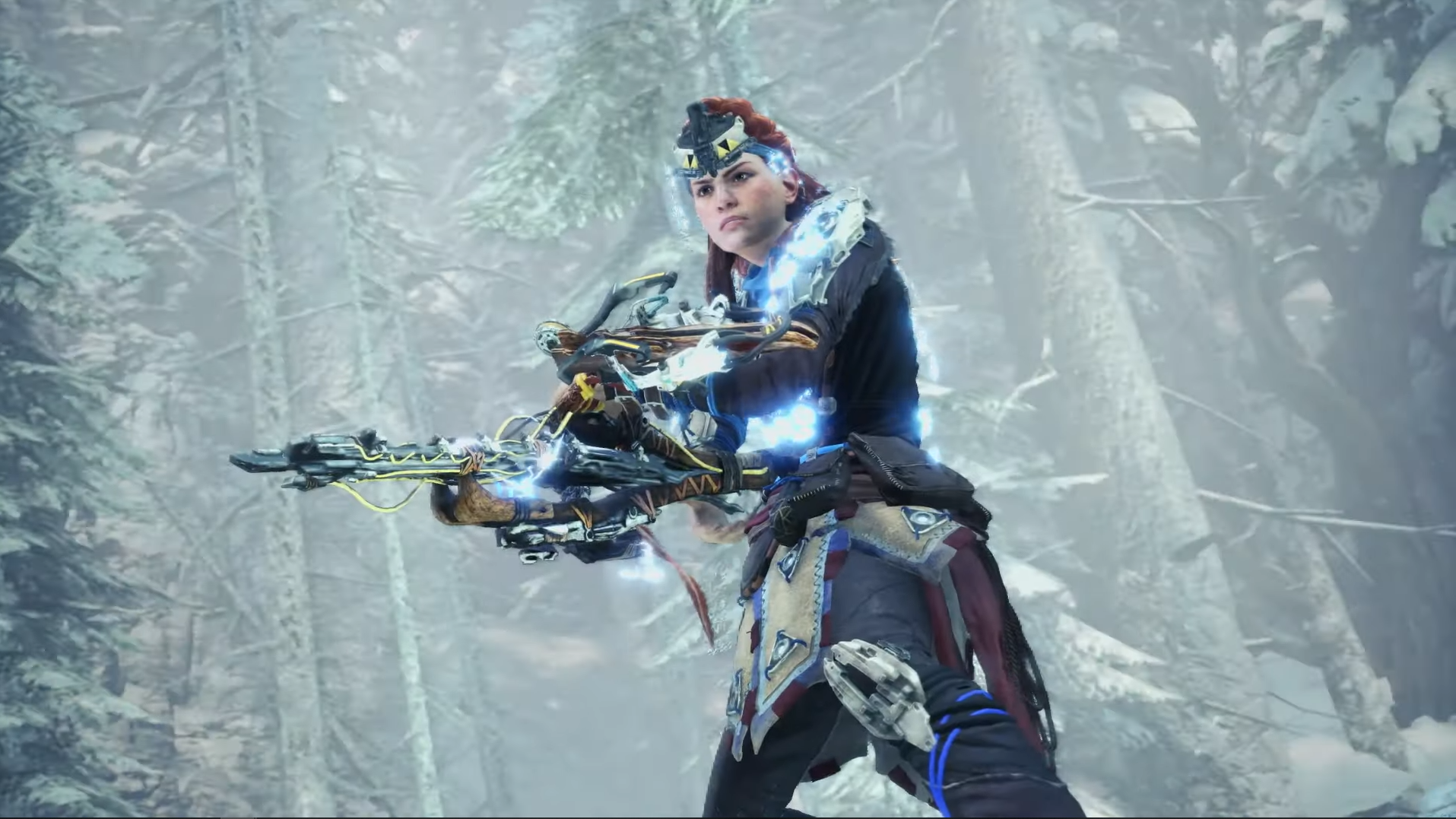 Monster Hunter World: Iceborne is set to be the game’s final but also biggest DLC expansion. It will feature a whole new snow-filled map and a host of new monsters to hunt and capture. Seeing as how Horizon Zero Dawn also got itself a winter-themed expansion in the past, it only makes sense that the two games would collaborate again.

That’s right, this isn’t the first time Aloy finds herself in the beautiful and dangerous locales of Monster Hunter World. One of the first few crossover events that Monster Hunter World had was also with Horizon Zero Dawn. It gave players the chance to acquire armor sets for both the player character and their Palico.

This time, Aloy returns with thicker armor fit for the freezing temperatures of the expansion’s new map Hoarfrost Reach. It seems that she’ll also be bringing a unique light bowgun that’s based on the design of her weapons in Horizon Zero Dawn: The Frozen Wilds.

There’s no details yet when this PS4-exclusive content will drop but based on what we’ve seen in the past, it’s probably going to be a free update that comes out a week or two after Iceborne is released.

Monster Hunter World: Iceborne will be released on 6 September 2019 for the PS4 and Xbox One while the PC version comes out later in January 2020.