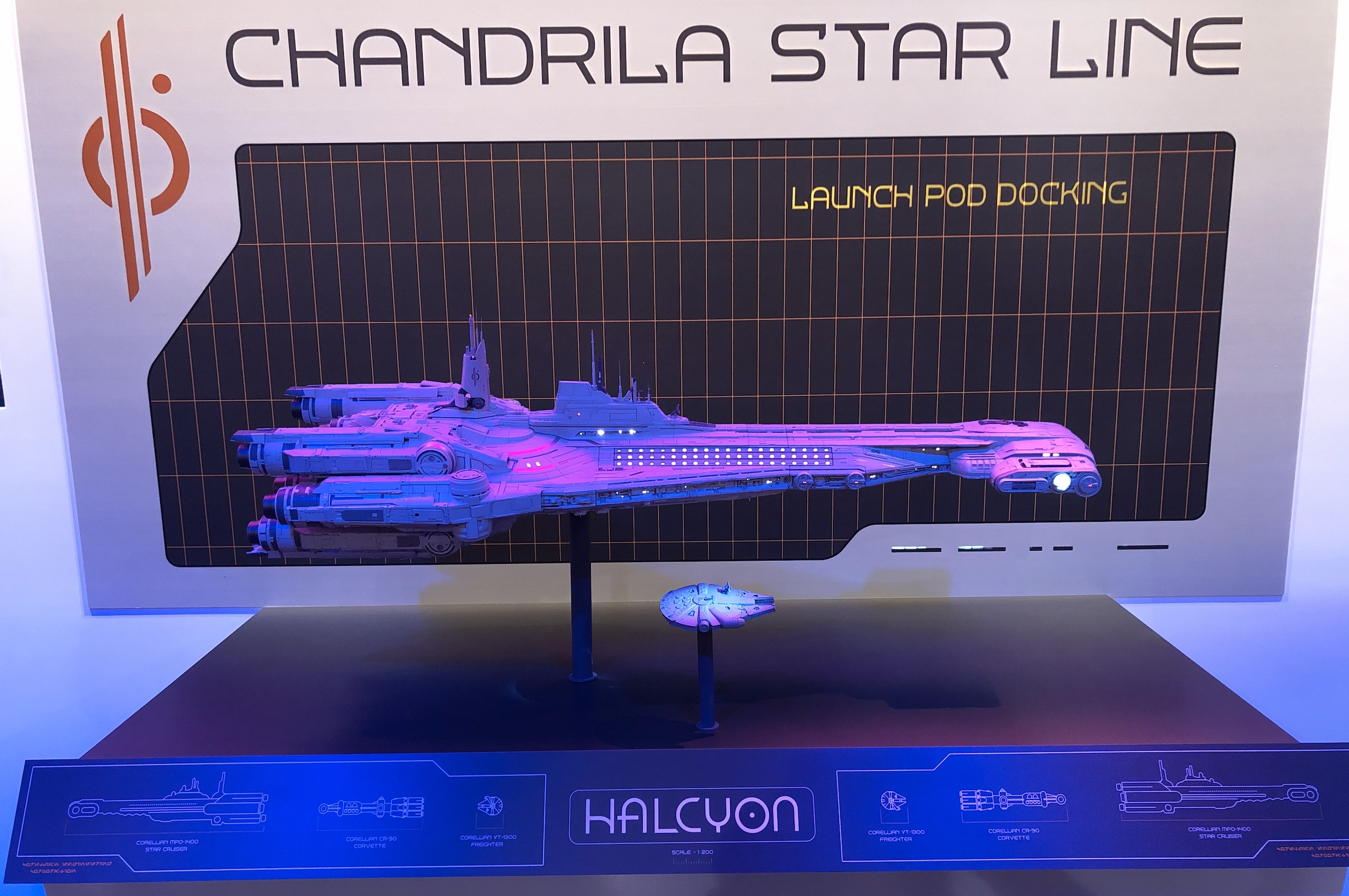 A lot of you Star Wars fans are aware of Star Wars Galaxy’s Edge, the new Star Wars-themed area at Disneyland in Anaheim, California. Unsurprisingly, the Walt Disney World park in Orlando, Florida, is getting its own space-immersive hotel too and it’s called Star Wars: Galactic Starcruiser.

Announced during a D23 2019 press preview event, the starcruiser is actually called the Halcyon in Star Wars lore and it’s owned by a company called Chandrila Star Line. If Chandrila sounds familiar to you, it’s because that’s where Chancellor of the New Republic Mon Mothma is from. Here’s how the starcruiser looks like (via io9):

..and here’s how it looks like in the inside if there were Star Wars cosplayers guests in the hotel interiors:

We’ll be getting more details on the hotel’s opening date, costs, and more later on this week. For now, just salivate at the fact that you can dress up as Wookies or Storm Troopers to just relax in one of DisneyWorld’s lavishly-expensive theme hotels.