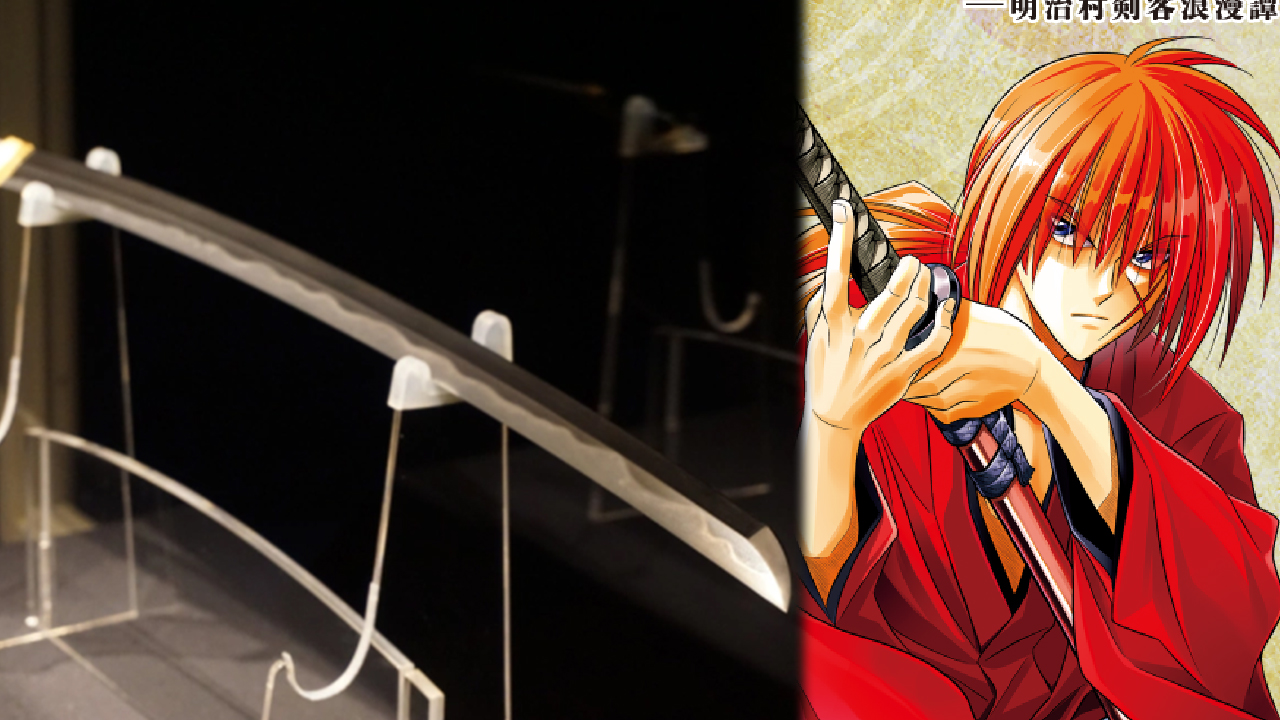 If binging the 90s anime feudal classic Rurouni Kenshin on Netflix isn’t enough for you, then maybe going to Japan and checking out Kenshin Himura’s sakabato recreated in real life may sate your sword-based shonen bloodlust.

The most iconic sword in the series, which is basically a reverse-blade katana that doesn’t kill, is carried around by Kenshin himself so that he can fight just as effectively but without taking a life since the cutting edge is on the inside of the curve. Now you get to see it in real life at the Meijimura complex in Inuyama, Aichi Prefecture.

According to Soranews 24, you can visit the Meijimura museum that hosts a special Rurouni Kenshin exhibition from now until 15th December. And of course, see the sakabato in all its glory.

So who made the sword? A swordsmith named Kanekuni Ogawa; he won multiple special awards from the Society for Preservation of Japanese Art Swords for his craftsmanship. And even for a master swordsmith, making the sakabato was not easy. Since the sword in the manga/anime fluctuates depending on the scene, he only had to work with visual impressions of the sword’s weight, sharpness, and speed. Here’s what he came up with:

In case you’re wondering what it says, it reads:

Slashing myself, I have trained countless blades. My son reviles, but for my grandson, I bleed.

The museum opening hours vary daily; check out the times and address here.Â

You Will Geek Out On These Two New Hot Toys Sets