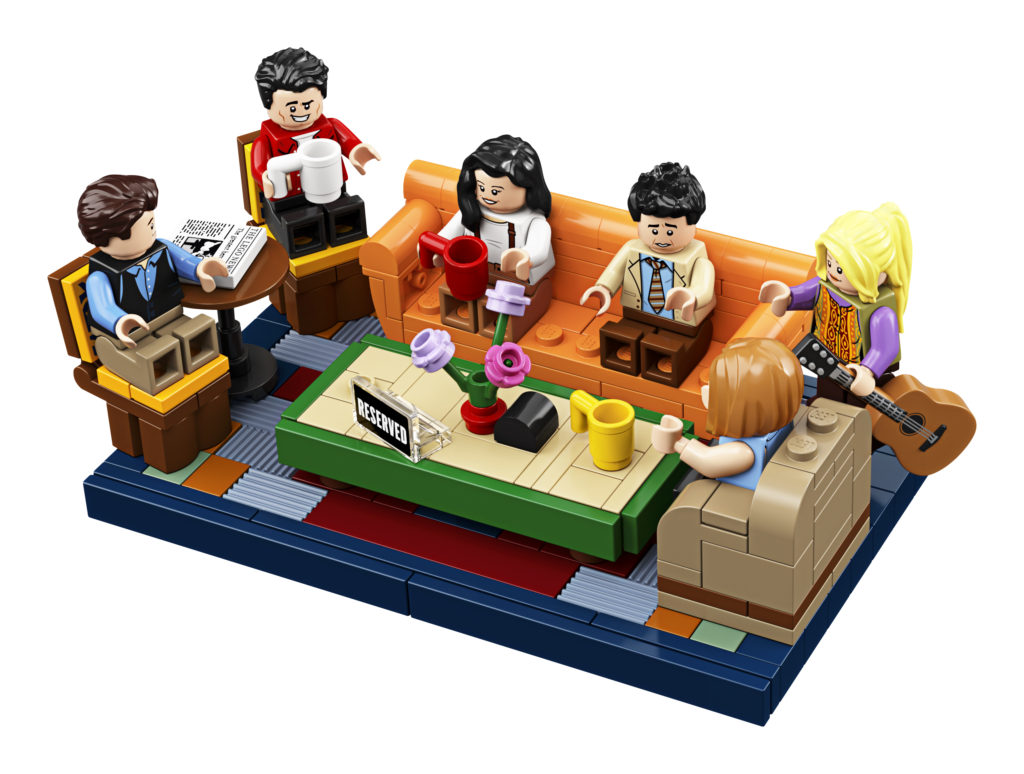 LEGO’s immortalization of Friends for the 90s comedy show 25th anniversary will be out in full force this 1st September. Maybe.

True enough, the show’s iconic Central Perk coffee house (at 21319) and the main stars (Ross, Rachel, Phoebe, Monica, Joey, Chandler) will be turned into a LEGO playset. The set includes the table, the stage where Phoebe performs (to the chagrin of most), spotlights since this is a TV show being aired back in the day, and the counter where side character Gunther works at.

Yes, they included Gunther in addition to the main cast; that’s pretty rad.

How much is the price of owning this piece of the 90s? Why it’ll cost you US$59.99, though the Malaysian/Singaporean local price may vary. You may want to keep watch at LEGO.com if you’re keen on this.

In the meantime, you can admire at how well they capture each character’s personality in LEGO form from Ross’ demeanour to Joey’s happy-go-lucky smirk.

Hell, they even have a LEGO poster of Joey’s Ichiban blue lipstick ad. That pretty much sealed the deal for me!

Due To Popular Demand, The Stanley Parable: Ultra Deluxe Is Delayed To 2020