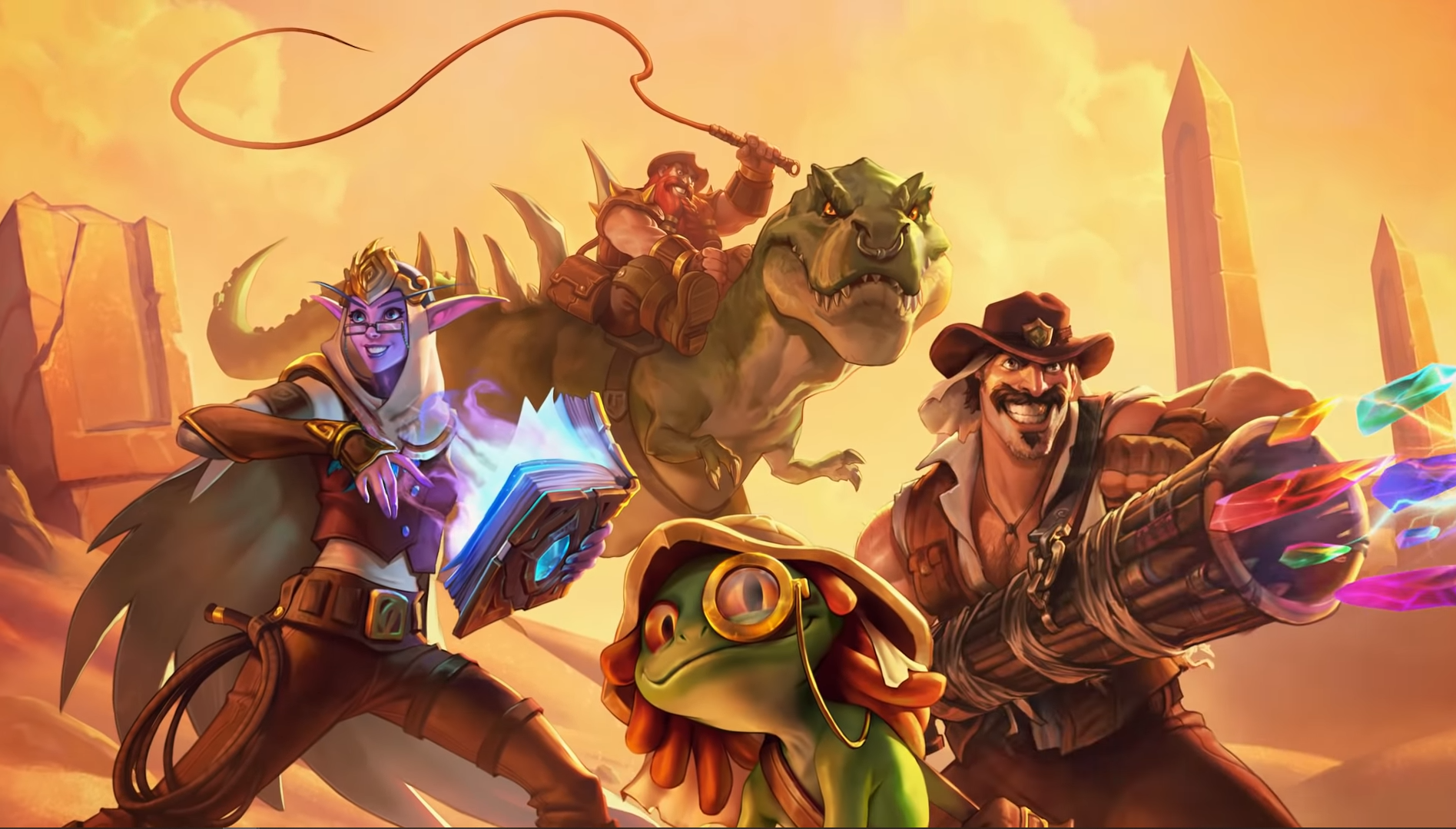 Blizzard has just announced a new solo Adventure called Tombs of Terror for their popular digital card game Hearthstone. In the latest Hearthside Chat video, Hearthstone game designer Ryan Collins takes some time to talk about what players can expect in Tombs of Terror.

Story-wise, Tombs of Terror focuses on the quest to defeat Plague Lords who, thanks to the League of E.V.I.L., have unleashed a variety of horrible plagues into Uldum. Work together with the League of Explorers and explore the structures and locales of Uldum.

You’ll need to defeat four Plague Lords who each have tons of health and will most probably take you multiple attempts to beat. The Plague Lords’ health don’t replenish after a fight so you can whittle them down bit by bit.

A dual-class hero system will be introduced in Tombs of Terror for each member of the League of Explorers. For example, Reno Jackson maintains his skills as a Rogue while also being able to cast spells as a Mage thanks to him finding a gatling wand.

Defeating a Plague Lord will get you three Saviors of Uldum card packs and those who beat all four of them will get a golden Classic pack. After that, there’s also a final battle that ends in a… mysterious surprise. You’ll have to play to find out.

Ni no Kuni: Crossworlds Breaks Past US$100 In Player Spending Faster Than Pokemon GO Did