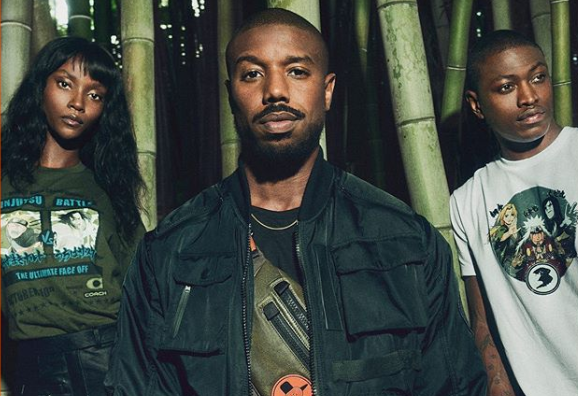 The concept of anime is glad to have a champion like Michael B. Jordan. In fact, his love for anime runs so deep, he’s teaming up with fashion company Coach to make apparel and clothing based on one of Shonen Jump’s iconic series.

No, the other one.

Designed by Michael B. Jordan and inspired by that anime/manga series, the Coach x MBJ collection features “graphic t-shirts, functional outerwear, and leather accessories embellished with symbols from the manga series”. Here’s a quote from the man who played the son of Creed and Johnny Storm:

“It was important to design pieces that represent my cultural influences and community. I wanted to create pieces that I could see my friends, family and fans wearing with pride.”

So if you feel like throwing your hard-earned money for shirts that cost US$95 and a denim jacket for US$795, just head on over here since they’re on sale right now. I do wonder if people will ever complain about companies like Cospa charging high for anime apparel after seeing these.

Are We Getting A New Virtua Fighter?

Is The World Ready For Death Stranding? Because It's Gone Gold