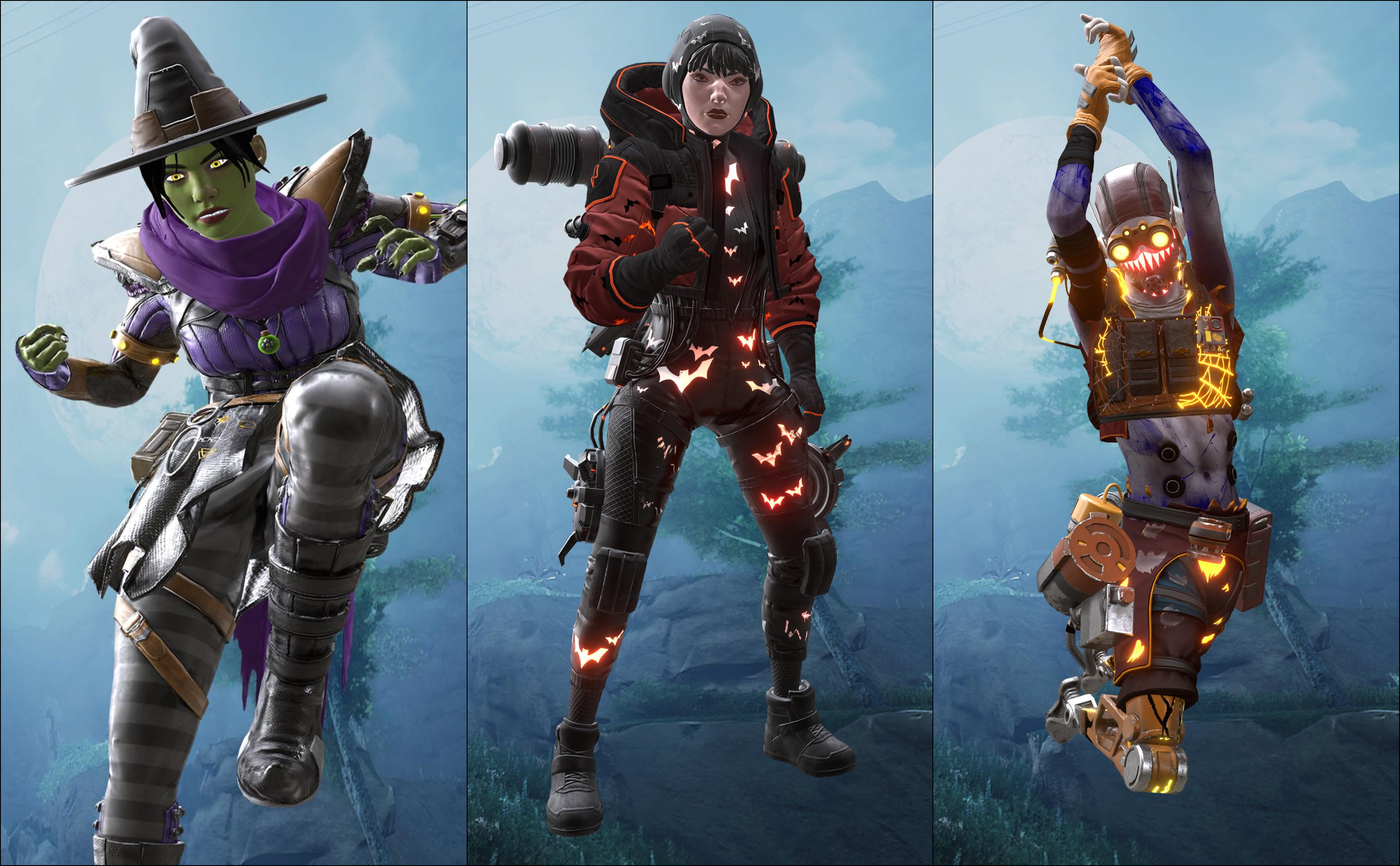 Popular Apex Legends data miner, That1MiningGuy, has done it again! This time, he’s sharing with everyone a look at some of the skins coming out in the upcoming Apex Legends Halloween event called Fight or Fright.

Do keep in mind that these don’t show the textures in full detail and there still might be some final changes before the event launches. Still, the kind of aesthetics that Respawn is going for for each character is pretty clear. All of the images below are from That1MiningGuy’s Twitter page.

First off, let’s start with my personal favourite out of all the leaks: Bloodhound’s skin. It’s a simple idea of turning his helmet into a jack-o’-lantern but coupled with his tattered clothing and that crooked witch hat, they really succeeded in giving him a Scarecrow-esque look which I really dig.

Another noteworthy one would be Caustic’s killer clown skin which is more than appropriate seeing as how we’re in the season of IT and Joker. Now that I think about it, Caustic’s small gas canister that he sticks on his chest could thought of as something similar to Joker’s laugh gas now that he’s in this get-up. It’s the perfect cosplay.

Other leaks showcase skins for characters such as Mirage, Bangalore, Lifeline, Wraith, Wattson, Octane, and even the new guy, Crypto. Check them out:

Very recently, Pathfinder voice actor Chris Edgerly confirmed that a Halloween is coming soon and that he’s done new voice lines for the event. Prior to that, fans already came across an image of a Frankeinstein-themed skin for Gibraltar. It’s safe to say that we’re about to see World’s Edge get a lot spookier very very soon.