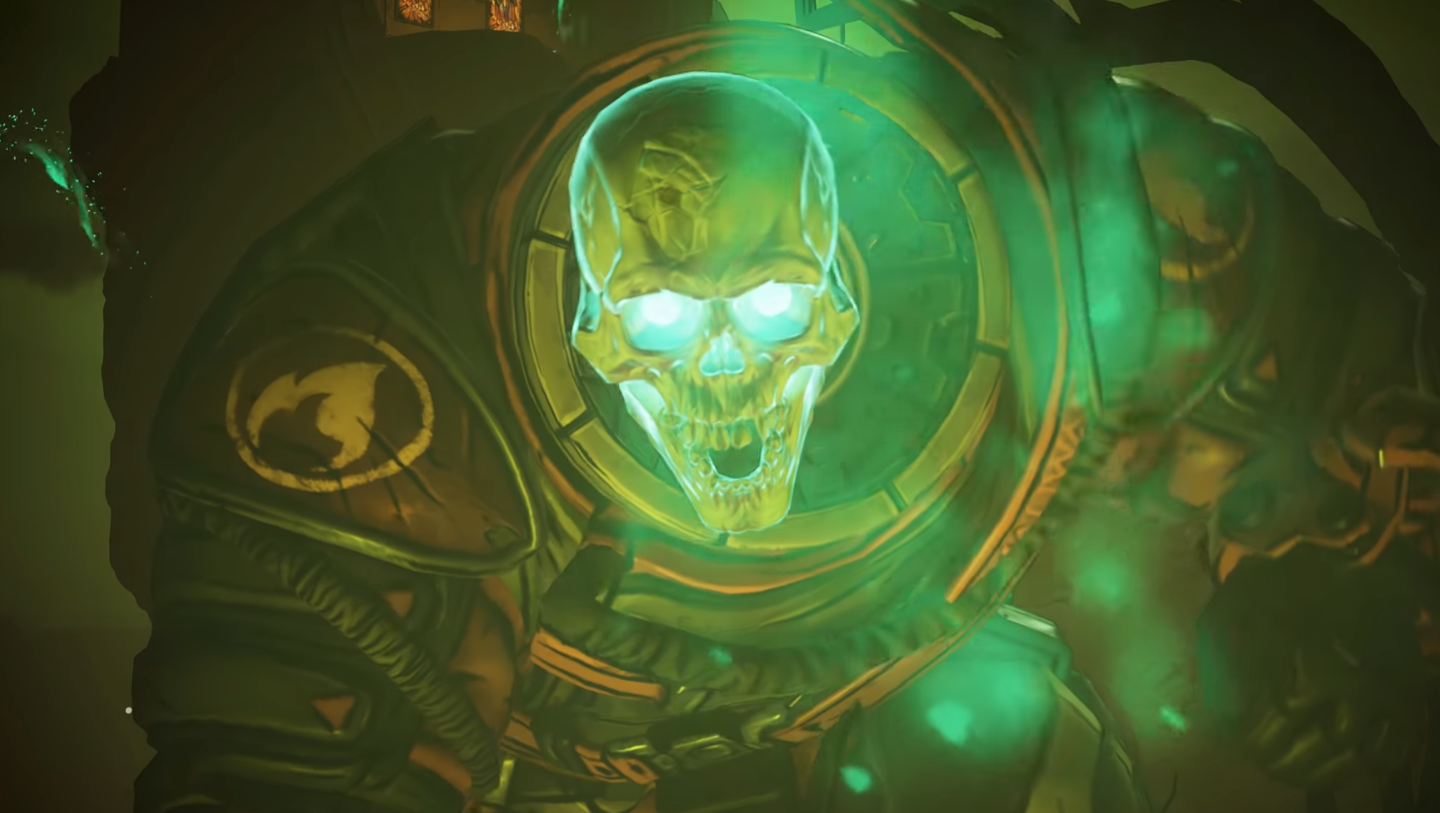 The Bloody Harvest event is making its Borderlands 3 debut, and it’s looking spooktacular.

To access this, all you need to do is talk to some large chatty lizard named Maurice aboard Sanctuary III (you HAVE played enough of BL3 to unlock Sanctuary III, correct?). This scaley fellow will be the guide to all of the game’s seasonal content.

Bloody Harvest will take place on a planet called Heck. Here, you’ll be completing a main quest involving lots of undead Maliwan soldiers, fire-breathing Rakk-o-Lanterns, and a boss called Captain Haunt who is clearly one of the Traunt brothers seeking revenge for being farmed multiple times by BL3 vets.

New mechanics include the terror debuff that messes with your vision and your aim if you’re afflicted. However, certain anointed weapons can use terror to your benefit.

New loot include a legendary shotgun called the Fearmonger, and a ton of seasonal cosmetics for each of the four Vault Hunters if you complete Bloody Harvest set challenges.

The free content drop will be active from 24th October until 5th December, which means we have plenty of time to get the exclusive Legendaries you need, especially for those who happen to be travelling to ESGS 2019 during this week for work.