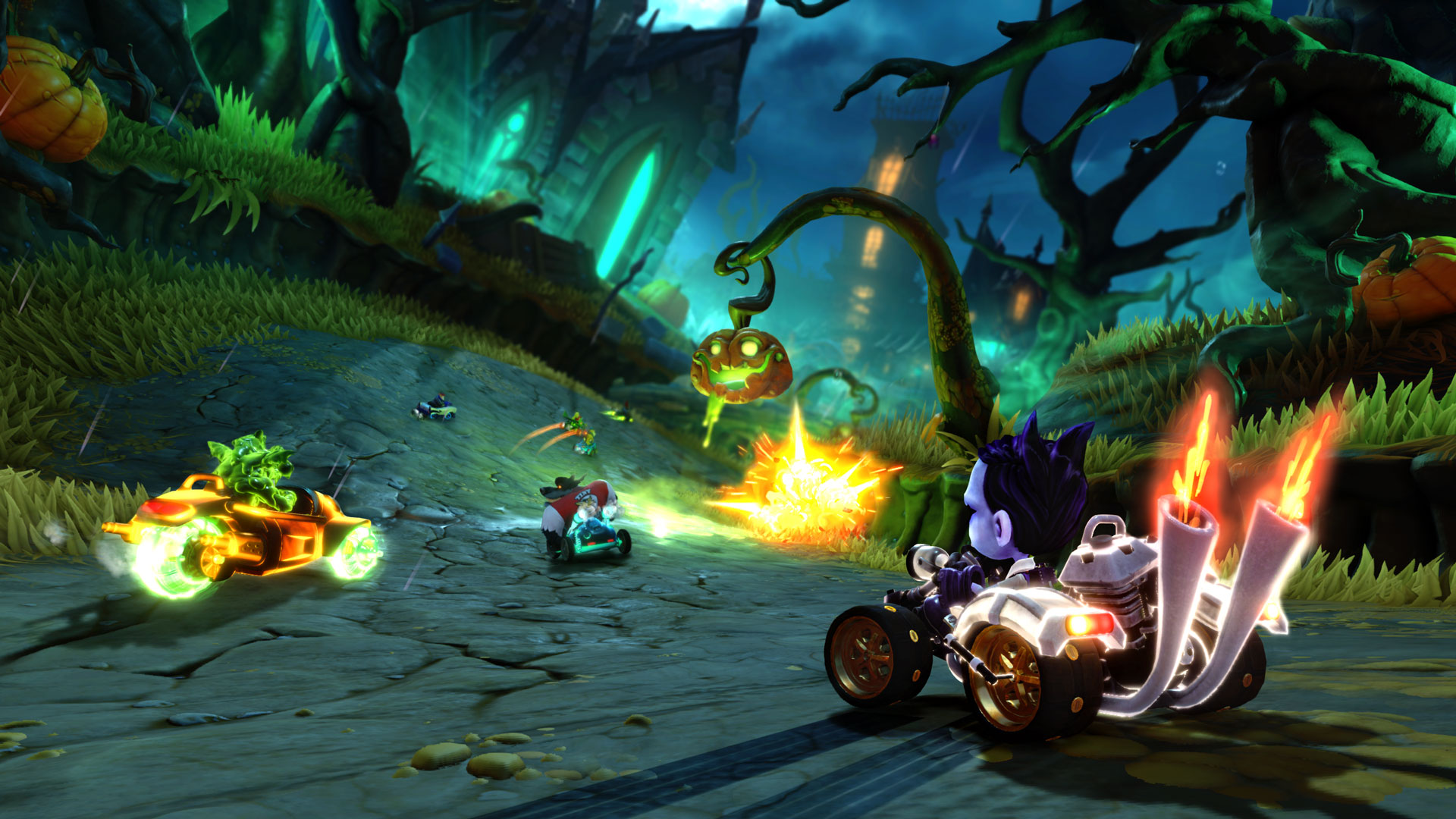 Crash Team Racing Nitro-Fueled will be receiving a special Spooky Grand Prix just in time for the Halloween season. It comes with new characters, new items to unlock, and even a new challenge type, as well as several gameplay updates and improvements.

In the Spooky Grand Prix, players can take part in Ghost Hunt challenge, where breaking certain crates will release a mischievous ghost trapped inside. It is then up to players to catch up to the ghost to capture it and complete the Spooky Grand Prix challenges. Don’t worry, these ghosts won’t interfere in the race.

New characters include the likes of Nina Cortex (Nitro Gauge), Dr. N. Brio (Pit Stop), and Komodo Moe (Pit Stop). What’s interesting is that the new track is called Ninaâ€™s Nightmare, where players will race through misty marshes, eerie gardens, and twisted hallways of a haunted manor, all inside the mind of Nina Cortex herself.

Jujutsu Kaisen Teams Up With Hello Kitty This October...