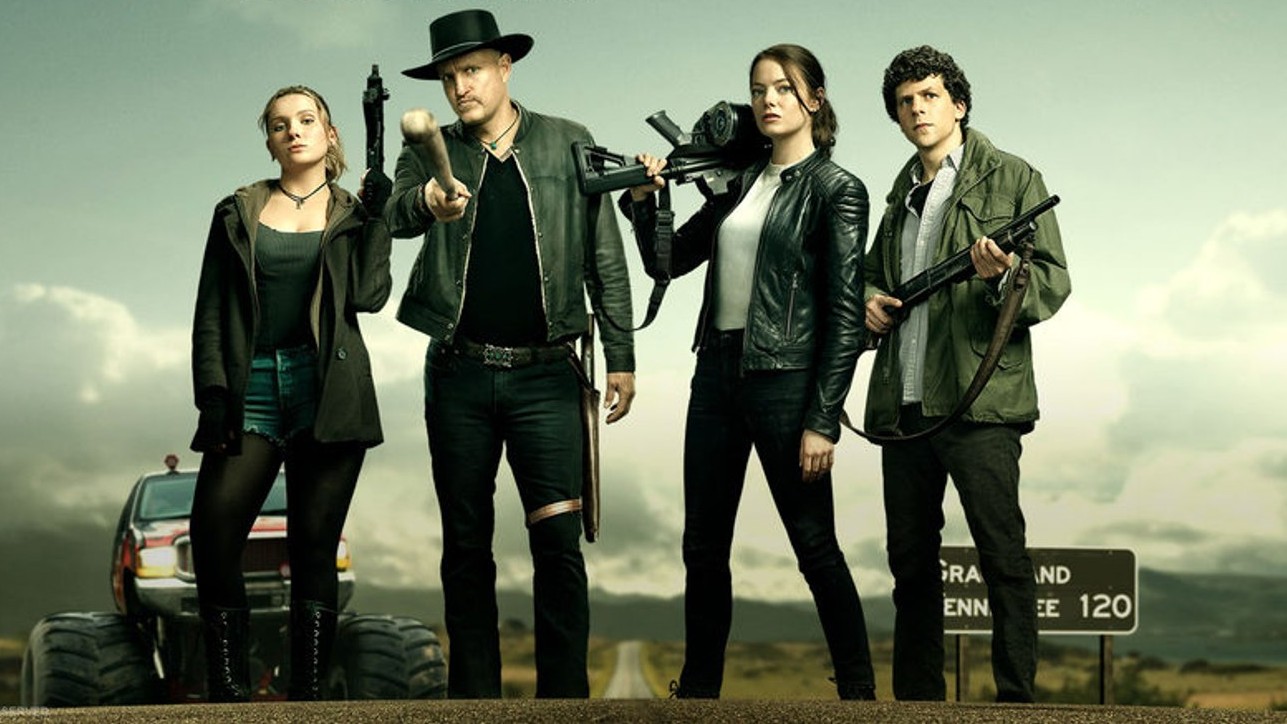 Romero introduced the concept of zombies into popular culture in 1968 and we still can’t get enough of the brain-eating undead more than 50 years later. However, five decades of material means that we have bashed the proverbial zombie head to death (pardon the pun) and everything felt derivative until 2004’s Shaun Of the Dead arrived.

2009’s Zombieland continued that same trend of a refreshing meta and tongue-in-cheek take on the tired zombie genre by being sort of an American version of the iconic British film with its own unique quirks. Ten years later, a sequel surprisingly arrives in the form of Zombieland: Double Tap.

The biggest question here is whether a sequel to that beloved movie is ultimately justified. Edgar Wright and Simon Pegg never did make one for theirs, so why should Ruben Fleischer and his foursome of Columbus (Jesse Eisenberg), Tallahassee (Woody Harrelson), Wichita (Emma Stone) and Little Rock (Abigail Breslin) return for another movie?

The ‘Deadpool‘ Of Zombie Movies

While the 2009 movie was already meta by poking fun at itself and other tropes of the zombie genre for the past five decades, Zombieland: Double Tap manages to do more of the same thing and still feel fresh.

While some might deride this movie as formulaic or derivative,Â the distinct lack of great meta-horror comedies in the past decade or so means that the franchise has yet to become stale, as it is looking to reclaim its crown.

Let’s not kid ourselves. The Zombieland franchise was never meant to be a gritty or dramatic perspective of what it means to survive in a post-apocalyptic zombie-infested world. We already have the Romero movies and Naughty Dog’s The Last Of Us for that. What we wanted is more of the same humour, and this movie doesn’t disappoint in that regard.

The sequel picks up exactly 10 years after the events of the first movie, with the group more confident in their post-apocalyptic survival skills. The first movie had them still struggling to survive while in the process of getting to know each other. The second movie gets to skip all that, getting straight to the action and meat of the movie.

Zombieland: Double Tap is best when it pokes fun at zombie tropes and is unafraid to make fun of itself, with a smattering of pop culture references.

In one of the earlier scenes in the movie, Columbus can be seen reading an actualÂ Walking Dead comic (the camera zooms and lingers on the cover so it’s impossible to miss).

He snarkily comments about how scary the comic is while also mocking it for being “unrealistic”.

Another scene sees Columbus and his ‘mirror clone’ Flagstaff (Thomas Middleditch) comparing the former’s ‘rules’ and the latter’s ‘commandments’, riffing on how uncannily similar they are (this isn’t a spoiler since Middleditch’s Flagstaff already appeared in the trailer). These are only two of the many moments that make Zombieland: Double Tap one of the best comedies I’ve seen in recent memory.

You’re Not Here For A Good Plot

Without spoiling too much, the movie begins with the group finding refuge in the White House, a ripe setting for a lot of presidential jokes. The plot begins when Wichita and Little Rock (Abigail Breslin) ghosts Columbus (Jesse Eisenberg) and Tallahassee (Woody Harrelson) by leaving them behind with nothing but a goodbye note.

It turns out that both of the girls were starting to feel too shackled by the men after spending so long together. Little Rock (who is now a young adult) feels shackled by Tallahassee’s overbearing father act while Wichita feels pressured by the level of commitment expected by Columbus after years of being together.

Zombieland: Double Tap is relatively light plot-wise, even when compared to its predecessor.

The premise this time around is essentially an excuse for the characters to go on another journey and get themselves in more funny situations.

Well, no one watches Zombieland (or any zombie movie for that matter) for its plot, so it’d be foolish to expect anything more.

Newcomers Madison (Zoey Deutch), Berkeley (Avan Jogia), Nevada (Rosario Dawson), Albuquerque (Luke Wilson), and Flagstaff (Thomas Middleditch) all play their parts well, but I would’ve liked Dawson’s badass Nevada to have been given a more prominent role instead of Deutch’s bumbling blonde Madison (who received the most screentime of all the supporting characters).

Still Worth A Ride A Decade Later

I was initially afraid that Sony Pictures was trying to cash in on an uninspired sequel, but I’m glad to say that Zombieland: Double Tap feels just as good and quirky as its predecessor. Not a lot has changed in the franchise even after ten years, and that’s a good thing. There’s nothing else like Zombieland: Double Tap out there, and that alone is justification enough for this sequel to release in 2019.

For those planning to watch Zombieland: Double Tap, don’t leave just yet when the credits begin to roll.

Expect a certain veteran actor to pop up for a cameo in both of the movie’s mid-credits and post-credits stingers, which will definitely bring a smile to the faces of anyone who watched and liked the first movie.