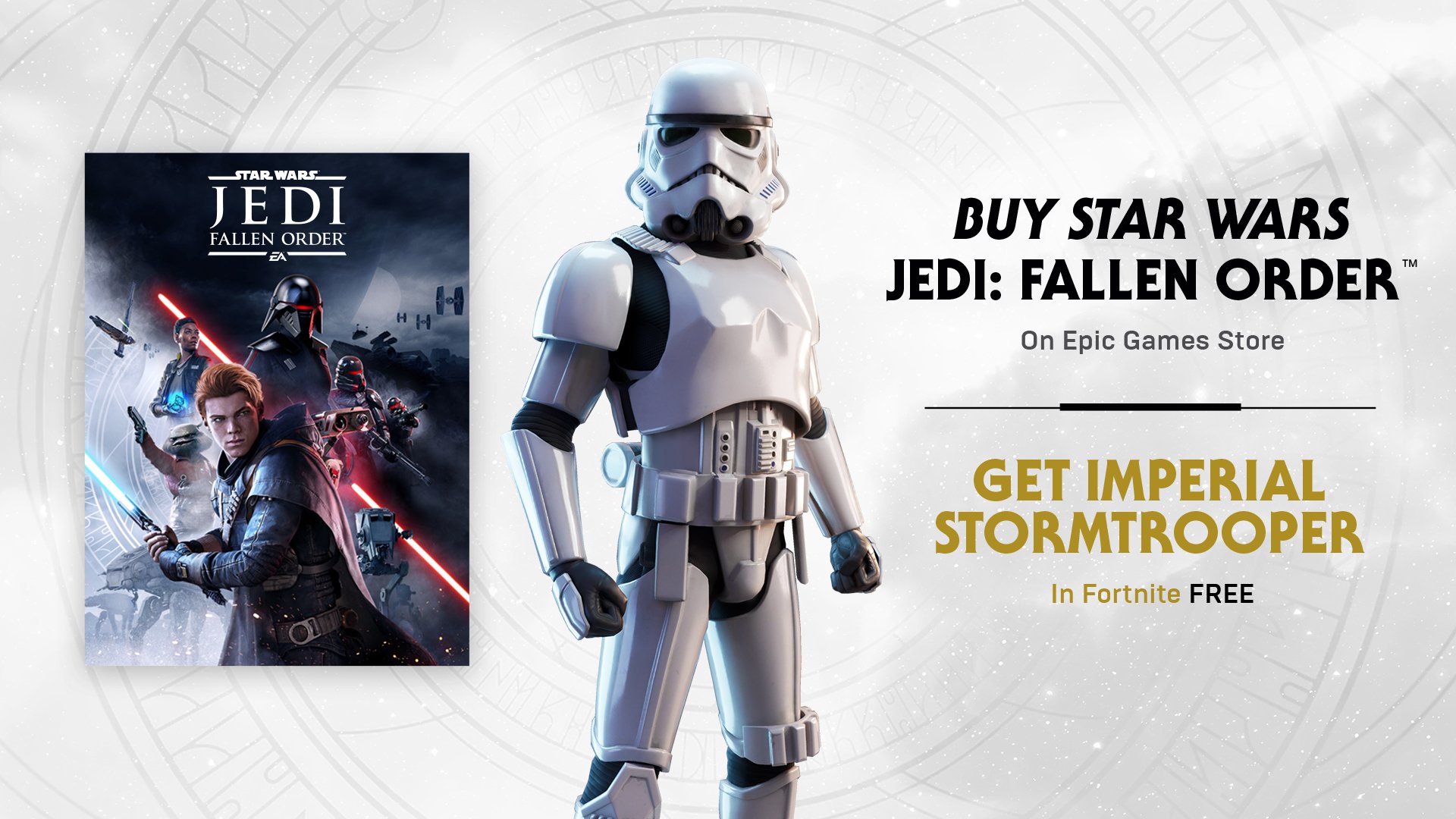 EA and Epic Games is giving away a free Imperial Stormtrooper skin in Fortnite. It’s probably one of the first official Star Wars-themed cosmetics to be released in the battle royale game, which is perfect timing in the currentÂ Star Wars-infested season.

To get the Imperial Stormtrooper skin in Fortnite, all you have to do is buy Respawn Entertainment’s Star Wars Jedi Fallen Order on the Epic Games Store. That’s kind of a scummy plan only the Empire would pull, but hey, both EA and Epic Games are essentially Imperials anyways.

Call on the help of some Epic friends to restore the Jedi Order #JediFallenOrder pic.twitter.com/tMVMQrrTyT

Star Wars Jedi Fallen Order is out now for the PS4, Xbox One and PC. In the meantime, check out the new trailer that debuted at X019 London Inside Xbox last night below.