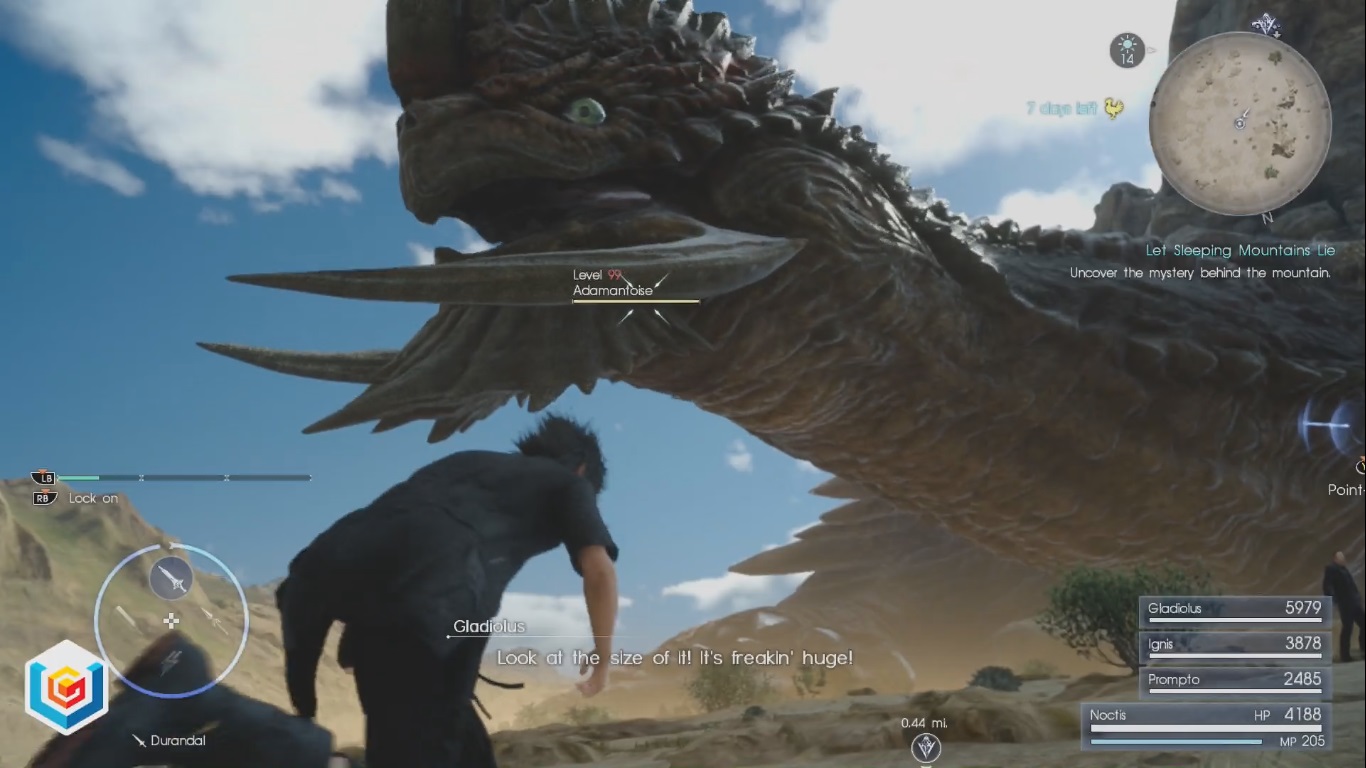 The classic video game boss is a dwindling idea. At a time when open-world and online games have flourished, thereâ€™s little way for an imposing entity to hinder progress, especially when player choice is paramount.

Bosses do offer something unique, however. For some players, the challenge is part of the fun. To make use of every tool the game has to offer and come out on top can be a satisfying feeling. It’s no surprise, then, that there’s been a resurgence of difficult bosses recently.

The renewed thrill of challenging bosses that began with FromSoftwareâ€™s Demonâ€™s Souls expanded into its own unique genre, inspiring other companies to develop games the likes of Nioh and Code Vein.

But tough video game bosses have always been around. In fact, there even exists a whole breed of bosses that, rather than stand in the way of your next objective, act solely as an optional challenge for players that have mastered the game.

Called superbosses, you can see these enemies as finishing lines or stamps of approval that, yes, youâ€™re pretty good at the game.

Most of these superbosses are stronger than even your final bosses, with attacks that make your strut through the story seem like a cakewalk. Theyâ€™re ordinarily hidden and difficult to get to without first fulfilling several tall conditions. The rewards are also paltry â€“ after all, what else could you possibly get for beating the hardest content the game has to offer?

That goes for most of these 10 bosses, which have served as reminders to passionate gamers of their achievements, or what they have yet to achieve. These bosses are the final tests that have remained in peopleâ€™s minds, whether for their sheer impossibility, their significance to the gameâ€™s lore, or their influence on gaming as a whole.

#10. Yuki-Onna and Oda Nobunaga from Nioh

Like the popular Souls series, Team Ninjaâ€™s Nioh prides itself as a game where you will die. Part of the enjoyment of the game comes from studying enemy attacks and, through failure, learning how to overcome them.

But sometimes thereâ€™s a limit to how far you can go, and many gamers felt this when they attempted the A Meeting on the Other Shore sub-mission. The mission is, quite simply, to battle the bosses Oda Nobunaga and Yuki-Onna at the same time.

Thereâ€™s some validity to the missionâ€™s premise in that Yuki-Onna is the incarnation of Oda Nobunagaâ€™s dead wife, Nohime. That they have paired up in a heartfelt reunion is sweet but if youâ€™ve ever fought these bosses individually, you may start to see how this is a problem.

Whilst Yuki-Onna fires several painful projectiles your way, Nobunaga will close the gap with speedy attacks. You donâ€™t want to get pinned by either of them which is, of course, easier said than done.

The key to winning this battle is to focus one of them down and take them out of the equation as soon as possible. Until then, youâ€™ll simply have to pray that you find some room for even a single attack.

#9. Rodin, The Infinite One from Bayonetta

PlatinumGames is a developer thatâ€™s built its success on over-the-top action and challenging bosses. One of its first few games, Bayonetta, instantly became a classic in the hack and slash genre for its bombastic action and creative set-pieces.

Though the series has offered its fair share of challenges, none can match up to Rodin. First introduced as a bartender and weapons dealer to support Bayonetta, heâ€™s secretly also a fallen-angel-turned-demon thatâ€™s canonically one of the most powerful entities in the series.

In the first game, he battles you in his angelic form, assailing you with swift attacks and projectiles. Evading many of these attacks are a rough time in that they do not activate Witch Time (Bayonettaâ€™s innate ability to slow downtime).

The second Bayonetta pits his demonic form against you, and this time heâ€™s more of an aggressive brawler, throwing brutal punches and giving you little time to breathe. For many players, immaculate execution is key to success against Rodin, as well as a keen understanding of their various weaponsâ€™ movesets and accessories.

Warmech holds a special place as the first superboss in the Final Fantasy franchise, which kicked off the series tradition of always including a nigh-impossible boss in each of its mainline titles.

Weâ€™ve held off from mentioning the franchiseâ€™s many superbosses since there are just far too many good ones. FFIXâ€™s Ozma, FFXâ€™s Penance, or FFXIIâ€™s Yiazmat, are all worthy mentions. However, Warmech is undoubtedly symbolic in that it paved the way so that these fan-favourites could come to fruition.

Whether players would encounter Warmech in a regular playthrough boils down to straight luck. Youâ€™ll have to walk around the Flying Fortress, on the bridge leading to Tiamat, if youâ€™re keen on challenging this dangerous foe. Thereâ€™s a 3 in 64 chance of this happening, which isnâ€™t at all high, but could set an unlucky playerâ€™s progress back by quite a lot.

As for the Warmech fight itself, itâ€™ll usually begin with a preemptive strike that immediately forces players on the defensive. On top of a devastating Atomize attack, it can be tricky to keep your allies alive. But good defence is only partly successful in this fight, as Warmech will also regenerate 5% of its health per turn.

Kingdom Hearts is no stranger to difficult hidden bosses, and is also another franchise that hasnâ€™t strayed from that concept. While many might point to Sephiroth as being Kingdom Hearts IIâ€™s biggest superboss, Lingering Will stands as one boss thatâ€™s often underlooked, and forÂ  plenty of good reasons.

If you wanted to fight Lingering Will, you would need to own specific editions of the game. For the longest time, Lingering Will could only be challenged as an added boss in Kingdom Hearts II Final Mix, which was a Japan-only 2007 release. Unless you went out of your way, Sephiroth remained as the strongest superboss for much of the international audience.

Cue Kingdom Hearts HD 2.5 Remix, an English remaster arriving in 2014 that included all of Final Mixâ€™s bonus content. Finally, fans could take on this boss, which has been considered the most challenging in the game and franchise.

To unlock Lingering Will, players have to complete all of the worlds in the game, and then beat the game once more. Once thatâ€™s done, a portal will open at Disney Castle to present players with their final challenge.

Lingering Will is no slouch as he bombards Sora with sweeping attacks all across the wide arena. He can combo you to death and boasts an attack that renders him invulnerable until it ends. On top of magical abilities that can seal your ability to attack or use magic, players will have to be ready to execute the right solutions to any of his actions and to attack only when the situation is right.

The PokÃ©mon series is a largely successful franchise that has long held the tradition of feeding the same gameplay of exploring the world, collecting Pokemon, and battling against other trainers. Youâ€™re always playing as a different protagonist in each iteration, but sometimes itâ€™s nice to relive past memories by meeting old faces.

The Pokemon Red and Blue games represent the first-ever PokÃ©mon titles ever made, and feature the character Red as the original trainer that fans could control.

In PokÃ©monÂ Gold and Silver, those that conquer all 16 Gyms would be treated to duel against him atop the summit of Mt. Silver. For fans of the original games, or even just Gen 1 Pokemon, itâ€™s a great nostalgia trip.

Red commands a complete set of evolved Gen 1 PokÃ©mon, including Charizard, Venasaur, Blastoise, Espeon, and Snorlax. He even has his trusty Pikachu join in on the fight. To successfully defeat him, youâ€™ll need to build your own team thatâ€™s adequately levelled and capable of countering his own roster of classic pocket monsters.

What better way to become the very best like no one ever was than to beat the person that started it all?

SHOW ME THE REMAINING 5…

Kakuchopurei's Best Games Of 2019 So Far