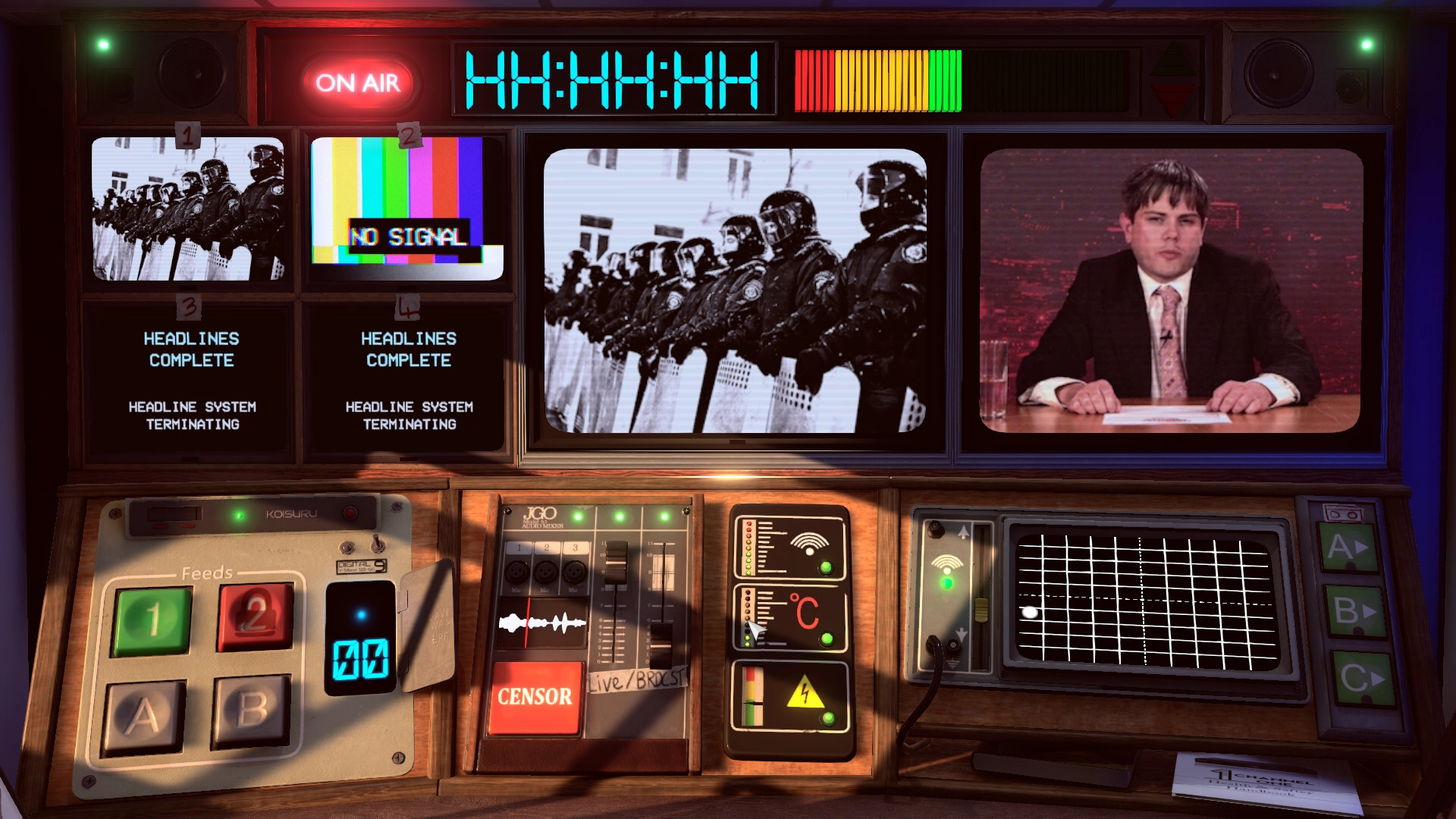 Imagine Papers, Please but instead of deciding who passes the immigration checkpoint, you decide what to show on national television.

The folks overs at NotGames have finally released the early access version of Not for Broadcast. It’s their new game that puts you in the role of managing and editing the National Nightly News. As labeled on the box, it’s basically a propaganda sim.

Unlike Papers, Please, Not for Broadcast takes a more satirical route in its tone and atmosphere. It takes place in the 1980s and you’ll see a lot of outrageous but sometimes comically honest portrayals of politics, social developments, and more.

This is an actual job you’re doing so you’ll be paid if you do it well. It gets a bit more complicated when you face dilemmas such as having to promote faulty toys made by companies willing to pay you a huge sum of cash.

During the news segments, you control which camera feed is broadcasted onto people’s TVs and also censor any inappropriate words. More importantly, your editing skills decide how you frame a certain piece of news. Run the story on a politician’s scandals or highlight his charity events?

Baby Yoda Has A Name & Taika Waititi Knows What It Is