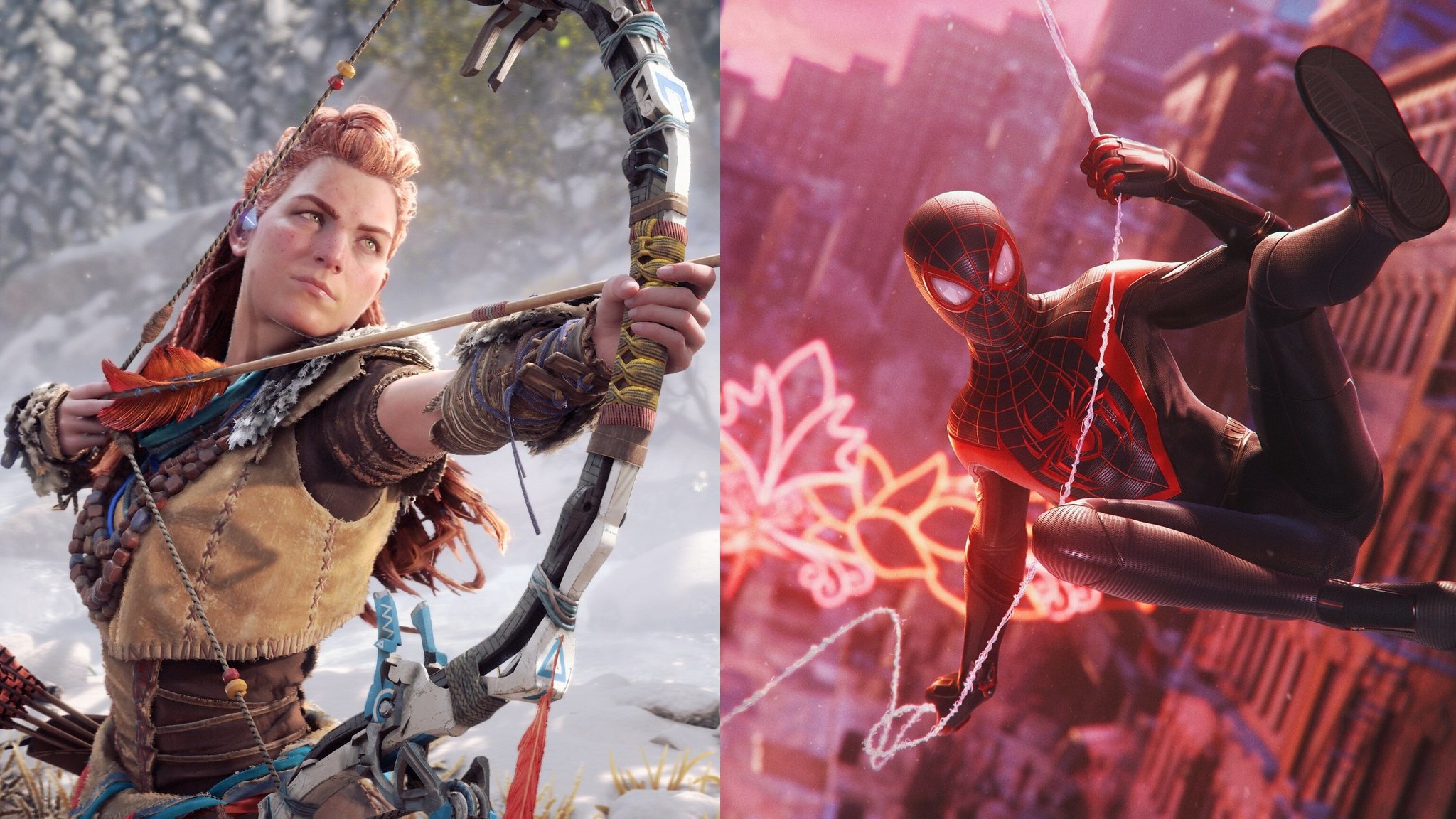 During the PS5 – Future Of Gaming live stream, Sony announced many of the upcoming games slated to arrive on the PlayStation 5 in the future. These include both third-party and first-party exclusives, which you can check out below:

The first game to be revealed during the live stream isn’t exactly a new title, but it’s a big one nonetheless. Rockstar Games is bringing Grand Theft Auto V to the PS5 sometime in the second half of 2020.

It will feature a range of technical improvements, visual upgrades and performance enhancements to take full advantage of the consoleâ€™s powerful new hardware. In addition, a new standalone version of GTA Online will also be available for free exclusively for PS5 players during the first three months.

Starting today, all PlayStation Plus members on PS4 will get GTA$1,000,000 (deposited within 72 hours into their in-game Maze Bank account) each and every month that they play GTA Online until the eventual launch of GTA Online on PS5.

Polyphony Digital has announced Gran Turismo 7. It will feature everything from classic vehicles and tracks to the reintroduction of the legendary GT Simulation Mode, as well as promising an even more realistic driving experience thanks to haptic feedback and immersive 3D audio.

Insomniac Games announces another PS5 exclusive game with Ratchet And Clank: Rift Apart, showing Ratchet and Clank travelling through multiple dimensions and alternate worlds. There’s even one with a pink female “Ratchet” lombax.

Project Athia is a new story-led and action-packed adventure from Square Enix’s new studio, Luminous Productions. It is slated to be launch for the PS5 and PC, but no release date or window has been given.

Stray is a unique experience from BlueTwelve Studio and Annapurna Interactive, where players will assume the role of a cat in what seems to be a dystopian world with robots. It is slated to be launch for the PS5 and PC sometime in 2021.

Housemarque revealed their new game, Returnal. It combines action with roguelike gameplay into a third-person shooter where players fight to survive a hostile planet that changes with every death. Players can switch instinctively between firing modes by using a single adaptive trigger and can get right back into the action after dying.

Iconic PlayStation hero from the Little Big Planet franchise, Sackboy returns in an all-new 3D adventure with a deeply immersive and expressive control scheme. Players can go on this epic platforming journey solo-style, or they can team up with friends for collaborative, chaotic multiplayer fun.

From developer Lucid Games, this looks like Rocket League meet Twisted Metal. It is slated to be launch exclusively for the PS5, but no release date or window has been given.

Kena Bridge Of Spirits is a story-driven action-adventure from developer Ember Lab, set in a charming world rich with exploration and fast-paced combat. Players find and grow a team of tiny spirit companions called the Rot, enhancing their abilities and creating new ways to manipulate the environment.

It is slated to be launch for the PS5 and PC, but no release date or window has been given.

Goodbye Volcano High is a cinematic, choice-based narrative game from Montreal-based studio KO_OP, set in the final year of school for a bunch of dinosaur teens, on the cusp of graduation and the rest of their lives.

Based on the concept of Scavengerâ€™s Economy, players will loot from trash cans, pickpocket, and search through lockers for items to craft into weapons and tools to use to help save fellow Mudokons while they try to unlock the dark secrets behind Brew.

Oddworld Soulstorm gives you more choices to replay with different approaches, along with light RPG elements, leaderboards, trophies for completionists, and a progression system.

It is slated to be launch for the PS5 and PC, but no release date or window has been given.

From Shinji Mikami and the team at Tango Gameworks comes Ghostwire Tokyo, a next-gen action-adventure game coming to PS5 and PC sometime in 2021.

Players can explore a beautiful city that blends ultra-modern cityscapes and stunning ancient shrines. Armed with a bevvy of formidable, upgradeable powers, they will face off against evil spirits (referred to as The Visitors) haunting the city of Tokyo.

Jett: The Far Shore is a new cinematic action-adventure from Superbrothers that invites you to embark on an interstellar trip. Carve out a future for a people â€˜haunted by oblivionâ€™ while skimming over an ocean of music and 3D sound.

From Counterplay Games comes Godfall, where players are the last of the Valorian knights, god-like warriors able to equip Valorplates, legendary armour sets that transform wielders into unstoppable masters of melee combat.

They will be able to master five weapon classes, unlock various Valorplates through gameplay, level up and learn new skills, and choose to fight solo or alongside friends with three-player PvE online co-op play.

Hitman 3 is the dramatic conclusion to the World of Assassination trilogy and will put players back into the shoes (and stylish suit) of Agent 47, a ruthless professional assassin who must take on the most important contracts of his career.

Astro and his crew lead players on a magical introduction through PS5 in this fun platformer that will come pre-loaded exclusively on the PS5. There will be four worlds, each of which is based on the PS5â€™s console components.

Little Devil Inside is an action-adventure RPG from developer Neostream with survival elements set in an atmospheric, semi-open world. The trailer reveals new scenes, monsters and glimpses of gameplay in various environments.”

It is slated to launch for the PS4, PS5, and PC, but no release date or window has been given.

Featuring 19-year-old New Orleans Pelicans rookie Zion Williamson, players can look forward to next-gen sweat (no, really). It is slated to release for the PS5 and Xbox Series X in Fall 2020.

Bugsnax is a first-person adventure, where players play as a journalist who receives a mysterious film from the disgraced explorer, Elizabert Megafig. Lured by the promise of a great story, players travel to the island to interview Elizabert and her group of misfit grumpuses, hunt Bugsnax, and solve the mysteries of the island.

From JAPAN Studio and Bluepoint Games comes a remake of the PlayStation classic, Demonâ€™s Souls. Entirely rebuilt from the ground up and masterfully enhanced, this remake invites players to experience the unsettling story and ruthless combat of Demonâ€™s Souls in unparalleled visual quality and incredible performance.

The remake slated to be launch exclusively for the PS5, but no release date or window has been given.

From Dishonored franchise developer Arkane Studios comes Deathloop, a new immersive first-person shooter, where the main antagonist might be another player. Players willÂ experience Deathloopâ€™s main story as Colt, hunting down targets across the island as you try to break the loop.

Meanwhile, another player might temporarily enter the story in the role of Julianna, a rival assassin with her own singular goal: Protect the loop by eliminating Colt.

Of course, if players are feeling particularly villainous, they can slip into the shoes of Julianna themselves, jumping into someone elseâ€™s Blackreef for a tense game of cat-and-mouse.

However, this multiplayer invasion element is completely optional. The game is slated to launch for the PS5 and PC in Holiday 2020.

Resident Evil Village is the eighth main entry in Capcom’s Resident Evil franchise. Taking place a few years after the events of Resident Evil 7 (in which protagonist Ethan Winters travelled to Louisiana to search for his missing wife, Mia), Resident Evil Village sees the reunited Mia and Ethan living happily together and putting their shared nightmares of the Bakerâ€™s plantation house behind them.

finally able to move on from those horrifying events, Ethanâ€™s world suddenly comes crashing down once again when Chris Redfield, an unexpected yet familiar face makes an appearance, setting off a chain of events that sees a distraught Ethan seeking answers to Chrisâ€™s shocking actionsâ€¦ and ultimately finding him in a mysterious village.

This will retain the first-person perspective of its predecessor, but with a greater focus on combat and exploration. It is slated to release for the PS5, Xbox Series X, and PC sometime in 2021.

Pragmata is a mysterious new game from Capcom. Little is known about the game, but the trailer shows a man in a spacesuit grappling with reality-bending stuff and he somehow ends up on the moon with a girl.

Guerilla Games announces the sequel to 2017’s Horizon Zero Dawn with Horizon Forbidden West. It will pick up where the previous game left off, with Aloy heading out further west to a post-apocalyptic America to counter a new threat.

The trailer shows off new gameplay mechanics like underwater exploration and massive new robotic creatures to battle (including giant machine mammoths) It is slated to release exclusively for the PS5, but no release date or window has been given.

You can also watch the entire presentation below: